On Mother's Day special, in an exclusive conversation with Bollywoodshaadis, Vinny Arora shared the kind of pregnancy phase she is going through right now with her hubby, Dheeraj Dhoopar. Check out!

Dheeraj Dhoopar and his darling wife, Vinny Arora are one of the most adored couples in Tinseltown. The duo never misses a chance to win millions of hearts with their cute camaraderie. Currently, the much-in-love couple is on cloud nine as they will soon embrace parenthood for the first time. For the unversed, the couple had tied the knot on November 16, 2016.

It was on April 2, 2022, when Vinny Arora and Dheeraj Dhoopar had left their massive fanbase in awe with their cutesy pregnancy announcement. They had taken to their respective IG handles and had posted two adorable pictures showing off their sonography report in a collaborative post. Alongside it, the couple had revealed the month when they are expecting their baby. Their caption could be read as: 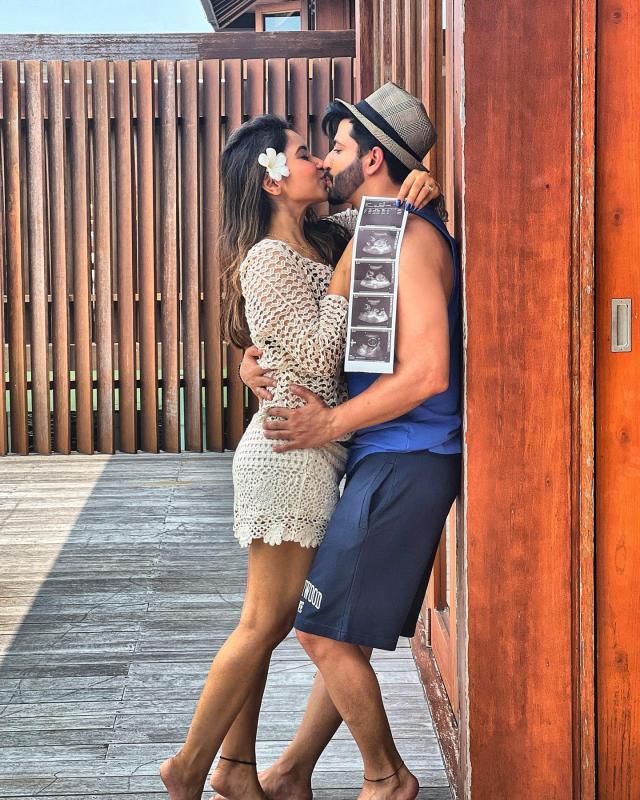 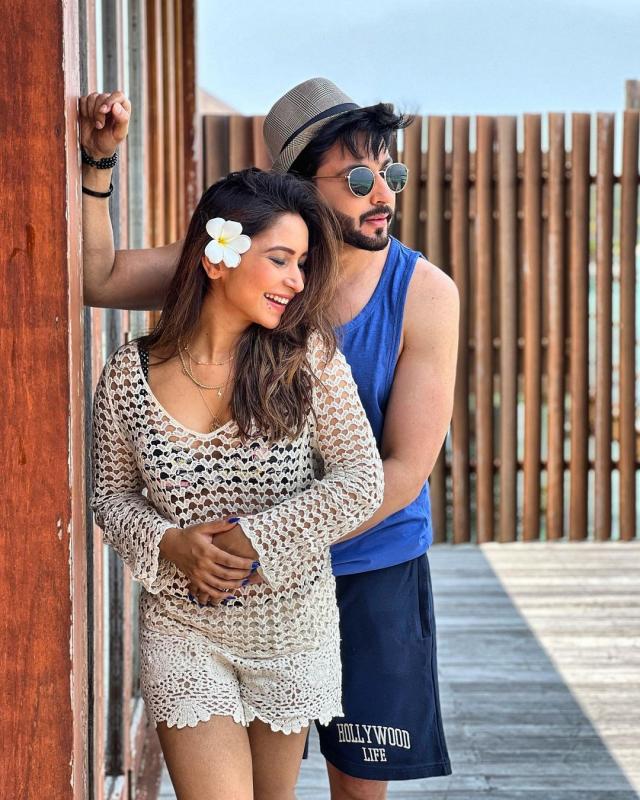 In an exclusive conversation with Bollywoodshaadis, Vinny Arora revealed that she and her hubby, Dheeraj Dhoopar had found out about their 'good news' in December 2021. She added that their baby is neither a surprise to them, nor that they had planned in this way. However, the mommy-to-be mentioned that they didn't want to have a baby at the time of the pandemic, amidst so much negativity. Talking about the same, Vinny said:

"I wouldn't say this baby was planned nor would I say that this came as a surprise to us. Yes, it's true that we did want to wait after our marriage, we did want to enjoy the marital bliss as they call it. We wanted to take our time, we wanted to spend time with each other, we wanted to travel the world, so yes that's why we took time and also, we did not want to have a baby in lockdown in so much negativity and so much uncertainty. You know so much bad news coming your way, so it just didn't feel right. We wanted to celebrate it with our parents, with our families, with our friends. We wanted to be calm, we did not want to be full of anxiety you know because life was so unpredictable at that time." 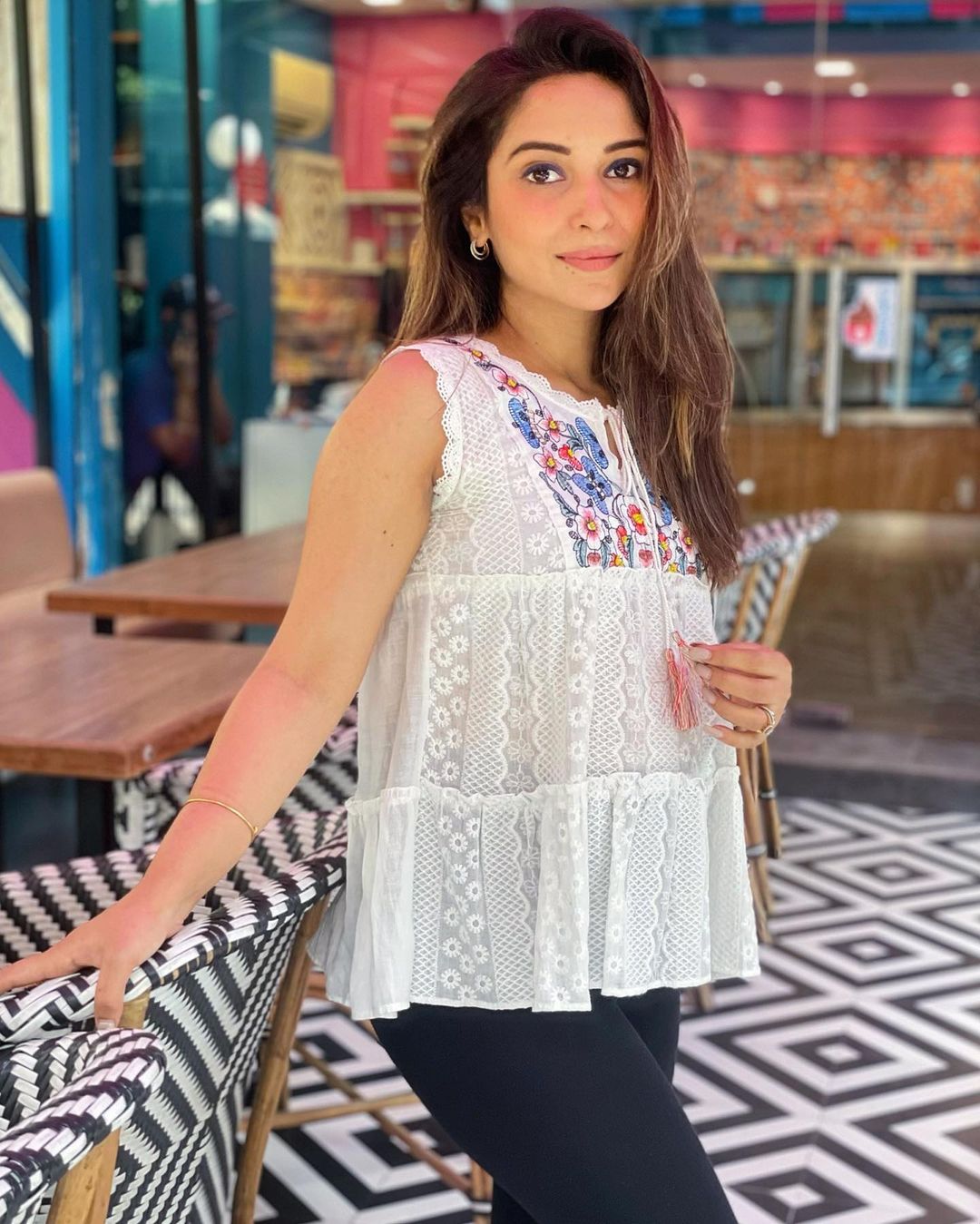 In the same conversation, Vinny revealed that upon learning about their 'good news', both her and Dheeraj's parents, who insisted on a grandchild, had become the happiest. Further, answering about the kind of pampering she is getting, she mentioned that it's one of the sweetest phases of her life when she is almost getting everything done without even asking for one. She mentioned:

"Oh, I have only heard about the pampering that you get when you are pregnant but this is something. I tell you that I have always been the pampered one but this is next level pampering where I don't have to tie my shoe laces, I don't have to pick up what I drop, I get massages whenever I want, I get to eat whatever I want, I get to do whatever I want. I dictate my terms and they happily oblige to it so it's really sweet as I get to boss around my nieces, seek attention from Dheeraj or my parents. Everybody does what I want, not just me doing whatever I want. Everybody listens to me and everyone is so emotionally supportive and physically there for me and they come to see me. And I think this is one of the sweetest things and the best phase of our lives." 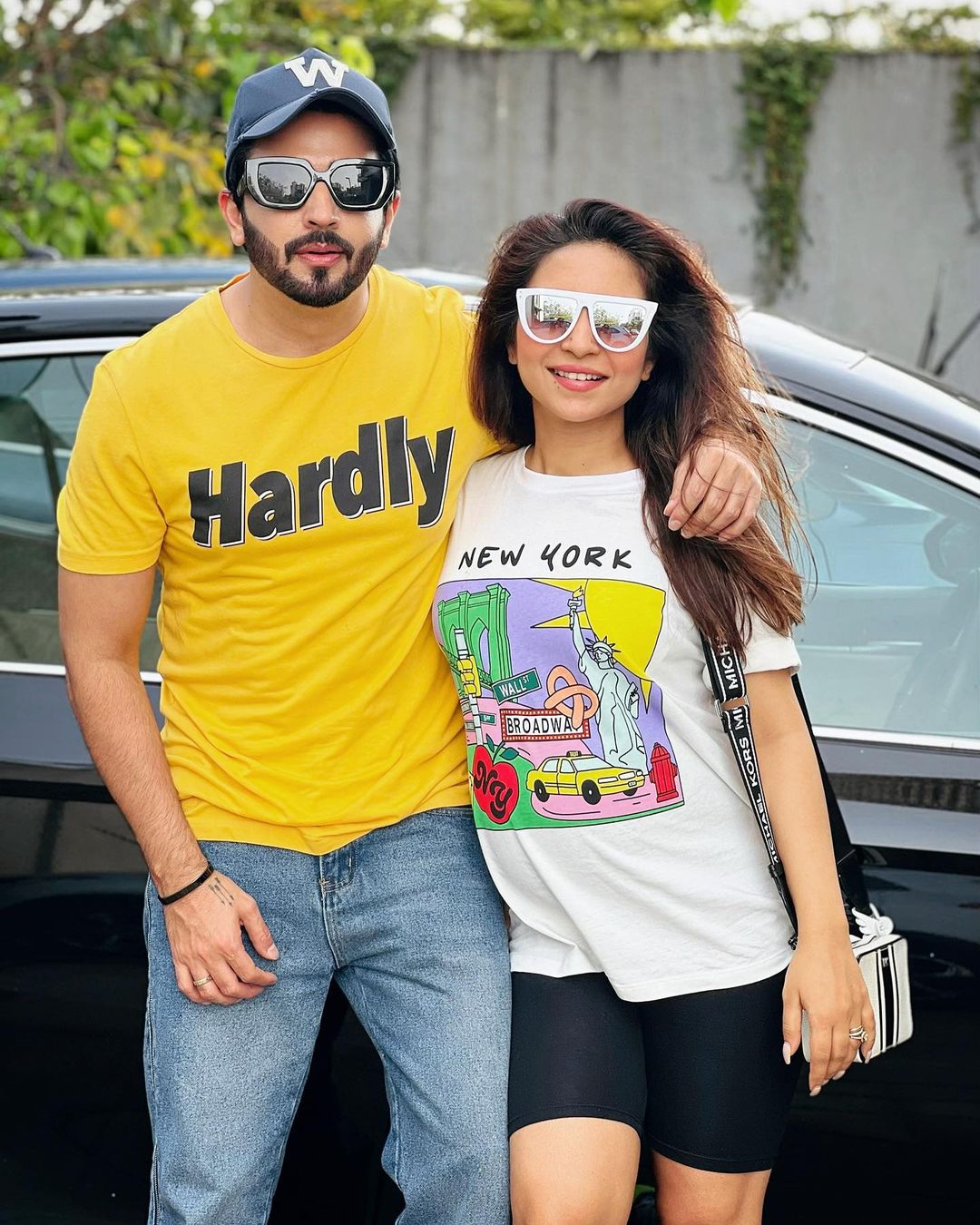 Further, in the same conversation with Bollywoodshaadis, Vinny talked about the kind of cravings she has been having for the last few days. She mentioned that only in the seventh month that she started having cravings for chocolates and added:

"Honestly, I do not had too many cravings until now. It's only now that I have entered my seventh month, I crave a lot for chocolates or anything sweet but I don't think it's anything got to do with the pregnancy because I have always had the sweet tooth so now I have just got an excuse. So more than a craving I feel it's just me basically that's it. I don't know when you get the cravings I think in the second trimester but I am touching my third now, so not that much I guess. But yes I crave for Dheeraj like I eat what he craves for, it's funny but it's true." 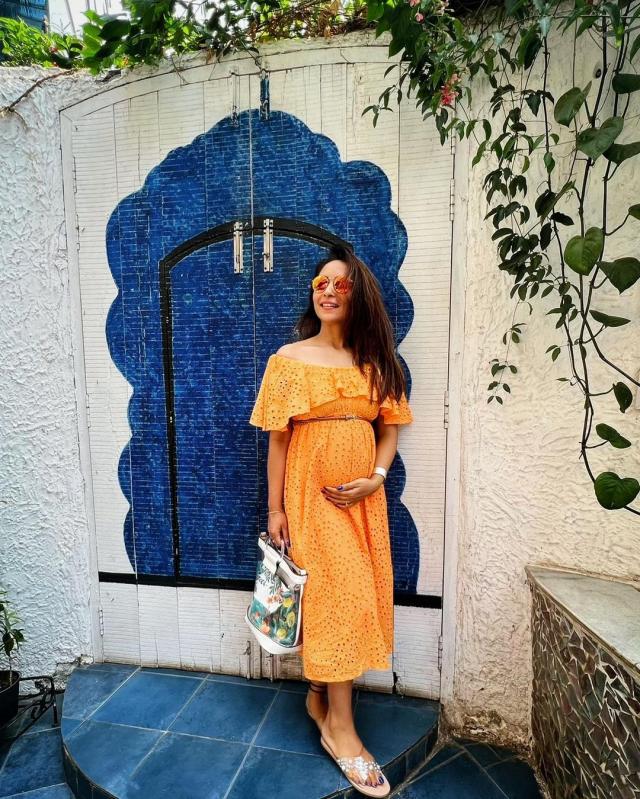 She also mentioned the 'hunky-dory' type of mental health she is going through right at this moment. However, with her husband's support and their fur baby, she is having a peaceful pregnancy period. She said:

"You know so much has been said about mental health during pregnancy and your hormones go for a toss and you feel nervous, you feel anxious but I don't want to sound like a hunky-dory but it's true that I have a relatively peaceful pregnancy as Dheeraj has been very very supportive. And I have a dog with me he is my son. If ever at all I feel anxious which is very rarely but if I do then I have him, I have Dheeraj and the love of my family around and I am in the comfort of my own home. And this is one of the reasons why I don't want to have a baby during the pandemic and now everything has gotten better so I don't have a issue with my mental health touchwood so yeah I have been lucky with that." The mommy-to-be also revealed in the exclusive conversation with Bollywoodshaadis that she is doing prenatal yoga, the basic stretching, basic asanas and breathwork and that she also goes for evening walks. When Vinny was asked about the kind of plans she and Dheeraj have made for their baby, she mentioned that she has already started making space in her wardrobes, and this spoke volumes about her happiness right now. Vinny added:

"No, like I said I am not an overthinker, I am not an overpreparer. We are going slow as we still have two or two and a half months as I have only touched my seventh month. So we are gonna start shop for the nursery only now . Ofcourse I am making space in my wardrobes, in my homes you know giving away the extra stuff because we have a lot of stuffs in our wardrobes. I think a lot of that has to go because we gonna have a lot of baby stuff coming around so yeah I haven't done anything just as yet." Finally, concluding the interview, the mommy-to-be threw light on the kind of parents she and her darling hubby would be. She mentioned that Dheeraj is intelligent and would definitely spoil their kid, thus she would be the strict one amongst them. Sharing the same, Vinny concluded by saying: 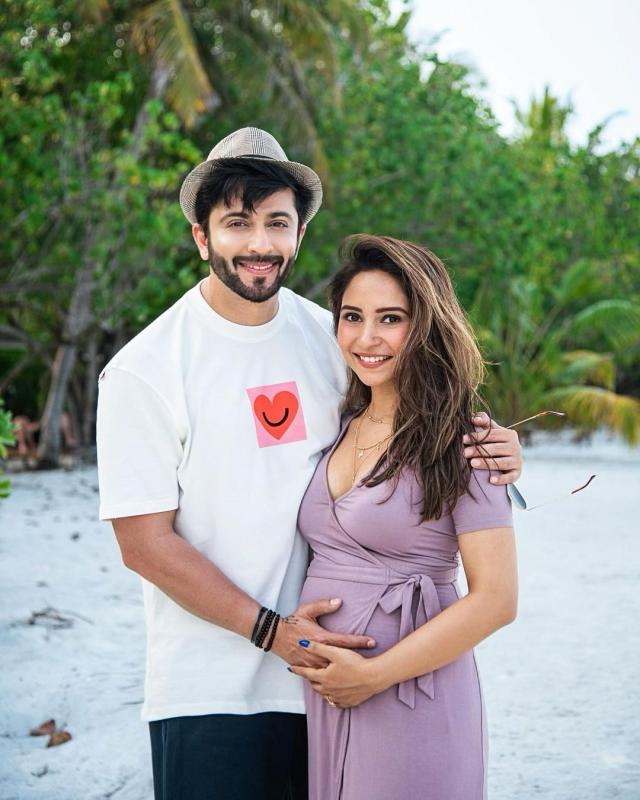 Well, we are super excited to see the first glimpse of Vinny's little one. What about you? Let us know. Television actors, Dheeraj Dhoopar and Vinny Arora are the most adored couple in the entertainment industry. From being each other’s loudest cheerleaders to the best companions, the couple never fails to serve major couple goals. Since Vinny is pregnant with their firstborn, the doting husband has become more protective and