To mark achieving the milestone of completing 3000 episodes, the entire 'Yeh Rishta Kya Kehlata Hai' team had organised a havan to seek God's blessings followed by a party for the cast and crew.

Love them or hate them but there is no ignoring them! Everyone would admit to their guilty pleasure of watching TV serials with multiple comebacks of the actors in the show, rising from the dead like a phoenix and numerous leaps within a few months. In the age of digitalisation and OTT services, somewhere deep down inside we all have a soft corner when it comes to whether Kartik and Naira are still together or what Mr Bajaj had done to create a rift between Anurag and Prerna. And one such show that still remains intact in front of us even after a decade of it debut is none other than Yeh Rishta Kya Kehlata Hai. (Also Read: Tahira Kashyap Wishes Her 'Lovely Human' Ayushmann Khurrana On His Birthday With A Peck On His Cheek)

Be it Akshara Singhania and Naitik Singhania’s old-school romance or Naira Goenka and Kartik Goenka’s modern chemistry, in the 3000 episodes of Yeh Rishta Kya Kehlata Hai we have loved it all! More than the show completing 3000 episodes, Yeh Rishta Kya Kehlata Hai has grabbed the headlines for turning into matchmakers for their team. From Hina Khan and Rocky Jaiswal, Kanchi Singh and Rohan Mehra, Priyanka Udhwani and Anshul Pandey, Lata Sabharwal and Sanjeev Seth and last but not the least, the main current protagonists of the show, Mohsin Khan and Shivangi Joshi, for them it wasn’t ‘Rab Ne Bana Di Jodi’ but it was, ‘Yeh Rishta Kya Kehlata Hai-Ne Bana Di Jodi’. 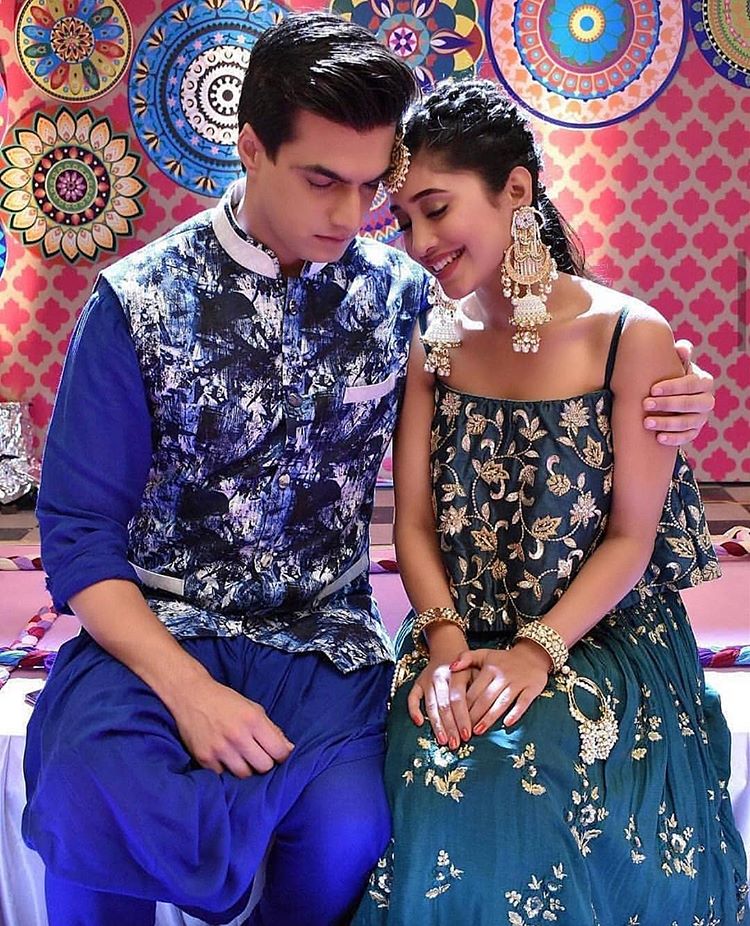 To mark the milestone of completing 3000 episodes, the entire Yeh Rishta Kya Kehlata Hai team had organised a havan to seek God’s blessings. Also, producer, Rajan Shahi had hosted a gathering as well at his residence on September 11, 2019, to celebrate the 3000-episode milestone. At the celebrations, the reel-turned-real-life couple, Mohsin Khan and Shivangi Joshi gave special dance performances for their fans and needless to say, their chemistry once again stole our hearts away!

Sharing the same video to celebrate their journey with Yeh Rishta Kya Kehlata Hai, while Mohsin Khan had written on his Instagram, “First time In the History of Indian Television A show completes 3000 Episodes!!! YEH RISHTA TEAM started shooting on 11th September 2008 and exactly 11 years later on 11th Sep. 2019... We feel SO blessed! Every single person infront and behind the camera have worked day n night right from d 1st day to make this happen. THANKYOU RAJANSIR FOR DREAMING OF SOMETHING SO MASSIVE AND FOR LETTING US BE A PART OF THAT DREAM.” Shivangi Joshi had captioned her post as “Congratulations to the entire team #yrkkh I really feel fortunate to be an integral part of yrkkh and blessed to work with such a great team.. Thankyou @rajan.shahi.543 sir for everything...I will always make you proud.. #LoveYouYRKKH3000 @rajan.shahi.543 @directorskutproduction Congratulations again.. #3000.” (Also Read: Anushka Sharma Gives Peck To Emotional Virat Kohli After Hearing Incident About His Father's Demise)

Mohsin Khan and Shivangi Joshi steal the limelight wherever they go with their sizzling chemistry and immense love for each other. Mohsin and Shivangi along with their Yeh Rishta Kya Kehlata Hai co-stars, Rishi Dev and Gaurav Wadhwa had danced on Gallan Goodiyan at Mohena Kumari Singh and Suyesh Rawat’s engagement ceremony and it was all hearts. Soon the bride-to-be, Mohena Kumari Singh had joined her Yeh Rishta Kya Kehlata Hai team and they had all shaken their legs on Aankh Maare.

In September 2018, Mohsin Khan had shared with his fans, the news of his sister, Zeba Khan’s engagement. And on January 6, 2019, Zeba and Taha became each other’s forever in a nikaah ceremony. At her sangeet ceremony, Mohsin Khan and his ladylove, Shivangi Joshi had set the stage on fire with their well-coordinated dance steps on the song, Chogada from Loveyatri. 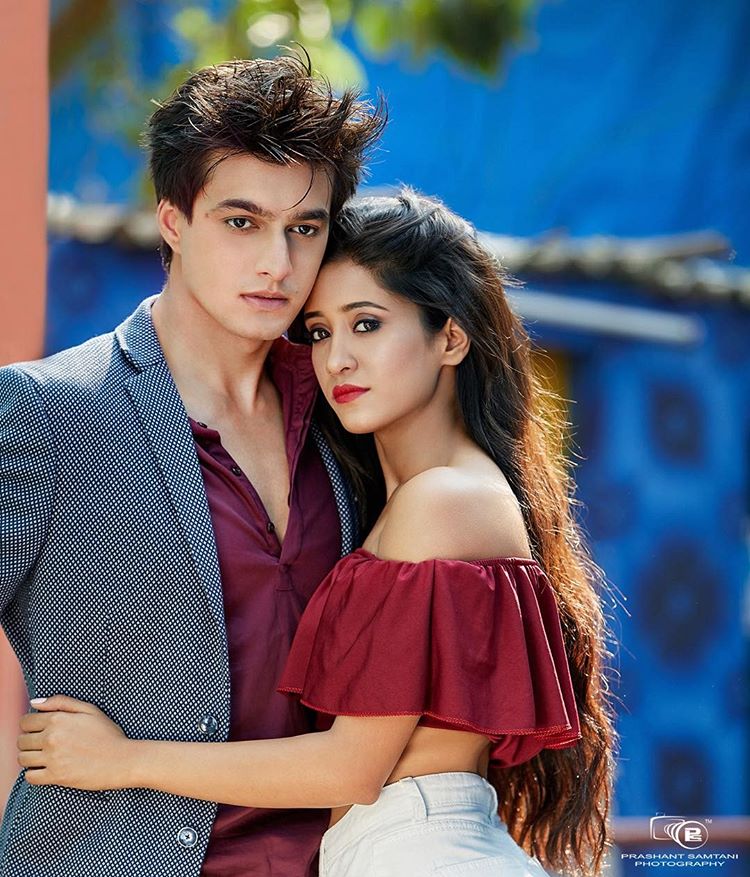 On Mohsin Khan’s birthday in 2017, Shivangi Joshi had written a heartfelt birthday message for him with a lovely picture together, which she had captioned as “There's nothing more special than a super special friend like you. Hope your birthday is especially special like you. May the sweetest of your sweet dreams come true on the sweetest day of the year...your birthday! Happy birthday to the sweetest, sweetilicious sweetie of a sweetheart. I’d also like to say thank you for sharing with me all of the wonderful memories, and I hope we will make many more together in the future. @khan_mohsinkhan” (Also Read: Ravi Dubey Finally Reveals 'Baby' Plans With Wife, Sargun Mehta, Talks About Their Life Together) 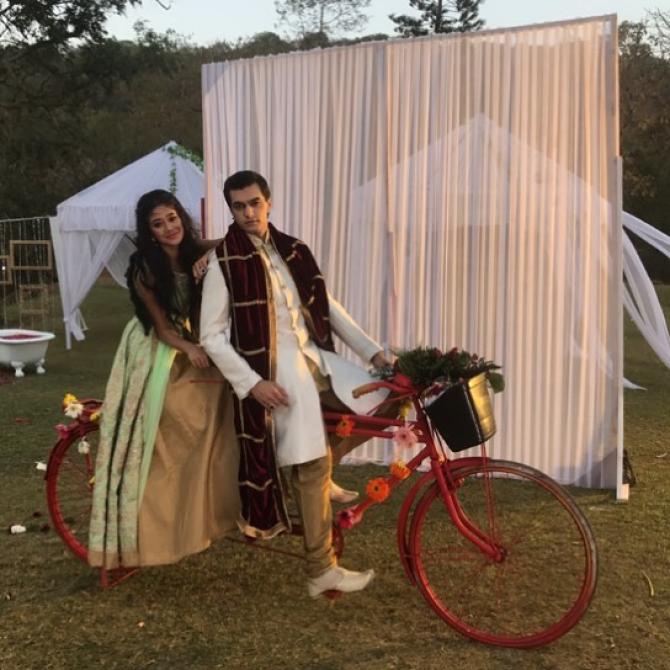 How did you like Mohsin and Shivangi’s off-screen chemistry? Keep us posted!