She Came In 'Roadies' Season 6, He Came In Season 8, This Is How Love Happened Between Them!

She Came In 'Roadies' Season 6, He Came In Season 8, This Is How Love Happened Between Them!

She is beautiful; he is handsome. She is caring; he is supportive. They participated in MTV’s famous reality show, Roadies to win it, little did they know that they will fall in love with each other. While they were travelling for the show from one place to another, their love travelled with the same zeal.

Famous MTV VJ Gaelyn Mendonca Gets Married To Her Long-Time Boyfriend, Pictures Inside!

Yami Gautam Opens Up About The Beginning Of Her Love Story With Aditya Dhar, Details Inside 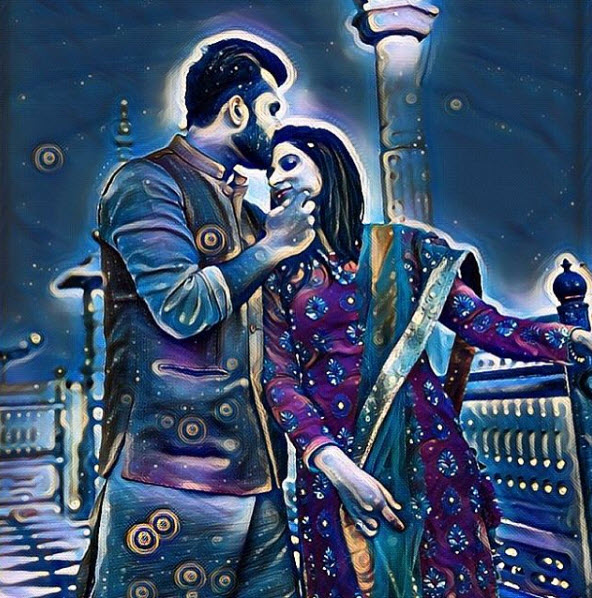 We are talking about none other than, Roadies season 6 contestant Roop and season 8 contestant Mohit. Wondering how come they met and love brewed when they participated in two different seasons? Well, for the answer you need to continue reading! Roop and Mohit got engaged in a close-knit ceremony on February 15, 2017, and walked down the aisle on April 19, 2017. The couple is head-over-heels in love with each other. In a candid chat with us, Roop and Mohit talked about their love chronicle for the first time. In addition to this, they also put some light on life after marriage. 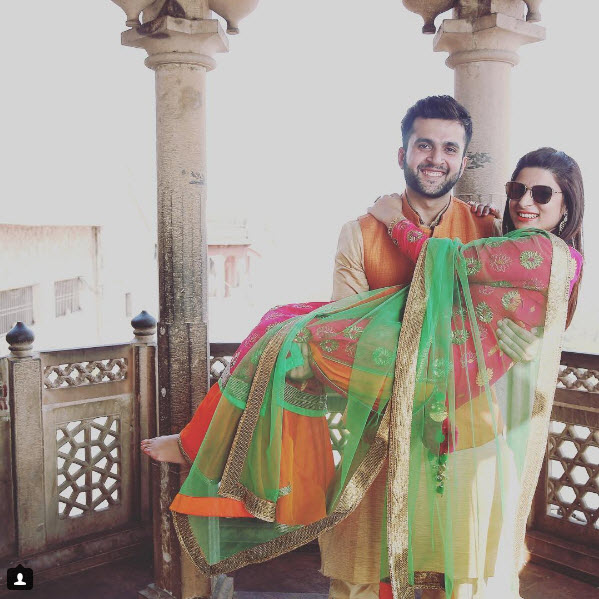 First impressions of each other?

“I don’t know, I have never thought about it. I know she would have thought of me as a brat like most of the people. Okay, so yeah, my first impression of Roop is that she is way out of my league."

“In season 10 we old Roadies contestants were called and Mohit missed his flight. And I stopped watching the show after my season, and I did not know who Mohit is. We left from Delhi and reached Guwahati and this Mr. Mohit wasn’t there. We had to go to Nagaland and we had to wait for him half way for two hours. So, I had a very annoying sort of an impression. And when he came, I was like okay fine he looks macho and we were waiting for him, fair enough!”

You Might Like: 6 Smart Tips For Indian Brides To Make A Good Impression On Their In-Laws After Wedding 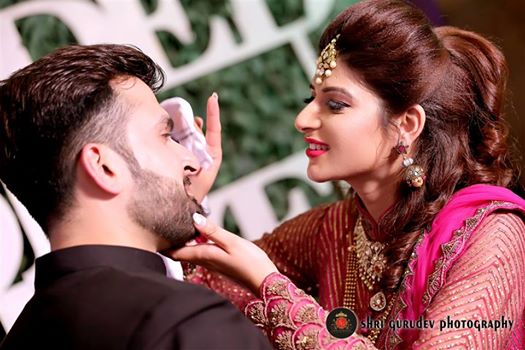 When did love happen between you two?

“It basically began with a sense of deep respect. We spend a lot of time together while working. We had to travel for days together. So, we got to spend sufficient time together. We met during season 10 and she didn’t watch my season at all. We totally didn’t know each other. We became friends gradually during the show. We didn’t have gadgets, no newspapers nothing on the show. So the only thing, we could do is talk to each other, and we were very comfortable in each other’s company. Then, we started looking out for each other on the show.” “We could relate to each other because we both belong from Punjab. Though we are completely different people when it comes to music, culture, tastes, and all. She likes folk, she likes poetry, Ghazals, etc. I’m totally into EDMs and all. We just got clicked! Then, after the show, we kept in touch. We used to talk to each other. After a year or so when we realised then we started dating.”

You May Also Like: From On-Screen Bandhan To Real Life Bandhan: Arranged Love Of Aniruddh Dave And Shubhi Ahuja The most romantic thing you have done for each other?

“Not too much, I am the romantic one waise! Once she gifted me a handwritten card where she wrote her heart out on me being a part of her life. I still have that with me.”

“So, I am a great fan of Al Pacino. We had a big fight. He was in Ludhiana and I was in Noida, Delhi. So, he left his office at around 5 in the evening and came all the way to Noida. 10:30 he reached Noida and surprised me then and there by coming. And then I noticed a beautiful package in his hand and he says, ‘check what it is’ I was like, I am obsessed with my pictures so it would be my picture. So, he was like no, this is something you can’t get over with. And then I see Al Pacino’s photo and I was like OMG. And that was the most romantic thing he has ever done for me."

Recommended: No Pheras, No Nikaah, This Hindu-Muslim Couple’s Wedding Video Will Bring Tears Of Joy In Your Eye

So, what made you think that he is the guy you wanted to be with for the rest of your life?

“So, I have a huge friend circle, but I was never ever comfortable with anyone the way I was with him. You know that one person in front of whom you don’t have to think. So, that’s the thing that has always motivated to be with him. And even when we tried to move on in life, we couldn’t. I always kept finding him in other guys and he always kept finding me in other girls. It just happened and got beautiful by each passing day. We don’t find that peace in anyone else." 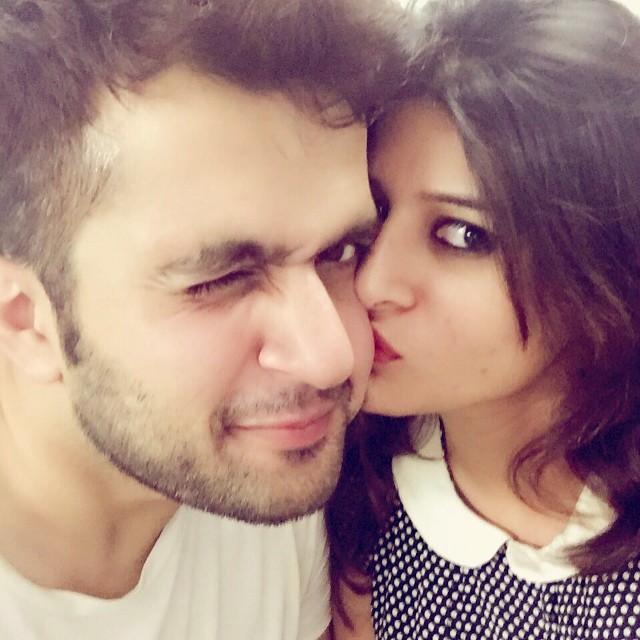 What are those qualities you love about each other?

“She is basically a complete package. She is smart just as we say, beauty with brain."

“Before meeting him, I used to be in my protective shell. The one who made me come out of it, feeling fully secure is him. He is supportive, he is a complete family man, emotional very strong. He won’t let me go weak ever. In fact, he takes care of my dreams more than I do. I am writing a novel, and he keeps pushing me to you know keep writing." Don't Miss: 8 Bollywood And Television Celebrities Who Were Engaged But Never Got Married To Each Other

How has marriage brought a change in your life?

“I’m really surprised about the fact that how natural t is feeling. There is no different feeling at all. Even I think, she is comfortable too."

“The life has just changed in a way that I am now living with a new family. I was actually looking forward to experience this life. Nothing changes as such, but in a more beautiful way. Everything is very comfortable around." 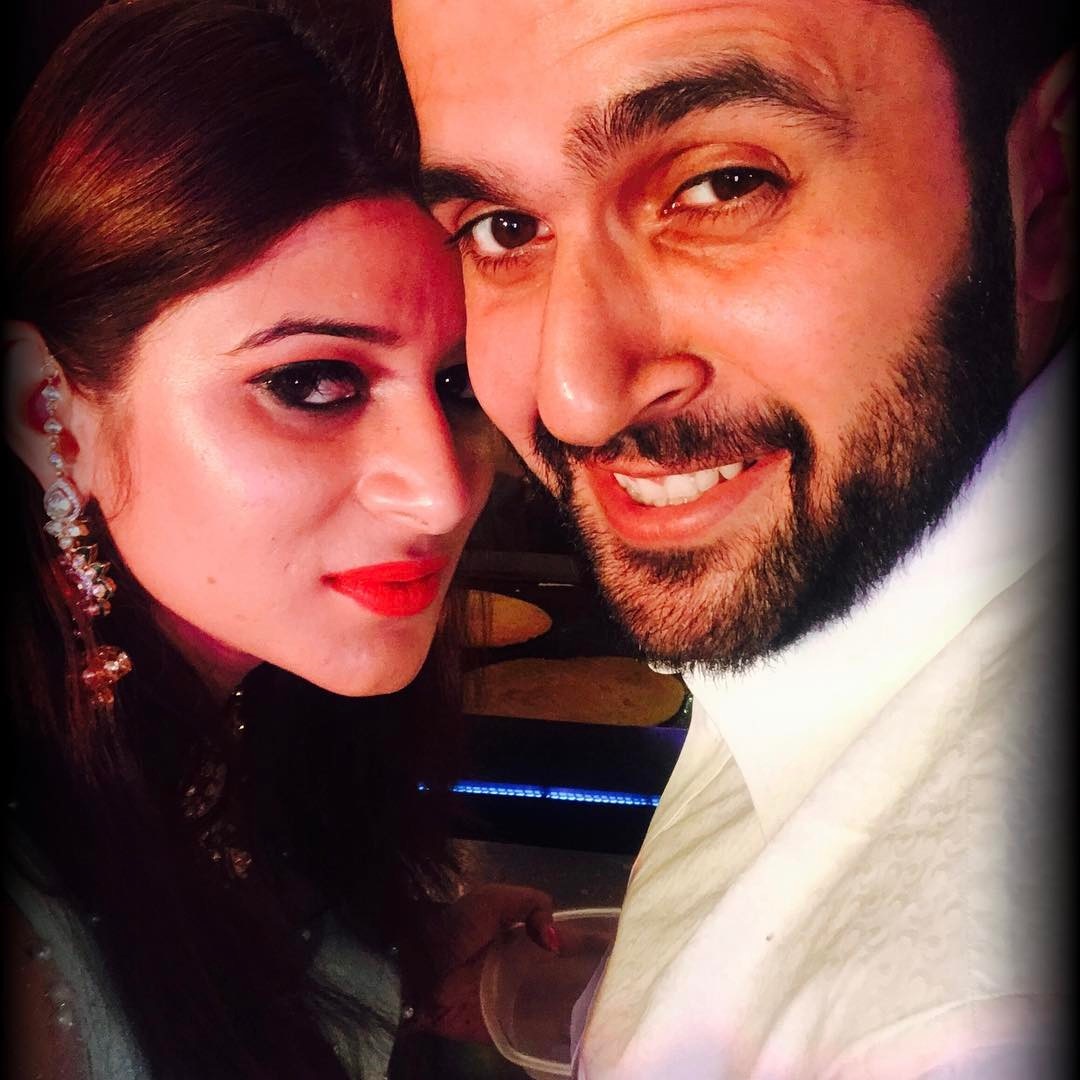 What are your honeymoon plans?

“We will be going to Spain in June since I am busy with my work these days, so we mutually decided on this. Plus, she’ll also get time to settle in the family and nothing would be like in a hurry.”

Recommended Read: 12 Things That Should Never Change Between Couples Even After Marriage

Mohit and Roop, you make a lovely couple. Team BollywoodShaadis wishes you two loads of love and happiness. May you two stay together for life and beyond. Much love to you two!

Famous MTV VJ Gaelyn Mendonca Gets Married To Her Long-Time Boyfriend, Pictures Inside!