Mira Rajput Steals This From Her Husband, Shahid Kapoor's Closet And It Is Every Married Couple Ever

Mira Rajput Steals This From Her Husband, Shahid Kapoor's Closet And It Is Every Married Couple Ever

Bollywood superstar, Shahid Kapoor's wife, Mira Rajput Kapoor revealed she had stolen a skincare product from her husband's closet and how it has helped her in her wellness routine. Find out!

Bollywood's most dashing, exceptionally talented, and a man renowned for his style quotient, Shahid Kapoor is simply the kind of man every girl dreams off. It's not easy for the most beautiful actresses to match his pin-point styling level. But his wife, Mira Rajput Kapoor impressed everyone, with how she successfully matched her hubby's high-style and has now become one of the most followed star-wives of the glamour world. (Recommended Read: Hardik Pandya And Natasa Stankovic Celebrate First Anniversary, Their Rose-Cake Steals The Show)

The Delhi-based college girl, Mira Rajput is the one, who had stolen Bollywood's most desirable actor, Shahid Kapoor's heart with her humble, kind, and ethereal beauty. It was Shahid, who had announced it officially back in 2015 and it was on July 07, 2015, when the beautiful pair had tied the nuptial knot in a Gurudwara wedding. Later on, in the afternoon, they had exchanged jaimala in a Hindu marriage setup. Since then, the two have been giving us major couple goals with their cute pictures, mushy comments on each other's social media posts, and romantic Boomerangs. In a candid conversation with Pinkvilla, Bollywood actor, Shahid Kapoor's wife, Mira Rajput Kapoor revealed that she had stolen a skincare product from her hubby's closet for her skincare/wellness routine. The gorgeous wifey revealed, "I found a beard brush in Shahid's beard trimmer box and noticed that he used it for setting his beard. And just for fun, I decided to see how it would work for my baby hair because the hair is small and thin, and it really helped tame the flyaways." Mira Rajput also revealed that the trimmer is now in her closet and said, "Now, it's all mine." Well, that's the story of every couple out there. (Don't Miss: Newlyweds, Gauahar Khan And Zaid Darbar Welcome New Year, Call Themselves The Happiest People) Going further in her interview, Mira Rajput Kapoor was asked about that one specific, and her all-time favourite skincare remedy passed down by her mother to her. The beautiful lady revealed some homemade remedies from her mother, Bela Rajput's skincare routine. She said, "My mother has always been big on home remedies. For a sunburn, she would always apply raw milk to slough off dead skin cells and restore a glow. And I follow this to date, but to enrich the benefits, I mix it with rosewater." Mira also disclosed the name of the ingredient that is her skincare closet's hero. She added, "Another one I like is Multani Mitti and is the hero of my beauty cabinet. I mix this with different ingredients like papaya, milk, and dried oranges to boost radiance." One of the biggest reasons why Mira Rajput Kapoor is followed by a million people is her flawless skincare/hair routine. It's quite easy to follow because the ingredients that she uses are very basic and quite economical for the general public. And a glimpse of it, we witnessed again when she was inquired about the way she tackles a bad hair day. On which, she replied that she's just like 'every Indian girl' out there. She said, "One thing that always stood by me, was the basic champi! Like every other Indian girl, I too love a calming oil massage to pamper my locks. While I've embraced the beauty of my natural waves only recently, a regular hot oil hair massage nourishes my hair and keeps them healthy, shining, and soft, just the way I like it." (Also Read: Samantha Akkineni Shares A Lovely Picture With Her 'Chay' Kissing Under The Lights On New Year) 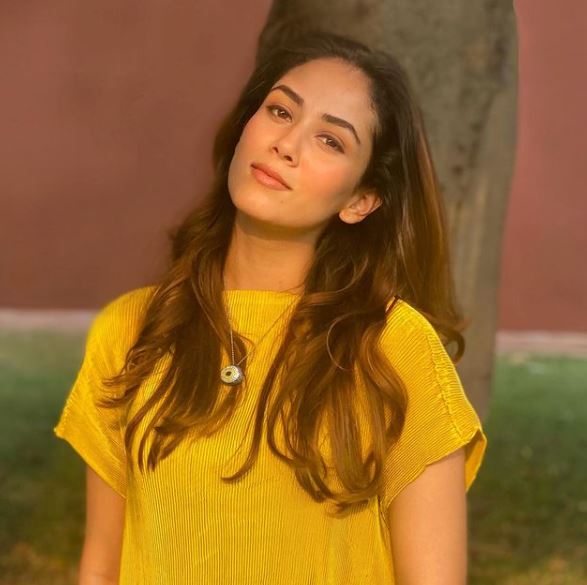 Are you going to follow Mira's skin/hair care routine? Let us know!