Mira Rajput Kapoor turned 27 on September 7, 2021. Her bestie, Sejal Kukreja Kumar took to her IG handle to share some unseen pictures from her wedding with her BFF.

Having a best friend, who always has our back is something that every person wants to have in their lives. Lucky are those, who find their best friend amongst their school or college friends and cherish their friendship for a lifetime. Such is the bond between actor, Shahid Kapoor's wife, Mira Rajput Kapoor and her college friend, Sejal Kukreja Kumar.

On September 7, 2021, the Delhi-based girl, Mira Rajput, who had suited the fancy of the then-most eligible bachelor of Bollywood, turned a year older. To mark her 27th birthday, Mira's bestie from her college days, Sejal Kukreja Kumar, shared some pictures from her wedding in which the birthday girl was the bridesmaid. A few moments ago, Sejal Kukreja Kumar took to her Instagram handle to drop a series of pictures from her haldi ceremony to wish her best friend, Mira Rajput Kapoor, on her 27th birthday. Sticking to the theme, the besties had twinned in yellow and looked absolutely adorable. Sejal also penned a heartmelting note to shower her best friend with all the love. She wrote, "Happy birthday Best Friend! You’re the yellow to my pink, always adding sunshine & sass! ILY", followed by a yellow heart emoticon. 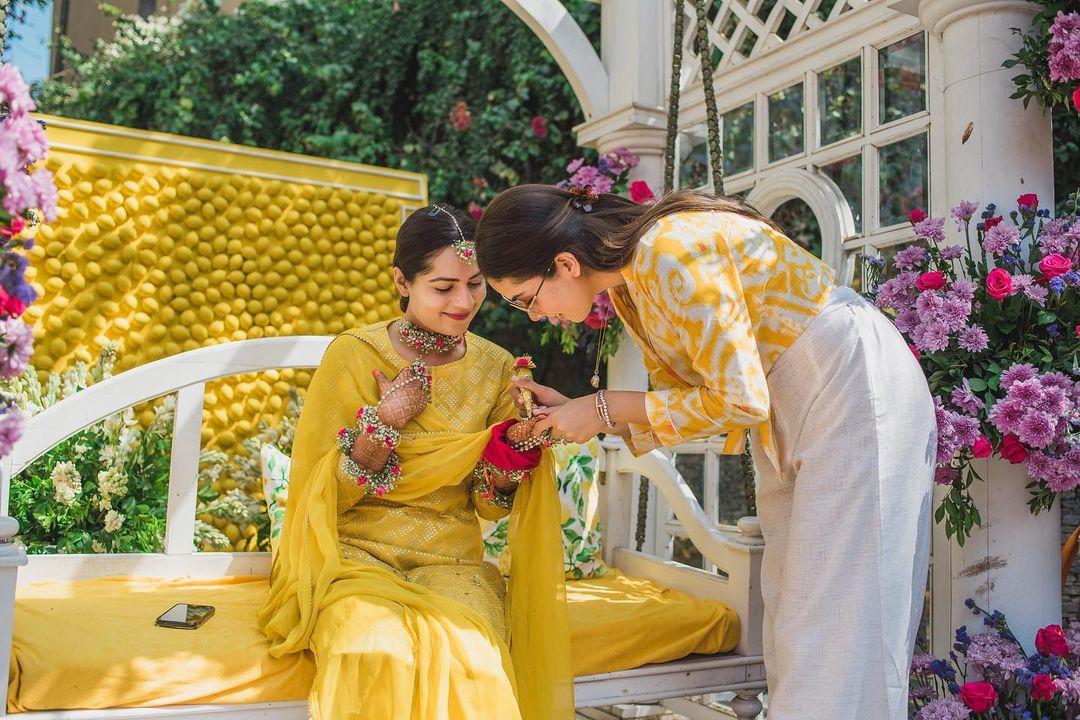 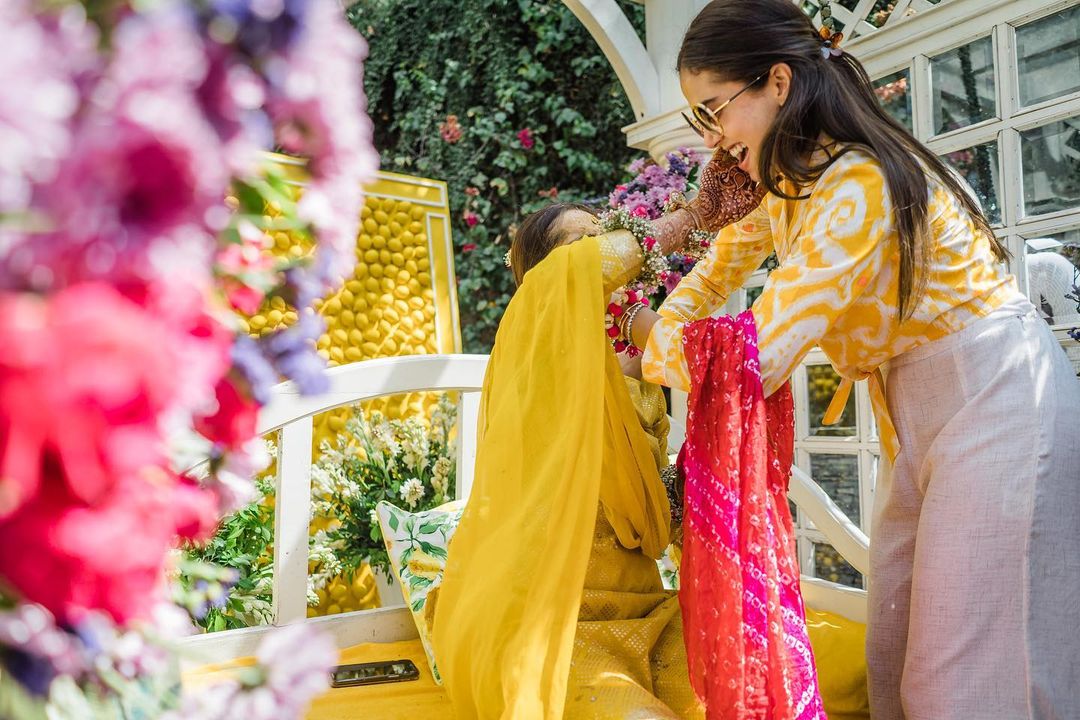 For Sejal Kukreja’s pre-wedding festivity, Mira Rajput Kapoor had made our hearts melt as she had donned a drop shoulder Fuschia organza ruffled jumpsuit with ruffled chiffon dupatta and boho belt by Ridhi Mehra. Mira’s stunning outfit was priced around Rs. 62,800. In fact, even one of the style icons of Bollywood, Kriti Sanon, had also worn a similar outfit.

Suggested Read: Dino Morea Shares If His Equation Changed With Ex-Girlfriend, Bipasha Basu After Her Wedding 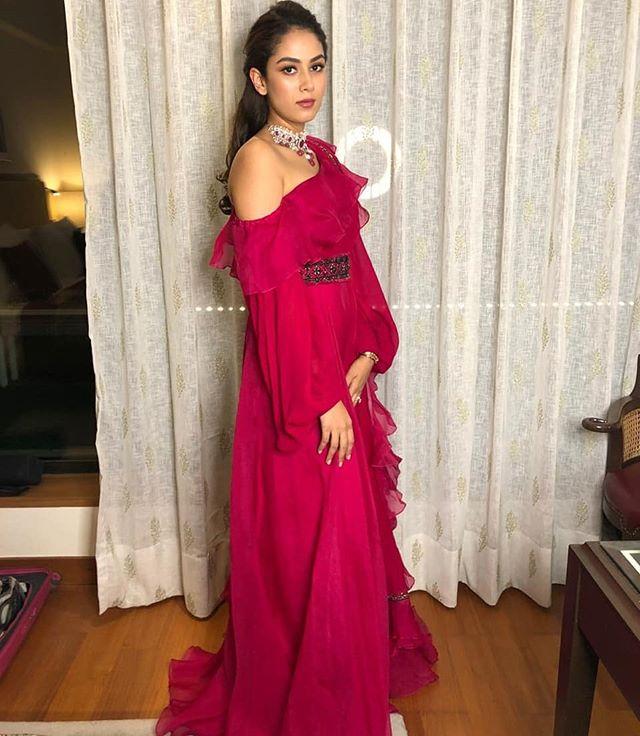 Mira Rajput Kapoor had treated her fans with glimpses from Sejal Kukreja Kumar's cocktail party and had posted one of the selfies from the evening on her Insta story with a friend, Tanisha Bawa. She had written, “Brideys Sideys” atop it. Mira had also reposted a girls’ squad photo that Sejal had posted on her Insta story, which had “Not walking that path without my girls!” as the caption. Mira and her girl squad were having the best of their time at the pre-wedding festivities. 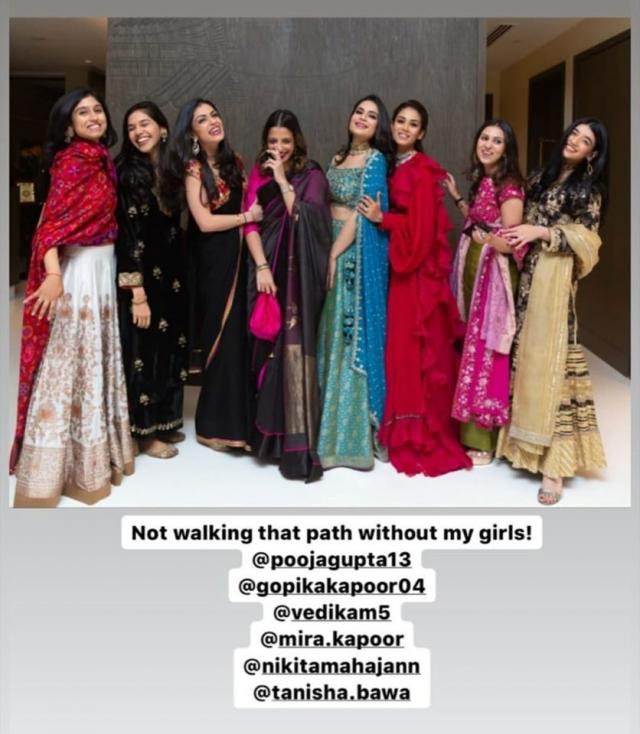 It was on Sejal Kukreja Kumar’s birthday in 2018 when Mira had posted an unseen picture with her soul sister from her wedding and had captioned it as “Happiest Birthday to my soul sister Thanks for never letting a day go by without some Dramaaaa #crazysanity #quarterlifecrisis #oneandonly P.S Caution. She’s single and ready to mingle. (sorry sej. Had to do this. Love you).”