Bollywood actor, Shahid Kapoor's wife, Mira Rajput Kapoor shared a stunning sun-kissed selfie with her hubby and can be seen twinning in black with him. Take a look!

Bollywood’s handsome hunk and incredibly talented, Shahid Kapoor had lost his heart to a Delhi-based college girl, Mira Rajput and had broken a trillion hearts, when he had announced it officially back in 2015. The pair had tied the nuptial knot on July 07, 2015, when the couple had their Gurudwara wedding and in the afternoon, they had their jaimala and Hindu marriage. The pictures of their wedding are still crystal clear in the minds of their fans because of the way they had complemented each other on their big day. (Recommended Read: When Twinkle Khanna Revealed Rajesh Khanna Predicted Her Destiny Of Becoming A Writer Long Time Ago)

Since then, Mira Rajput Kapoor and Shahid Kapoor never skip a moment to share adorable selfies and romantic clips from their dinner dates, movie dates, events, festivals, and vacations on their respective Instagram handles. 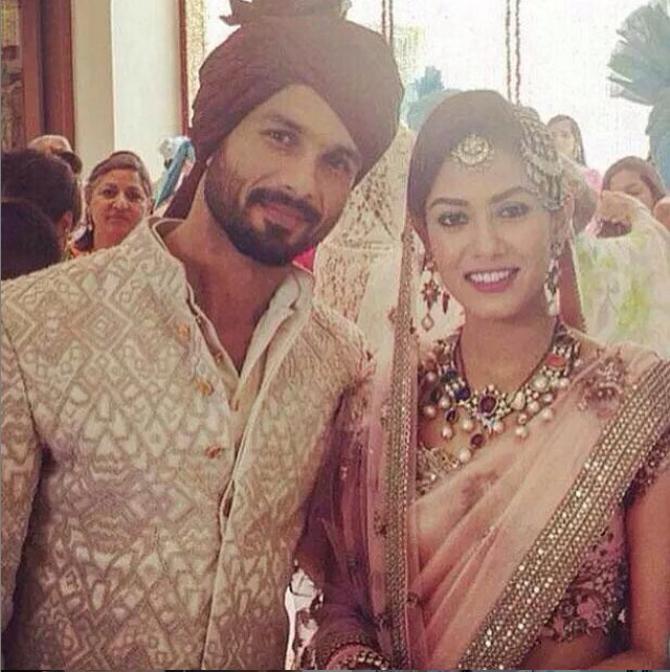 On December 29, 2020, Bollywood actor, Shahid Kapoor’s wife, Mira Rajput Kapoor took to her Instagram handle and shared a stunning sun-kissed selfie with her hubby, and in the picture, the two can be seen twinning in black and giving us some major couple goals. On one side, Shahid looked dapper in his black sweatshirt and cool shades, while on the other side, it’s Mira’s no-makeup look that has proved the mettle of her natural beauty. The actor can be seen holding his wife in his arms, and the wide smile on the face of Mira is what happiness looks like. Mira wrote, “I Love you” in the caption that makes this picture a memorable one. Take a look: (Don’t Miss: On Rajesh Khanna's 78th Birth Anniversary, His Ex, Anju Mahendroo Shares Throwback Picture Of Kakaji) 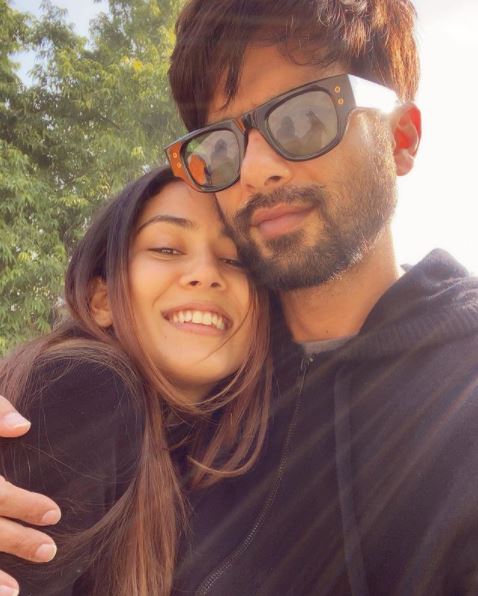 The doting wifey, Mira Rajput Kapoor has shared a picture with her husband, Shahid Kapoor on her Instagram handle after 42 days. The fans, who were anxiously waiting for this post, have shared the picture all over social media in split seconds. Talking about the last time Mira had shared a picture with Shahid, then it was on the occasion of Diwali, i.e., on November 14, 2020, and Mira had posted a gorgeous picture with her hubby, and the whole internet had fallen in love with this cute couple. Interestingly, they have twinned in black that day too. Along with the lovely picture, Mira had written, “Grateful for family, small joys and being together. Happy Diwali” followed by a red heart emoticon. For the uninitiated, August 26, 2016, was the day when the beautiful couple had become proud parents for the first time to their baby girl, Misha Kapoor. After which, on September 5, 2018, Misha had gotten promoted to an elder sister’s place as they had welcomed a baby boy, whom they have lovingly named, Zain Kapoor. Ever since their marriage, both Shahid and Mira have been going strong and are giving us major couple goals through their love and commitment to each other. Talking about last year, on their 4th wedding anniversary, the star-wife had taken to her Instagram handle and had wished her superstar husband. Mira had shared a candid picture from their wedding with Shahid, and it had defined couple goals. She had captioned it as “You make my world and me go round #happy4.” (Also Read: Akshay Kumar's Birthday Wish For Wife, Twinkle Khanna Perfectly Depicts How Every Married Life Works) 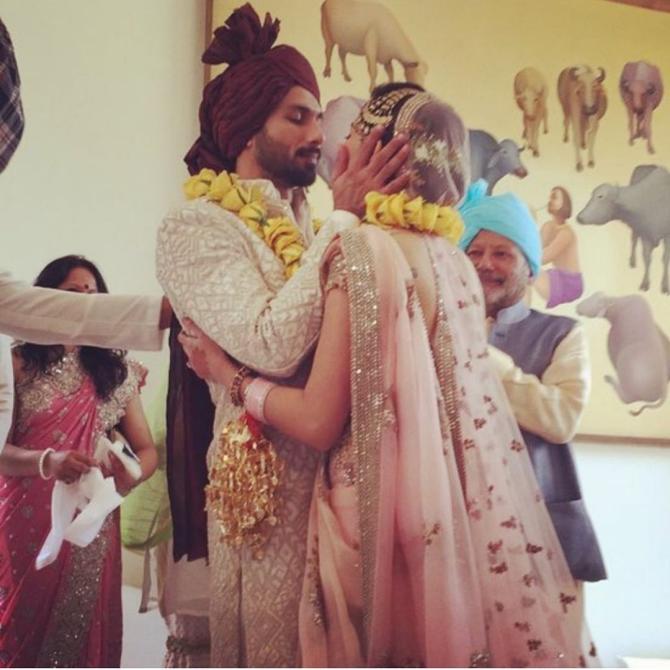 Did you like Mira and Shahid’s lovely selfie? Let us know!