Mira Rajput Kapoor took to her IG handle and shared a small sneak-peek of their new home. In the picture, we got a glimpse of her husband, Shahid Kapoor. Check it out!

The chocolate boy-turned-handsome hunk of Bollywood, Shahid Kapoor is married to Mira Rajput Kapoor, a Delhi-based girl who doesn't belong to the film industry but has made her own identity. They are parents to two wonderful kids, a daughter, Misha Kapoor and a son, Zain Kapoor. Mira is a social media butterfly and enjoys a huge fanbase. Every now and then, she takes to her IG handle to share glimpses of her daily life and keeps her fans updated. Recently the couple had bought a new car and currently, they are renovating their new home.

On March 8, 2022, Shahid Kapoor had taken to his IG handle and had penned a gratitude note for the two women in his life, his mother, Neliima and wife, Mira on International Women's Day. Posting an adorable picture of Neliima and Mira, Shahid had revealed how they have guided and supported him. His note could be read as:

Mira Kapoor Gives A Glimpse Of Her New Home In Worli, Mumbai, The Construction Will Be Finished Soon

"These 2 are enough for me to know how much of me and my life is guided supported and dedicated to and by women. And to see them every day doing their thing, is a thing of beauty in itself. Here’s to every woman. Not just today but every day. You all make this world a much better place. Despite us."

Also Read: 'Anupamaa' Fame, Rupali Ganguly Shares How Everyday Is A 'Women's Day' For Her 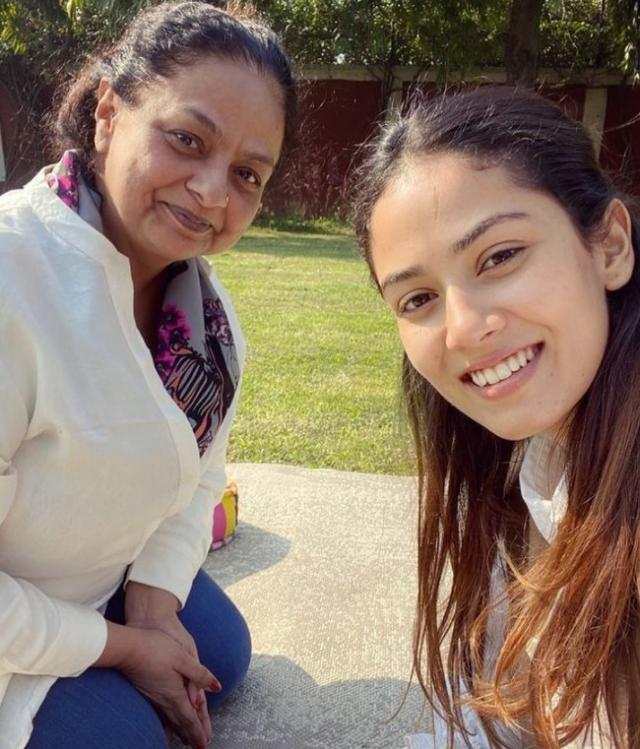 A few moments back, Mira took to her IG stories and shared a sneak-peek of their new apartment, which is currently under construction. In the picture, we can get a glimpse of her husband, Shahid Kapoor, who was donning a casual outfit. He was engaged in a conversation with their interior designer, Annur Khosla. Sharing the photo, she tagged her husband and their architect's Instagram handles. Mira has been sharing small glimpses of their new abode ever since it had begun. On October 5, 2021, Mira Rajput Kapoor had shared a glimpse of their new abode, which was under construction. On her IG stories, she had shared a picture of her husband, Shahid Kapoor, dressed in his casual outfit and instructing their interior designer, Annkur Khosla, something about their house. The two were seen standing on the artistic stairs and sharing their picture, Mira had written:

“@annkur.khosla one step at a time.”

Read This: Vicky Kaushal Shares A Beautiful Picture Of Wifey, Katrina Kaif Getting Pampered By Mom-In-Law 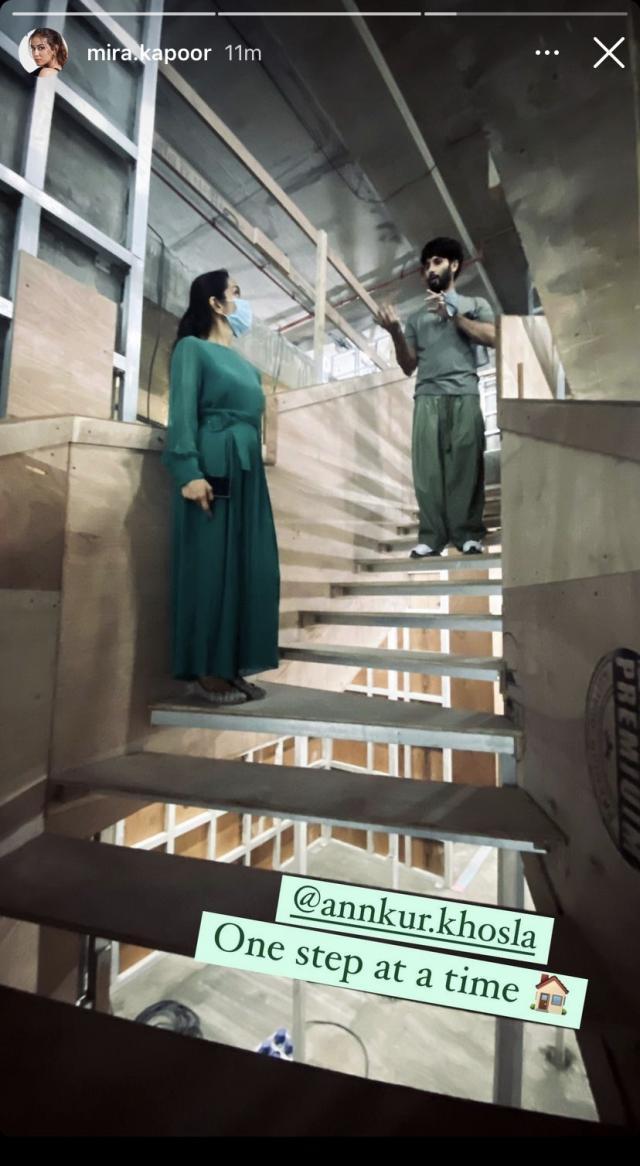 On February 4, 2022, Mira Rajput Kapoor had shared another glimpse of her new home on her IG stories. In the photo, we could see a well-lit room, which had featured a neutral-hued sofa, a coffee table, a lamp, some plants and a beautiful painting hanging on the wall. Looking at the entire area, it had looked like the picture that was of the living room of Mira Kapoor's new house. Sharing the picture, atop it, Mira had penned:

"How to build a home away from home on zoom @annkur.khosla. Onto the next!"

Well, we can't wait wait to get a tour of their new abode!

Don't Miss: Mira Rajput Dedicates A Post To The Women In Her Life, Calls 'Saas', Neliima Her Pillar Of Strength 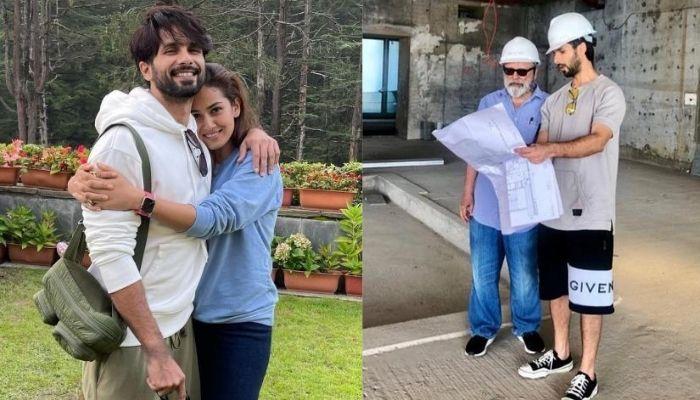 In 2015, Shahid Kapoor had got hitched to a Delhi-based girl, Mira Rajput. They are blessed with two little munchkins, Misha Kapoor and Zain Kapoor. When the couple was blessed with their second baby, they had decided to shift to a bigger place than the one they are currently living in. Shahid

Mira Kapoor Gives A Glimpse Of Her New Home In Worli, Mumbai, The Construction Will Be Finished Soon