Mira Rajput Kapoor emptied her camera roll on her Instagram handle, and it featured an unseen picture with her husband, Shahid Kapoor, from their new home.

One of the glamour industry's most stunning, loved and idolised celebrity wives, Mira Rajput Kapoor, is much more than just a doting wife to her actor-husband, Shahid Kapoor. The stunning celeb wife is followed by millions for her sartorial choices and always on-point fashion game. One look at her social media handles, and you'll be amazed to see the way she teaches so many crucial values to her kids, Misha Kapoor and Zain Kapoor while keeping them entertained.

For the unversed, it was on July 7, 2015, when B-town's handsome hunk, Shahid Kapoor, had tied the knot with 21-year-old Delhi-based girl, Mira Rajput, in an intimate Gurudwara wedding. At the age of 26, Mira had become the coolest mommy to her two adorable kids, Misha Kapoor and Zain Kapoor.

Recommended Read: Rakhi Sawant On The Future Of Her Marriage With Hubby, Ritesh, 'Wants Legal Certificate To Continue' 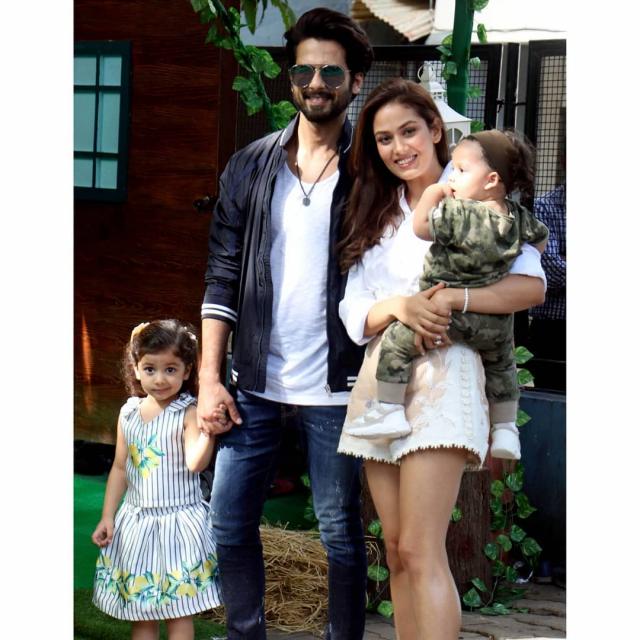 On January 25, 2022, Mira Rajput Kapoor took to her Instagram stories and shared a series of never-seen-before pictures from her smartphone's gallery. From sharing her first selfie with her husband, Shahid Kapoor inside their new home to sharing a glimpse of the delicacy she had cooked for her hubby on his birthday, Mira shared two memorable gems from her camera roll with her massive fanbase. The doting wife wrote, "My favourite place in the world is next to you. Site visit to the new house on our anniversary" atop the IG story featuring her and Shahid's first selfie from their new home. Mira wrote, "Baked Feta food trend! Cooked it for SK's birthday", atop the second story featuring a delicious delicacy. In an interview with ETimes, Shahid Kapoor had talked about moving into their new abode. He had mentioned that he and his wife, Mira Rajput Kapoor, have purchased their new flat keeping their children, Misha Kapoor and Zain Kapoor, in mind. The actor had compared families to an adrak (ginger) and had explained:

"We needed more space for our kids (Misha and Zain). We really liked the house we saw. It had a great vibe. It's a bigger space than what we have right now. The kids are growing up and they will need this kind of space. Right now, everything in my house is my kids' space. Mira and I need our space, too. With passing time, making more room for the family is extremely important. Family adrak ki tarah hoti hai, failti rehti hai. It grows and that feels wonderful. And as it grows, you have to be able to accommodate it with all its increasing needs." 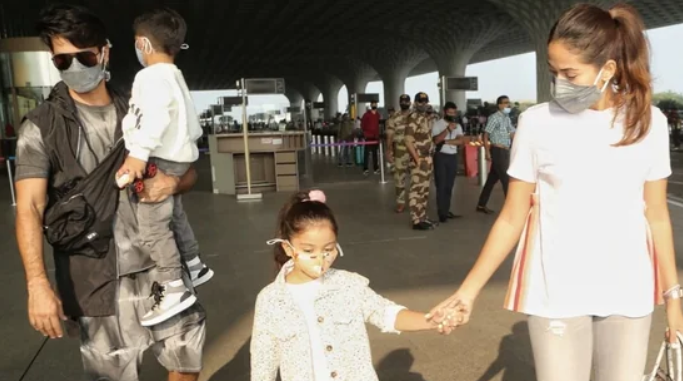 Mira Rajput Kapoor never misses a chance to update her fans about everything that is happening in her life. Her sweet and spicy posts and stories on Instagram are nothing but a treat for her million fans, who love to sneak into her life. For instance, on January 2, 2022, Mira had posted a hilarious video with her hubby, Shahid. In the video, we could see Shahid in the frame and saying, "I am perfect." However, when Mira had panned the camera on herself, she was left shocked as her face had appeared different. Mira had asked why the filter was not working on Shahid. The actor had replied, "Because I am a perfect face." Mira had captioned the video as:

"Why doesn't the filter work on @shahidkapoor? I look ridiculously different!"

We hope Mira Rajput keeps on dumping more pictures from her camera roll. What do you think? 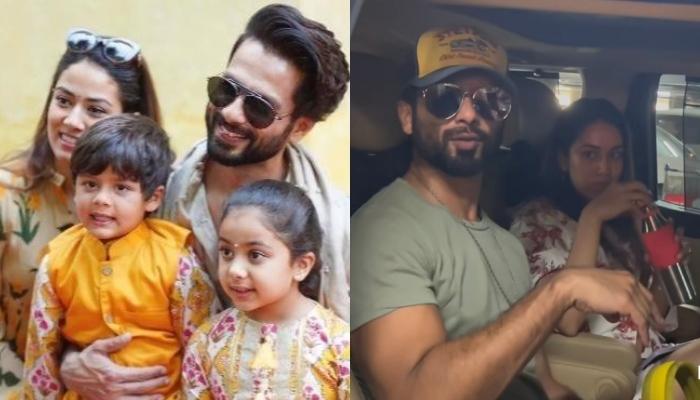