Ever since Mira Rajput had added Kapoor to her name, the fans are curious to know when she will make her Bollywood debut. At the launch of Bio-Oil Pregathon, Mira was asked to comment on the same. 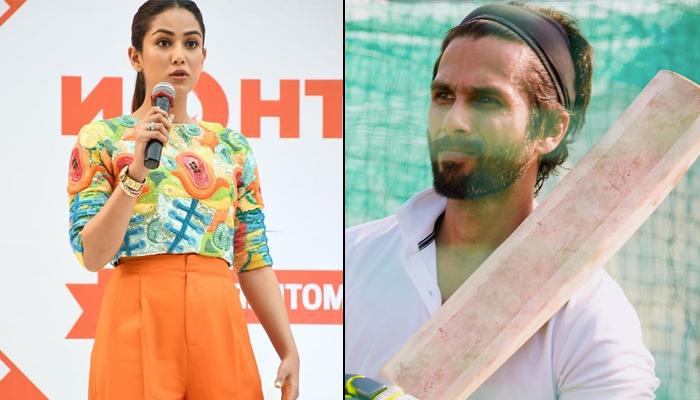 Ever since Shahid Kapoor got hitched to a Delhi-based non-industry girl, Mira Rajput, we have seen the star wife swooning us over her style and confidence at B-town parties, events and interviews. It was finally on the fifth season of Koffee with Karan that the world had seen an unfiltered side of Mr and Mrs Kapoor for the first time ever on national television. Being a non-industry girl, every Shahid fan was eager to see how comfortable his wife, Mira might be on camera and how would she come across as a person. And to everyone’s surprise, she was quite at ease and spoke freely. (Also Read: Izhaan Mirza Malik's Birthday Wish For 'Khaala', Anam Mirza Is Everything Love, Asad Surprises Her)

Over the years, Mira Rajput Kapoor had become more than just a star wife and inspires everyone with her experience and modern beliefs. She has been showered and embraced with the same love and admiration that the fans have for her superstar hubby, Shahid Kapoor. While some see them as the perfect ambassador for arranged marriages, some criticise them for promoting the same and having a child at an early age. Mira became a mother for the first time when she was 22. While Shahid is a breadwinner, Mira is a happy full-time homemaker tending to their children, Misha Kapoor and Zain Kapoor. 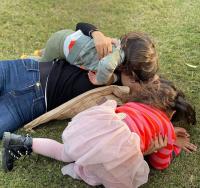 Ever since Mira Rajput had added Kapoor to her name, the fans are curious to know when she will make her Bollywood debut. Despite Shahid and Mira refuting the reports of her Bollywood debut, time and again, the speculations pertaining to it doesn’t seem to fade away. When Mira attended the launch of Bio-Oil Pregathon and flagged off the short distance walkathon for pregnant women that took place at Bandra-Kurla Complex (BKC) in Mumbai. When Mira was asked by Pinkvilla about her Bollywood debut at a media interaction at the event, she refuted the reports and said, “No, I’m very happy being where I am.” Mira has been visiting the sets of Shahid's upcoming film, Jersey and keeps on sharing glimpses of the same through her Instagram stories. 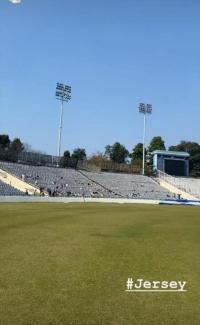 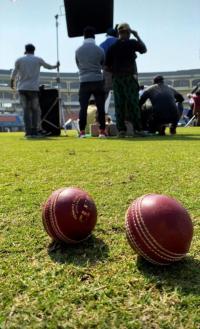 Mira Rajput Kapoor has always worn the label of a homemaker with pride but no matter what she does, her ‘my child is not a puppy’ statement is tagged with her whenever there’s a mention of her professional front. At an event held to mark International Women's Day, Mira Rajput Kapoor’s statement about being a homemaker and not choosing to work as she didn’t want to leave behind her daughter, Misha Kapoor at home created a storm in the media. Mira’s “I can raise my daughter, be a good wife, and set up my home the way I like. I wouldn’t have it any other way. I wouldn’t want to spend one hour a day with my child and then rush off to work. Why did I have her then? She is not a puppy. I want to be there for her as a mother. Seeing her grow up cannot be quantified" statement got her into a lot of trouble and even till today, she gets trolled for the same. (Also Read: Janhvi Kapoor Shares An Unseen Picture Of Her Late Mother, Sridevi On Her 2nd Death Anniversary) 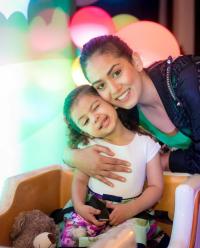 Every now and then, Mira Rajput Kapoor becomes a victim of trolls and when she had featured with her star hubby, Shahid Kapoor on Vogue Wedding Book 2019 cover, netizens had trolled her for her double standards as she doesn’t support nepotism but chose to feature on a magazine cover just because she is Shahid’s wife. And in August 2018, when Mira was in the third trimester of her second pregnancy, she had collaborated with Olay on a commercial and had stepped into the showbiz world with her first TV ad. Even then, some people had targeted her with the demeaning comments claiming that she is too young to do an anti-ageing cream advertisement. 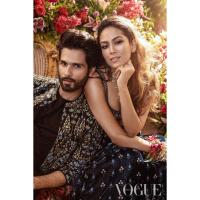 As per a Mumbai Mirror report sometime back, Mira Rajput Kapoor has been planning to start her own vegan restaurant and is actively scouting for a space in the plush locality in the Bandra-Juhu region of Mumbai. A few days back, Mira had also put up an Instagram wherein she had looked for vegan chefs. For those who were thinking that you might soon get to see her sharing screen space alongside her hubby, Shahid in films, well there’s some more waiting to it. 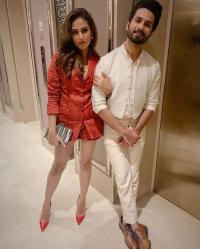 While Shahid Kapoor is riding high on the pillion of professional success, everyone has always wanted to know about Mira Rajput Kapoor’s career plans. Speaking of the same, Mira had shared in a throwback interview with a media portal, “Yes, I would love to work, especially in a field that is creatively stimulating, but also allows me time with family. Perhaps something with food or lifestyle. I do not have a deadline as I am going to have another baby and then decide.” Her hubby, Shahid is also extensively supportive of Mira in whatever decision she makes. In an interview with the Hindustan Times, Shahid had said, “Wherever, whatever, however – that’s completely her decision. We got married and within first year, we had our first baby and then two years later, we had another one. So, right now, it’s difficult for her to give her time completely to anything else rather to herself. I can see how dedicated she is as a mother, and she is completely consumed by that. But she is just 25. In another year or so, she would have taken care of an extremely important, big part [giving all the attention to the babies]. She has all her life to figure out so many things for herself. Then she can do what she wants to.” (Also Read: Mahesh Bhatt's Heartfelt Wish On Daughter, Pooja Bhatt's Birthday Is Pure Father-Daughter Goals) 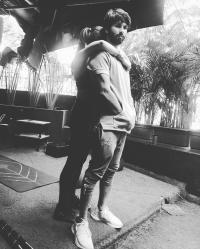 We wish Mira, all the best for her future endeavours! 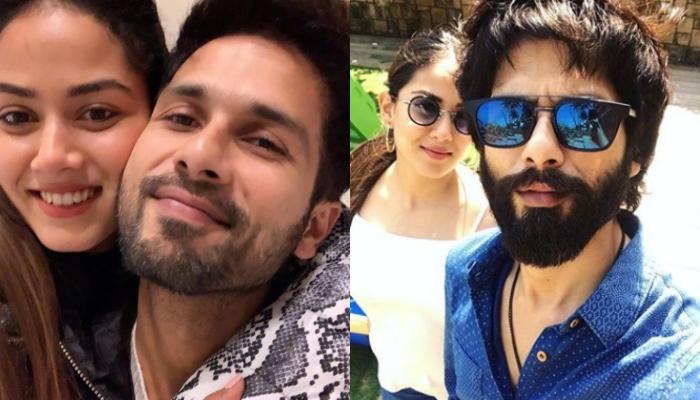 He loves, respects and understands his responsibilities towards you. He doesn’t dictate terms and choices on you. Like a mirror to all your actions, he gives you an honest opinion. He doesn’t shy away from expressing love for you and showing you off as his partner to the world. He makes