'The Flying Sikh', Milkha Singh passed away after his battle with COVID-19. Prime Minister, Narendra Modi and Bollywood celebrities pay their emotional tribute to him.

Tagged as 'The Flying Singh', Indian sprinter, Milkha Singh breathed his last on June 18, 2021, after his long battle with COVID-19. The 91-year-old was tested positive in May 2021 but was under home quarantine since he was asymptomatic. On May 24, 2021, he was admitted to the ICU of Mohali’s Fortis Hospital. Milkha Singh had lost his wife, Nirmal Kaur to the virus a few days back on June 13, 2021.

The only athlete to win gold in 400 meters race at the Asian Games as well as the Commonwealth Games, Milkha Singh was the pride of every Indian. The four-time Asian Gold medallist, Milkha Singh was conferred with The Padma Shri, India’s fourth-highest civilian award in 1959. 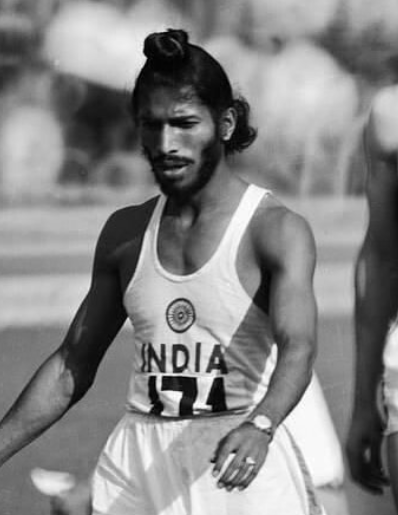 On June 3, 2021, Milkha Singh was moved to the Post Graduate Institute of Medical Education & Research in Chandigarh. After a brave battle with the virus, Milkha was tested negative on June 13 but due to the post-Covid complications, he was shifted from Covid ward to ICU. He couldn’t be retrieved from his condition and succumbed to the virus. Paying tribute to 'The Flying Singh', Prime Minister, Narendra Modi wrote, “In the passing away of Shri Milkha Singh Ji, we have lost a colossal sportsperson, who captured the nation's imagination and had a special place in the hearts of countless Indians. His inspiring personality endeared himself to millions. Anguished by his passing away.” 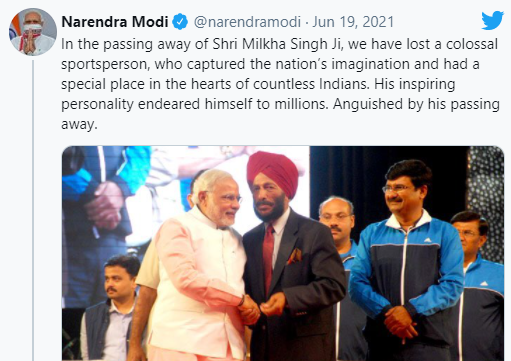 Actor, Farhan Akhtar, who had played the role of the legendary sportsman in his biopic titled, Bhaag Milkha Bhaag, expressed his immense grief and penned an emotional note. Sharing a picture with him on his IG handle, Farhan revealed that he still cannot accept that he is no more. An excerpt from his note can be read as “Dearest Milkha ji, A part of me is still refusing to accept that you are no more. Maybe it's the stubborn side I inherited from you-- the side that when it sets it's mind on something, just never gives up.” 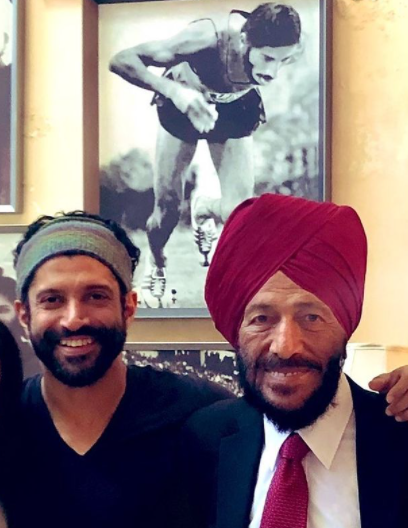 Akshay Kumar and Amitabh Bachchan too grieved the loss. While Akshay wrote, “Incredibly sad to hear about the demise of #MilkhaSingh ji. The one character I forever regret not playing on-screen! May you have a golden run in heaven, Flying Sikh. Om shanti, Sir.” Amitabh tweeted, “In grief... Milkha Singh passes away ... the pride of India... a great athlete ... a greater human... Waheguru di Mehr... prayers.” Madhur Bhandarkar, Raveena Tandon, Ritesh Sidhwani, Taapsee Pannu, Angad Bedi and many others paid their respect for ‘The Flying Singh’. 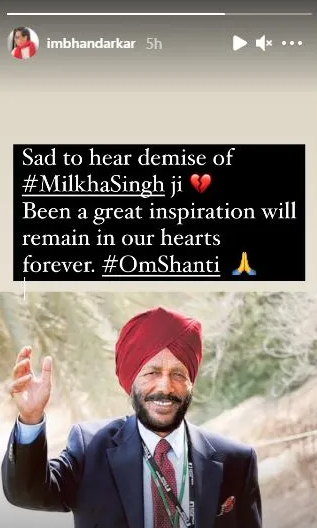 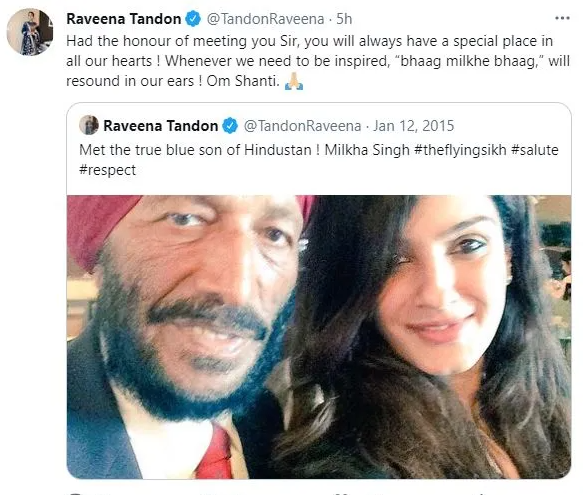 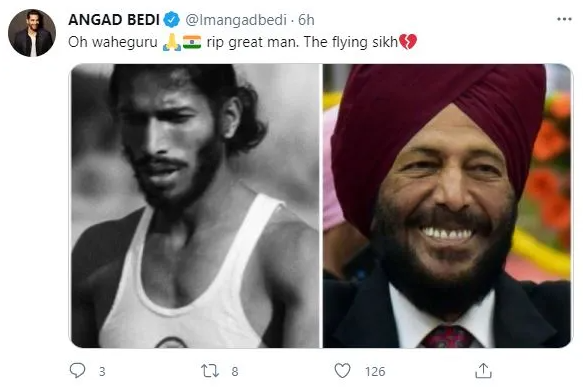 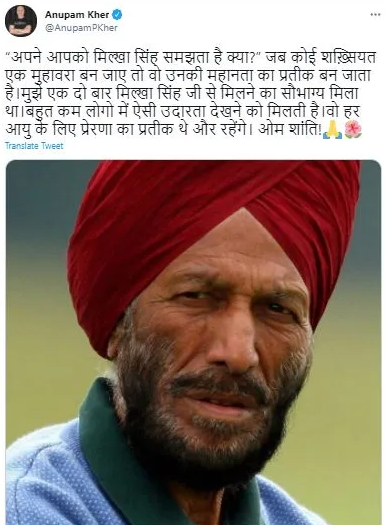