Gone are the days when a bride was supposed to sit for her pre-wedding ceremonies with her pretentious smile and poise. Ditching the societal expectations, the brides are now making sure to enjoy their weddings to the fullest by dancing their hearts out. Shaking a leg with their family and friends on their pre-wedding ceremonies and even while walking down the aisle, the millennial brides have been giving major #BridalGoals. Rana Daggubati’s wife, Miheeka Bajaj was no different at her pre-wedding ceremonies. (Also Read: Sania Mirza's Sister, Anam Mirza Shares Her Wedding Story, Gives A Glimpse Of Her Dreamy 'Nikah')

It was on August 8, 2020, when Rana Daggubati had broken a lot of hearts when he had made his relationship official and tied the knot with his entrepreneur fiancée, Miheeka Bajaj. While Rana and Miheeka’s wedding was a labour of love and one helluva party, it was the bride’s sartorial picks for the ceremonies that had stolen the limelight. Needless to say, Rana and Miheeka’s wedding photographs were a sight to behold, but a picture posted by Miheeka with her mom, Bunty Bajaj will surely bring happy tears in your eyes. After her wedding, Miheeka had posted a beautiful picture with her mom as she had walked down the aisle to marry the love of her life, Rana, wherein the doting mother can be seen putting a kaala teeka on her daughter’s head. Miheeka had captioned it as “Always has my back! @buntybajaj.” 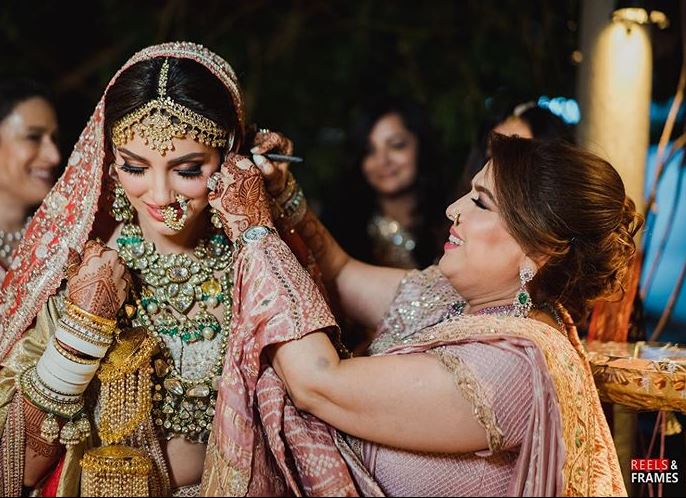 Even though days have passed by since Rana Daggubati and Miheeka Bajaj have embarked on their journey of ‘happily ever after’ as husband and wife, we are still not over their mesmerising wedding photographs. In some unseen pictures of Miheeka with the Bajaj clan from her Bhaat Nyotana ceremony, a Marwari ritual (part of the bride’s Marwari culture) where the mother of the bride invites everyone in the family, her happiness is quite evident as she grooves with her family. 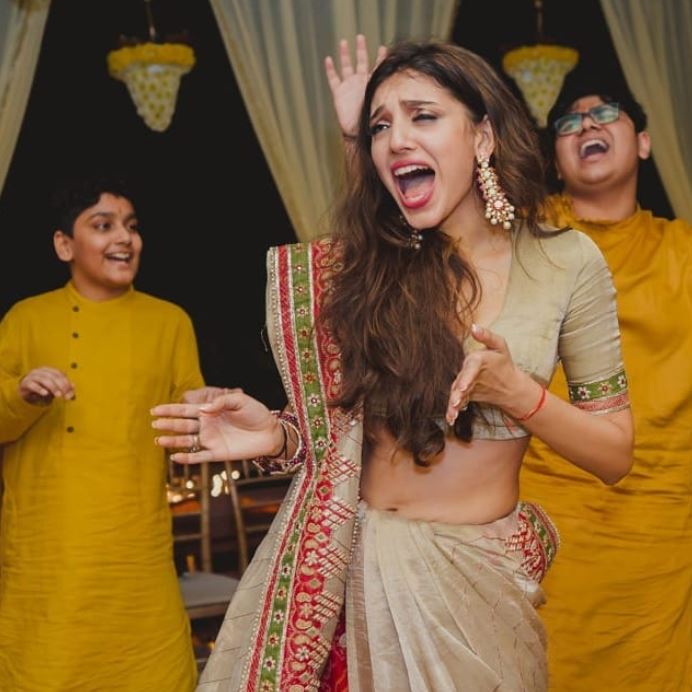 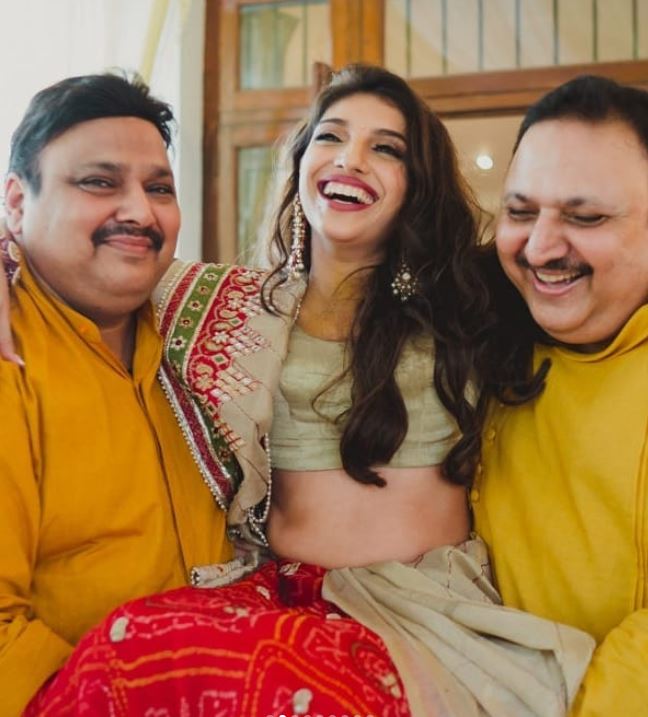 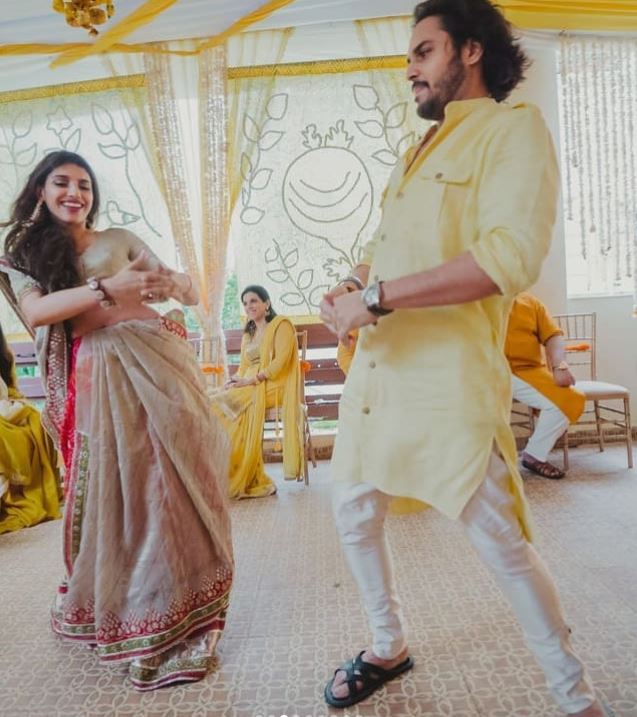 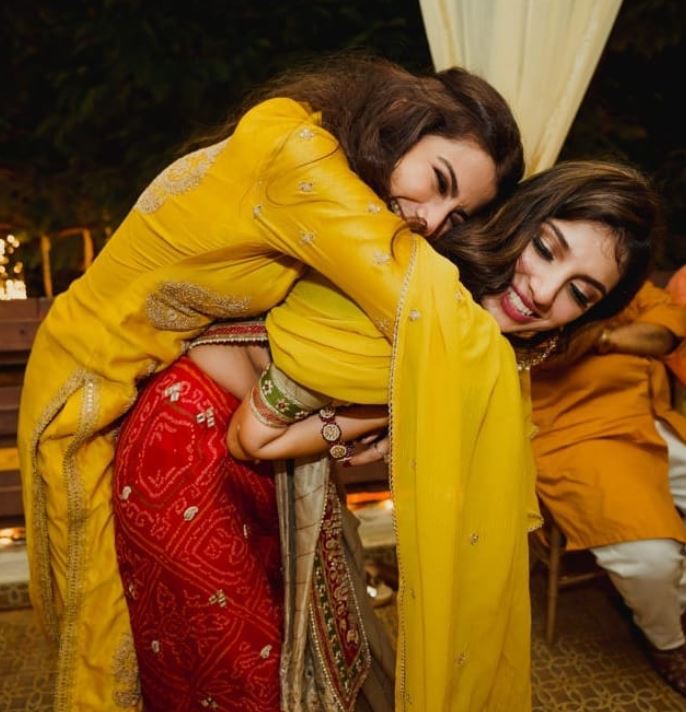 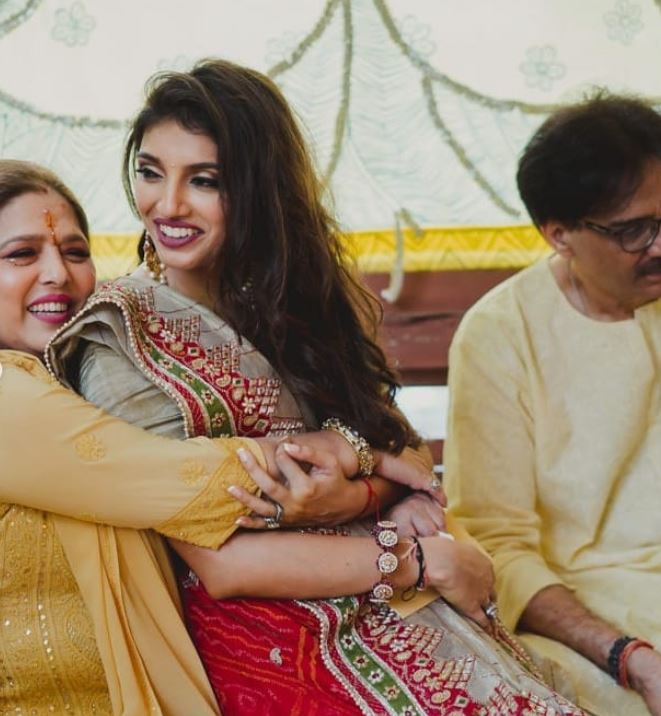 Look at her expressions! *So Real* For the Bhaat Nyotana ceremony, Miheeka Bajaj had looked gorgeous as ever in a red and grey bandhini lehenga, which she had accentuated with stone-cut earrings. Her outfit was very special as it was her mother's bridal lehenga and Miheeka had worn it with such panache on her bhaat ceremony. Keeping her look all glam yet minimal, Miheeka had opted for natural-looking makeup, making for a pure royalty! Sharing the picture of Miheeka, her mother had penned an emotional post, which could be read as "Baht function wearing my wedding outfit, could not stop crying my baby is all grown up. #BAJaoeD." In an interview with the Vogue, describing her emotions on seeing her daughter wearing her bridal lehenga, Mrs Bajaj had said, “She wore my wedding lehenga. When I first saw her in the outfit, I burst out crying.” (Also Read: Rana Daggubati's Wife, Miheeka Bajaj Radiates New Bride Glow As She Performs 'Satyanarayan Puja') For the wedding, Miheeka Bajaj had swooned us with her offbeat Anamika Khanna lehenga, which was a hand done zardosi with the finest form of chikankari and gold metalwork paired with a woven gold dupatta. Miheeka’s layered jewellery was all about perfection but her white chooda had stolen the limelight. Miheeka had made for a classy and royal bride, beautifully carrying off two dupattas with her bridal ensemble. 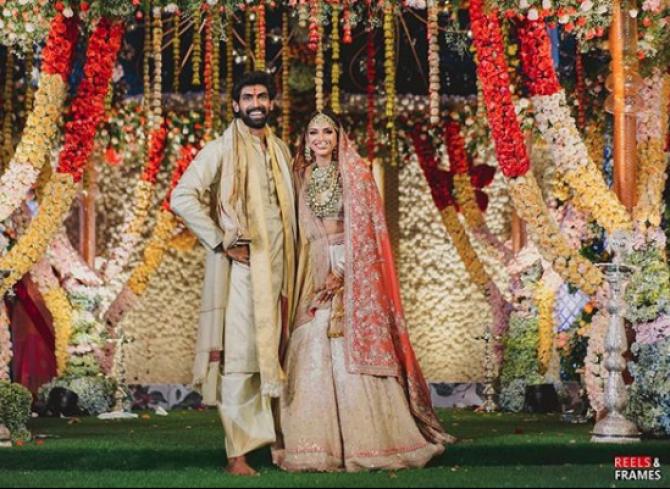 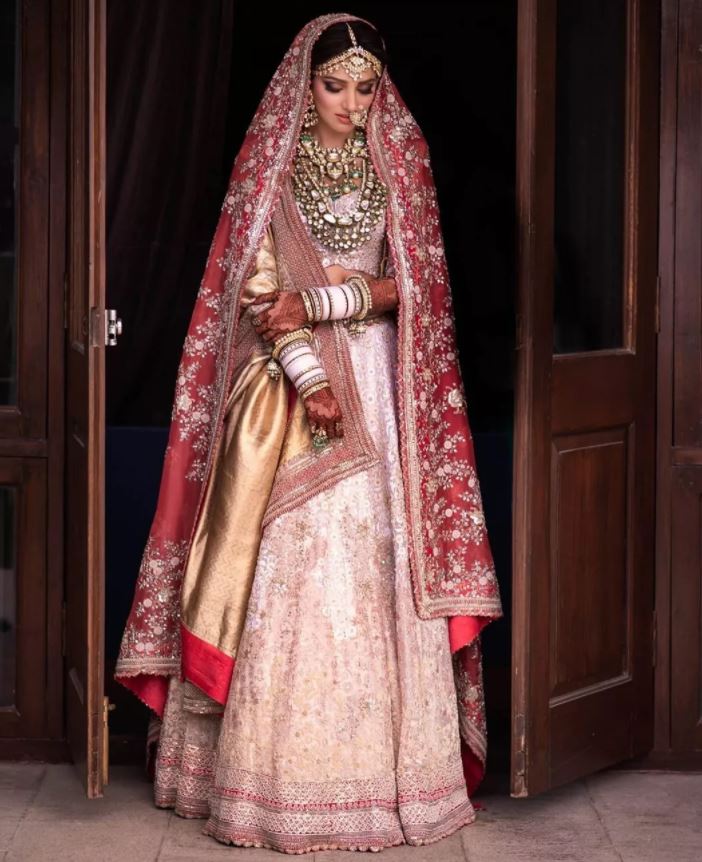 Rana Daggubati and Miheeka Bajaj's closest friends and his first cousin, Naga Chaitanya and Samantha Akkineni were also a part of the wedding celebrations. Ahead of the wedding, Samantha had posted a candid picture with Rana on her IG feed and expressing her excitement, she had written, "It’s time to celebrate you @ranadaggubati our rock star... #bigday #ranawedsmiheeka." Post the wedding, Samantha posted a family picture with the newly-wedded couple and captioned it as "#ranawedsmiheeka the most adorable @miheeka Welcome to the family." (Also Read: Rana Daggubati And Miheeka Bajaj's Picture From A Pre-Wedding Ceremony Bursts Of Happiness And Love) 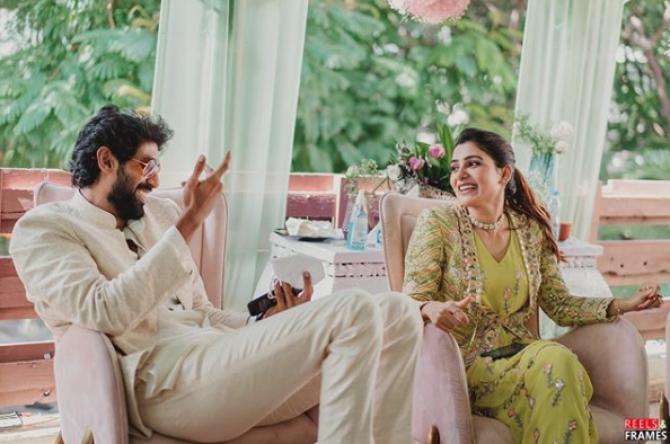 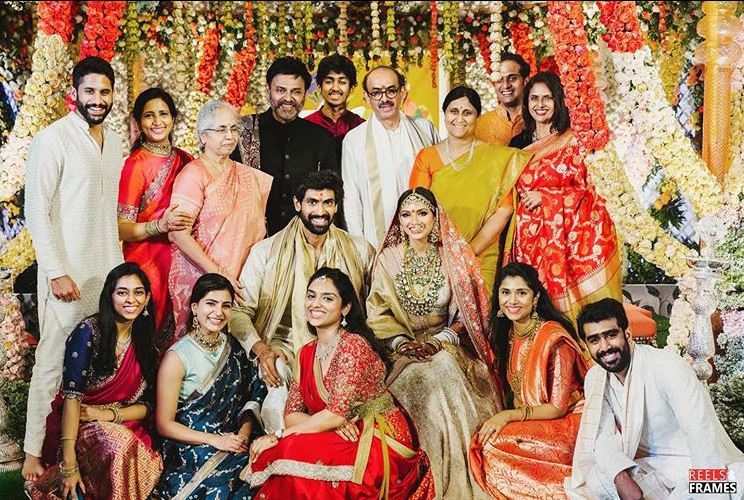 Rana and Miheeka’s wedding pictures are so mesmerising that it leaves us craving for more!