'Hungama 2' actor, Meezaan Jaffrey wished his father, Jaaved Jaaferi, on his birthday with a memorable video of the father-son duo dancing at a live concert.

The popular comedian-actor, Jaaved Jaaferi was born on December 4, 1963, in Moradabad, Uttar Pradesh, to the legendary comedian, Jagdeep Jaaferi and his wife, Begam Jaaferi. Like his father, Jagdeep, Jaaved is quite famous for his comic timing and exceptional voice modulation. The actor had dubbed iconic cartoon characters like Mickey Mouse, Don Karnage, and Goofdy in Hindi for Disney.

Apart from his voice over skills, Jaaved Jaaferi had also worked in some blockbuster films in his acting career. Some of them are Salaam Namaste, Ta Ra Rum Pum, Dhamaal, Singh Is Kinng, Bang Bang!, Coolie No. 1, Bhoot Police, and Sooryavanshi. The actor turned a year older today, and on his special day, his actor-son, Meezaan Jaffrey, dropped a rare video of them dancing at a live concert.

Recommended Read: Abhishek Bachchan Reveals Aishwarya 'Allowed' Him To Work While She Takes Care Of Their Daughter 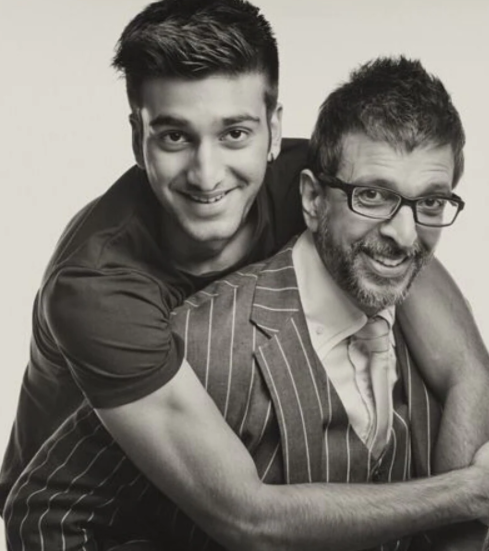 On December 4, 2021, Meezaan Jaffrey took to his Instagram handle and wished his actor-father, Jaaved Jaaferi, on his 58th birthday with a priceless video of him with his dad enjoying a live concert. In the video clip, we can see Jaaved and his son, Meezaan, dancing at the live concert and also giving major father-son goals to everyone. Along with the video, Meezaan also penned a heartmelting note for his dad in the caption, and it can be read as:

"May the wind always be at your back and the sun upon your face. And may the wings of destiny carry you aloft to dance with the stars… Happy birthday to the OG! Love you baba @jaavedjaaferi."

The doting son also shared a stunning picture with his dearest daddy on his IG stories and wrote, "Happy Birthday baba @jaavedjaaferi" atop it. Meezaan Jaffrey shares a friendly bond with his father, Jaaved Jaaferi, and time and again, we have seen the Malaal actor dropping some dapper pictures with his daddy. Once in an interview with the Hindustan Times, Meezaan was questioned whether he has benefitted because of his father's legacy in the Hindi film industry. Answering this, the talented actor stated that no one knew about the problems that he had faced. He had said:

"There is always that judgment from people, those comments do come, especially in today's day and age, when 'nepotism' has become such a huge issue. But I don't let it affect me in any way because I know at the end of the day what problems I face and how I am just trying to make my way through. People don't understand the reality of the situation." Going further in the interview, Meezaan Jaffrey had also talked about his late grandfather, Jagdeep Jaaferi and had explained how despite being the son of such an iconic actor, it wasn't a cakewalk for his father, Jaaved Jaaferi. Meezaan had added that your success depends on your own work ethic and not anyone else's legacy. The actor had explained:

"He (Jaaved) had to work hard on his own, he had his own struggle. At the end of the day, if you don't work hard, the audience can decide, based on your performance, whether they like you or not, whether you should get more work or not. And I think the industry itself is so cruel that those who are unable to perform or do not work hard are rejected, at the end of the day."