Veteran comedian and actor, Jagdeep Jaffery a.k.a. 'Soorma Bhopali' has passed away at the age of 81. And here's everything you need to know about his career and personal life.

When we thought that this year could not turn any worse for Indian cinema, the news of Syed Ishtiaq Ahmed Jaffery, better known as Jagdeep Jaffery’s demise has shocked the entire nation. The veteran comedian was one of the last stars of the golden era of Indian cinema which has lived by the names like Johnny Walker, Mahmood, Rajendranath, Keshto Mukherjee, and many others. With the demise of Jagdeep Jaffery, an era of comedy has ended, and there’s no worse feeling than this for the entire Bollywood fraternity. The actor had appeared in more than 400 films and a career spanning six decades tells everything about his incredible journey to become one of the greatest comedians of all-time.

The veteran actor, Jagdeep Jaffery had worked in many mega-hits such as Purana Mandir, 3D Saamri, Sholay, Andaaz Apna Apna, and many more. The legendary comedian, who has given stars like Jaaved Jaffery and Naved Jaffery to the Bollywood industry had bid farewell to all of us on July 8, 2020. According to a report from PTI, famous producer, Mahmood Ali has revealed that Jagdeep Jaffery has breathed his last after some old-age related health problems. He said, “He passed away at 8: 30 pm at his residence in Bandra. He was not keeping well due to age-related issues.” After hearing about the heartbreaking news of the legendary actor’s demise, the whole Bollywood fraternity has come together on social media to shower their love and respects on the late actor. While some are appreciating his comic timing, some are praising the kind of person he was in reality. Here are some of the tweets from celebrities. 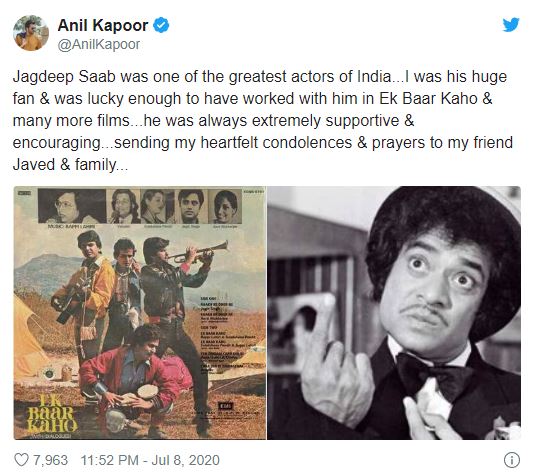 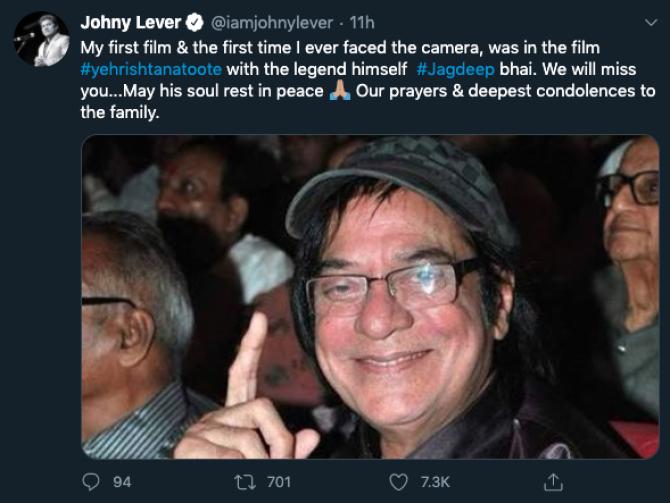 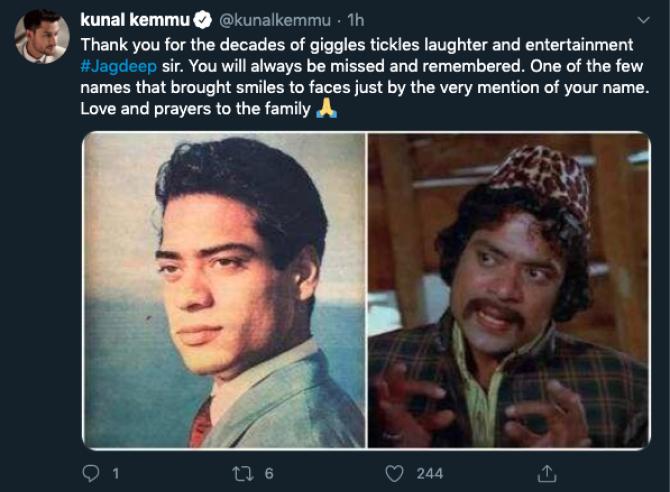 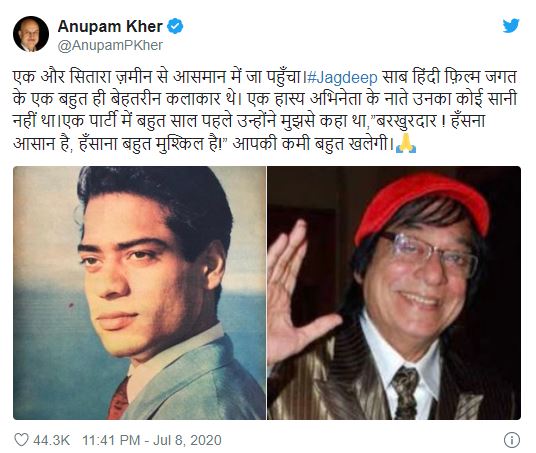 Worked As A Soap-Comb Seller. 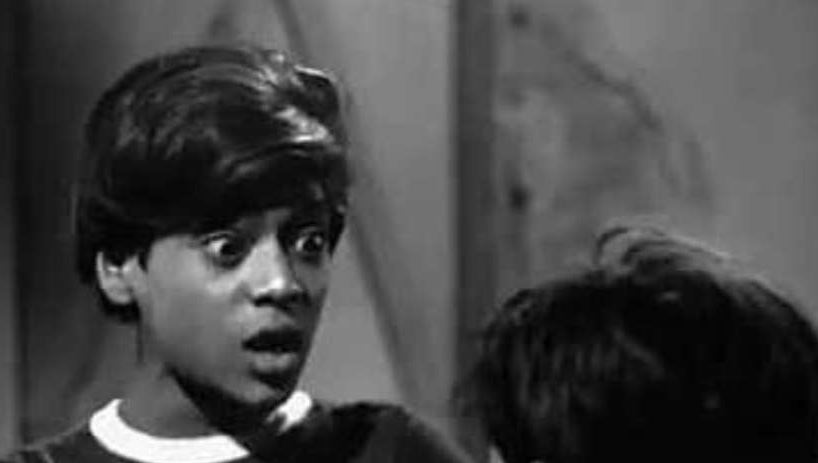 Not a lot of people know that Jagdeep Jaffery’s early life was full of struggles, and it was the times of partition that had played a crucial role in his life. The actor was born on March 29, 1939, to his parents, Syed Yawar Husain Jafri and Kaneez Hyder. When he was 8-year-old, his father had passed away in the year 1947 during partition. Their whole family had faced some of the most terrible phases of their entire lives. But it was his mother, Kaneez, who had taken him and other two kids with her and had brought them to Mumbai. After coming to Mumbai, to have food to eat, Jagdeep’s mother had started working all day long in an orphanage. Seeing his mother work so much, the little son had decided to quit school and had begun selling soap-combs on the streets. 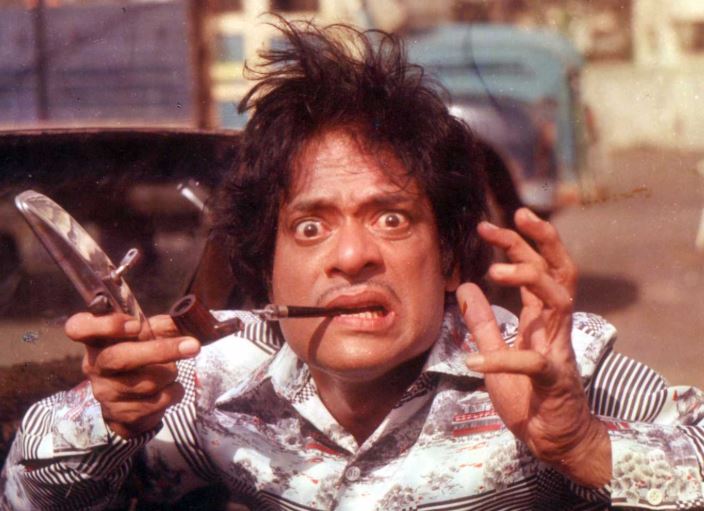 In a throwback interview, the legendary comedian, Jagdeep had talked about that time and had revealed how he used to cry seeing his mother work all day long or all three of them. He had said, “I had to do something to stay alive, but I did not want to earn money by doing wrong things, so started selling goods on the street.” Meanwhile, the legendary filmmaker, BR Chopra was directing a film named Afsana, and for one scene in the movie, he had needed some child artists.

Don't Miss: Saroj Khan Revealed Why Her Father Changed Her Name From Nirmala, How She Began Working At Age Of 3 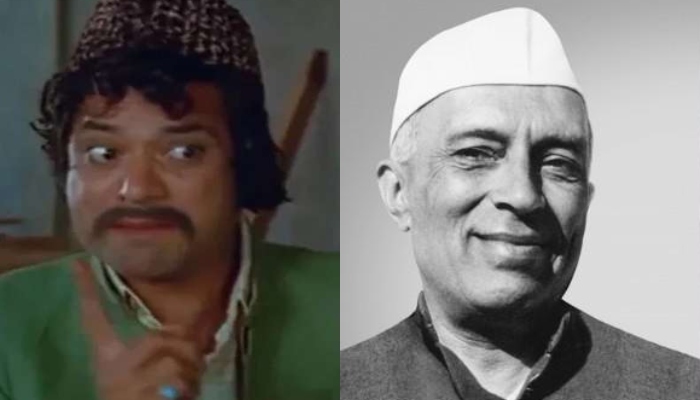 Luckily, Jagdeep got the eye of BR Chopra’s supplier and with no interest in acting the little Jagdeep had agreed to the offer. The sole reason behind it was the fact that they were paying him 3 rupees for a clap, while he was earning just 1 rupee selling soap-combs all day long. But something happened, and he had started working as a child artist in many movies and got everyone’s attention when he had worked in Bimal Roy’s film, Do Bigha Zameen and had become ‘Master Munna’. The acting career of Jagdeep Jaffery has seen tons of highs and not so many lows. But one of the most significant achievements of his entire career is when India’s first Prime Minister, Pandit Jawaharlal Nehru, had given his personal staff to the actor for some days. The reason behind this exceptional gift from the country’s main man was Jagdeep’s outstanding work in PL Santoshi’s film, Hum Panchhi Ek Dal, who was 18-year-old at that time. Jawaharlal Nehru had praised him for his brilliant acting geniuses at such a young age and from where there’s simply no looking back for this actor, who had gone on to become one of the biggest names in Indian cinema.

You May Also Like: 17 Bollywood Celebrities Who Are Above 40, Happily Unmarried And In No Mood To Take The Plunge However, not many people are aware of his personal life that is not less than a Bollywood movie in itself. The actor has married three times in his life and has six children in total. Jagdeep Jaffery had married for the first time to Naseem Begam, with whom the actor has three children, Hussain Jaffery, Suraiya Jaffery, and Shakira Shafi. After which, he had married to Sughra Begam with whom he had given birth to two talented actors named, Jaaved Jaffery and Naved Jaffery. And, his third marriage was with Najima, who was 33 years younger than him and with whom had embraced the parenthood for the sixth time birth as they had welcomed a baby girl, whom they had named, Muskan.

The Most Controversial Wedding. Out of all these three marriages, Jagdeep’s third marriage was the most controversial one. It was the time, when Jagdeep’s son, Naved’s marriage talks were happening in the family and one day when a family had arrived to see his son, Naved with their daughter with a proposal of marriage. The famous judge, Naved Jaffery of the popular Indian show, Boogie Woogie had denied from marrying because he wanted to focus on his career. In the middle of all that chaos, it was Naved’s dad, Jagdeep who had fallen in love with the elder sister of that girl with whom his son was getting married. The veteran actor had proposed her and the elder sister, Najima had accepted his proposal, and the couple had married.

Don't Miss: 5 Bold And Beautiful Bollywood Divas Who Have Been Married More Than Once

However, with time, the controversial wedding was accepted by everyone after the whole family came in support of Jagdeep’s decision. Now, after all these years, when we look back at the interesting life of this comedian, Jagdeep Jaffery, it makes us smile, and that’s what his legacy is all about. No matter how many comedians will come and go, the character ‘Soorma Bhopali’ from the film, Sholay will be in our hearts forever. In the end, there’s nothing better than ending this with one of the most famous dialogues of Jagdeep Jaffery, “Mehnat se mile daulat toh allah ki rehmat hai, mile haraam ki toh shaitaan ki laanat hai, peet par maarke apno ke khanjar jo mile daulat, Arey! vo laanat hai, vo laanat hai, vo laanat hai.”