Manoj Bajpayee is not just an exceptional actor but is also a complete 'family man'. On February 23, 2020, he shared a beautiful note on his daughter’s birthday which falls on his wedding anniversary. 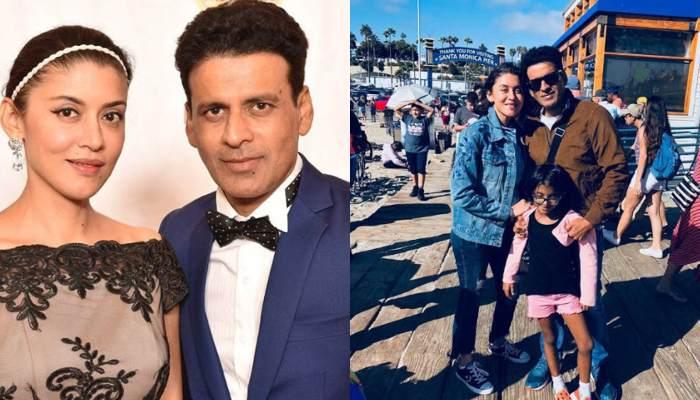 Love is the most magical feeling of this world and it becomes even more beautiful when you spend your entire life with your forever. Being in a relationship needs a lot of effort from both the partners. From balancing work to taking out time for each other with little surprises are the important factors to keep a relationship going. While we have many couples in the glamour world, who have aced marriage, one such couple is Manoj Bajpayee and Shabana Raza a.k.a., Neha who are an epitome of a perfect relationship. (Also Read: Mahesh Bhatt's Heartfelt Wish On Daughter, Pooja Bhatt's Birthday Is Pure Father-Daughter Goals)

Manoj has always proved his niche on the professional front with his versatile acting and unconventional roles. From Satya, Bandit Queen, Zubeidaa, Raajneeti, Gangs of Wasseypur to Aligarh, Manoj has an array of hit films to his credit. Named after the veteran actor, Manoj Kumar, Manoj Bajpayee had always dreamt of making it big in cinema. Tagged amongst one of the most powerful and illustrious actors of Bollywood, he was rejected more than thrice from the prestigious National School of Drama. It was only his determination and hard work that had gotten him the name and fame in Bollywood industry. It was during the release of his film, Satya, he had met actress, Neha, whose debut film, Kareeb released on the same day. The two had become friends initially and tied the knot later. 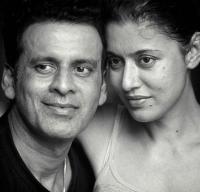 Neha and Manoj completed 14 years of marital bliss and coincidently their daughter, Ava Nailah’s birthday falls on the same day of their wedding anniversary. On February 23, 2020, Manoj took to his Instagram handle and shared some beautiful pictures of his daughter, Ava and wife, Neha. Along with the pictures, he wrote a beautiful note which can be read as “And she turn 9 today...!!! Love you Ava to eternity always!!! It’s our marriage anniversary too!!! Celebrating life!! Forever thankful for our blessings!!!”

Manoj and Neha had met each other at the premiere of the film, Satya. Neha was new to the industry and had just debuted with Vidhu Vinod Chopra’s romantic flick, Kareeb opposite Bobby Deol whereas Manoj was already a known name in the industry. It was Neha’s first Bollywood movie for which Chopra changed her name! The actress, born Shabana Raza, has since reverted to her old name. (Also Read: Izhaan Mirza Malik's Birthday Wish For 'Khaala', Anam Mirza Is Everything Love, Asad Surprises Her)

Manoj Bajpayee and Shabana Raza are a match-made-in-heaven and give major relationship goals to the millennials. In an interview with the Hindustan Times, Neha had opened about how she had met Manoj. Talking about the same, she had stated, “Manoj and I have known each other for 10 years. I met him right after Kareeb was released. And since then we've been together. We're individuals and yet a compatible couple.”

In the same interview, Neha had also talked about how she is happy being Mrs Manoj Bajpai and why she had withdrawn from acting. She had retorted, “I've always been passionate about acting. But I couldn't go role hunting from door-to-door in producers' homes. Maybe that was a drawback in me. After a while, when the right roles stopped coming, I withdrew from acting and was just happy being Mrs. Manoj Bajpai.”

The two had dated for eight years before finally sealing the deal in the year 2006. According to the reports of the Free Press Journal, Neha had once revealed how comfortable she has always been with Manoj’s stardom. She had stated, “Manoj and I understand each other well. We do not mix our professional and personal lives. We have a very healthy relationship.” The couple was blessed with their first child, a daughter named Ava Nailah, in 2011 and since then, the family of three is making the best of their time together. (Also Read: Janhvi Kapoor Shares An Unseen Picture Of Her Late Mother, Sridevi On Her 2nd Death Anniversary) 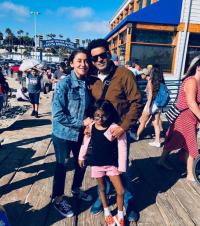 Here’s wishing a very happy anniversary to Manoj and Neha and happy birthday to Ava! When you think of the phrase “relationship goals”, you know that the bond of actors Manoj Bajpayee and Shabana Raza aka Neha has hit the bull’s eye! Theirs is a special tale that is of partnership, perseverance and privacy. An adorable and extremely private love story that is said to