While the ceremony was a special one for Manoj Bajpayee on the professional front, it was a bit emotional for the actor in terms of his family. In his recent interview, after winning the National Award, the actor opened up about the emotions and feelings that he was going through as he received his 3rd National Award.

Recommended Read: Jasmin Bhasin Marks Her Territory On BF, Aly Goni When Asked About Other Women Flirting With Him In a conversation with Mid Day, Manoj Bajpayee opened up about the emotions he had experienced while receiving his third Best Actor award for his stellar performance in the film, Bhosle, at the 67th National Film Awards. The actor stated that he had missed his parents when he was on the stage receiving the prestigious award from Vice President, M. Venkaiah Naidu. The Family Man 2 actor also added that no one was present at the ceremony from his family, as his wife, Shabana Raza and their daughter, Ava Nayla, couldn't make it. He said:

"I was feeling alone as there was no one from my family side. My wife (Shabana) and daughter were supposed to join me, but they could not make it. During the award receiving time, I missed my parents a lot." Going further in the interview, Manoj Bajpayee also added that he badly missed his father, Radhakant Bajpai, while receiving the National Award. As he revealed that his father would have kept track of his awards and trophies. He also added that seeing him lifting an award as big as National Award, his dad would have been proud of him. Manoj Bajpayee also stated that the ceremony was a happy-sad one for him, as he missed his family members. He added:

"My father loved watching films. He would keep a track of my awards and would feel proud whenever I was awarded. So, this ceremony was more than a mixed bag of emotions for me." 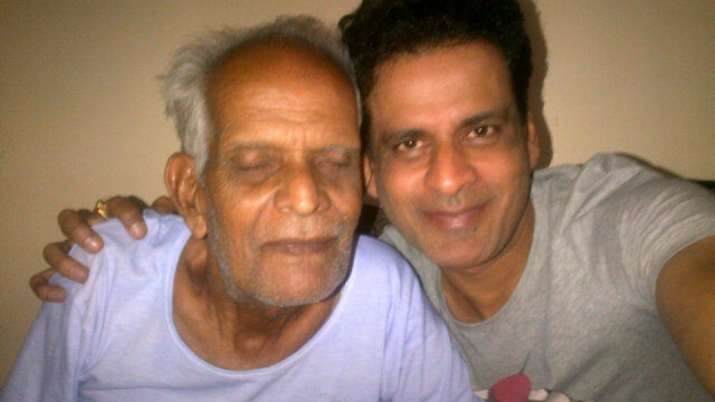 For the unversed, Manoj Bajpayee's father, Radhakant Bajpai, had passed away on October 3, 2021, in Delhi due to prolonged illness. According to ANI, after Manoj's father was admitted to a hospital in Delhi, and was in a critical condition. The actor was not in the city and had immediately left his shooting in Kerala to meet his father at the hospital. Despite doctors' best efforts, Manoj's father passed away at the age of 83, and it had left the actor devastated. In an earlier interview with the ANI, Manoj Bajpayee had revealed how his father had inspired him to complete his higher studies before making a career in the entertainment industry. In his words:

"I came from my village in Bihar to Delhi at the age of 18. I joined Delhi University. Finishing my graduation was my father's dream. He did not want me to leave studies.. So I really wanted to fulfil his dream and somehow managed to complete the course and take a degree." On the professional front, Manoj Bajpayee will be next seen in the films, Satyameva Jayate 2 and Kurup.