Different people have their own unique ways to deal with breakups. While some delve into self-love mode, some keep on stalking their exes on social media, while some choose to build a ‘don’t care anymore’ attitude. While the latter part is the most needed yet the most difficult one, it is also interesting to note how our favourite celebrities deal with breakups. And this one comes from Manish Naggdev about his now ex-muse, Srishty Rode and her rumoured lover, Rohit Suchanti. (Do Read: Arjun Kapoor And Half-Sister Janhvi Kapoor's 'Only' Childhood Pic Together, She's Sitting On His Lap)

For the uninitiated, Rohit Suchanti and Srishty Rode were inmates inside the Bigg Boss 12 house and the former had time and again, came up with unique ways to express his feelings indirectly towards Srishty. While we will share more details about the same in the later paragraphs to come, recently, a news about Srishty and Rohit had made all heads turn! Pictures from what could be termed a ‘secret vacation’ of Srishty and Rohit to Thailand, were all over the internet. An online portal, TellyChakker reported the same and even shared some pictures from their vacay: While it later came about that Rohit Suchanti and Srishty Rode were not vacationing in Thailand, but instead were collaborating for a music album which would be shot there, her ex-boyfriend, Manish Naggdev had a very unexpected reaction to Srishty and Rohit’s vacation pictures. As reported by TellyChakker, Manish had read the article and tweeted “A big thank you @tellyckakker.” When the online portal contacted him, the Udaan actor shared, “I thanked TellyChakkar because I am getting updates and news about stuff only from this website. I am not in contact with Srishty anymore, and thus, I don’t have any information about her whereabouts. Neither am I interested.” Well, that suffices all! 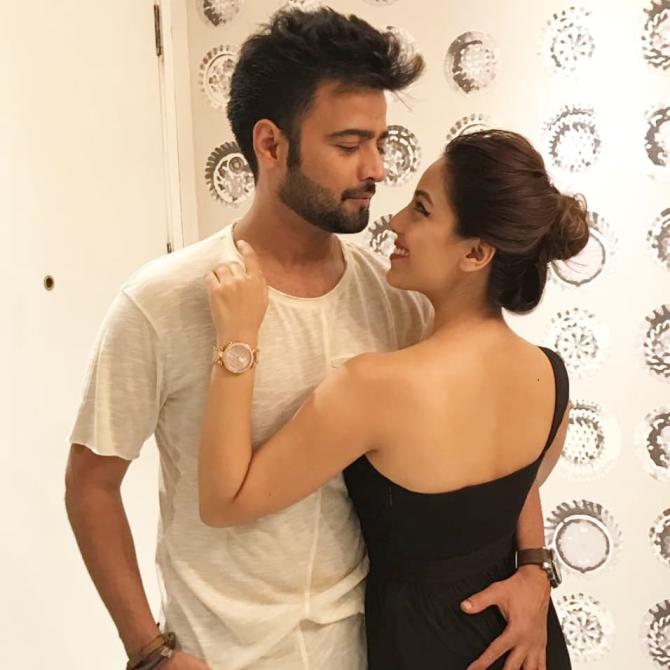 When Manish Naggdev and Srishty Rode were dating, rumours about a possible dating spree between Manish's once muse, Srishty and Rohit were all over the internet. Speaking about the same, an all-chilled Manish had then shared with The Times of India, “I am absolutely cool with the link up news. I know Rohit is trying his best but nothing is going to happen because I know Srishty is all mine. She is really clear in her thoughts and knows whom she wants. She knows what she is doing in the house. I have no comments for Rohit. Till the time he is in his limits it is fine but the moment he crosses his limits, I shall not tolerate." He had also added, “I am fully secured and I know what she is doing. I don't need to be insecure at all and as I know Srishty. Everyone has their right to feel and express their emotions and I am quite okay if Rohit has done that but I am not at all insecure. I just want him to be in his limits." (Must Read: Akash Ambani's In-Laws Had Immense Fun Pulling His Nose For A Ritual At His And Shloka's Wedding) 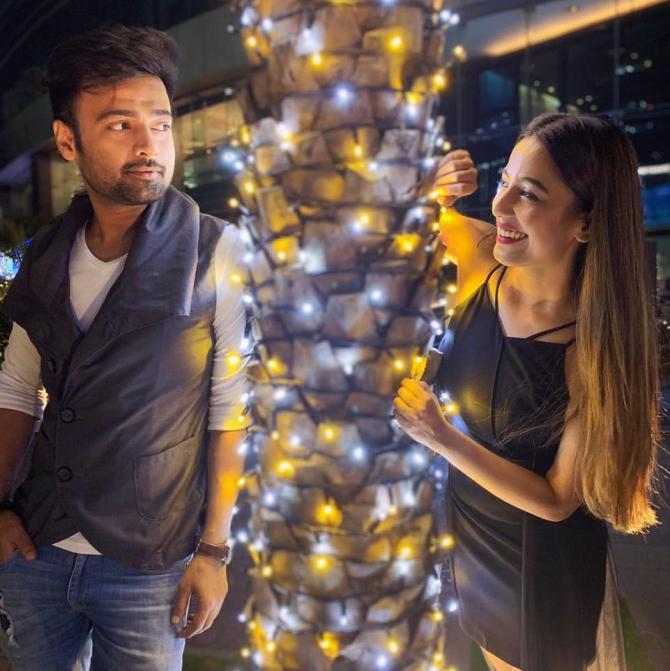 In an interview with SpotboyE, Rohit Suchanti had opened up about Srishty and Manish's breakup. He had said, "You have seen the show, right? Do you think I crossed the line? Srishty and I are just friends. As for her personal life, it's her decision what she wants to do with it. She is a very sensible and smart girl." In a recent interview with Bombay Times, Rohit finally confessed his love for his once Bigg Boss co-contestant, Srishty Rode. Commenting on her breakup and his feelings towards her, the 22-year-old actor shared, “There were issues in their relationship even before she entered the house. They split owing to their differences and I have no role to play in that. It’s easy for people to assume otherwise. No one ends a relationship of four years for a guy she has known for a month. Yes, my feelings for her were evident inside the house, but she never reciprocated. She told me about the split when I called her soon after my eviction from the show. She was extremely sad, and I tried to calm her as a true friend. She is still hurting and trying to come to terms with it." He had also shared, “I dropped many hints inside the house, but could never muster the courage to tell her directly. I genuinely like her and feel it’s about time I confessed my feelings to her. I don’t know what her reaction will be. When I was inside the house, people pointed out the five-year age gap (he is 22) between us, but that has never deterred me. Love knows no such barriers. Srishty has the prettiest smile and I appreciate the way she handled me inside the house. She was my strongest support She was the first girl I interacted and connected with on 'Bigg Boss'. I don’t want to keep my feelings to myself and I don’t care what people have to say about us. It will be between us. I am excited about confessing my feelings to her, but I don’t know what her reply will be." Coming back to Srishty Rode and her now estranged partner, Manish Naggdev, while everyone began New Year 2019 on a happy note, rumours had it that the soon-to-be-engaged Srishty and Manish have called-off their engagement. Confirming their breakup with SpotboyE, Manish had revealed, “Srishty and I are not together anymore. I don’t wish to give a reason because there is none in particular. All I can say is, minor disagreements and difference of opinion led to it. We were expecting different things from each other.” (Also Checkout! Mom-To-Be Chhavi Mittal Reveals Feeling When The Baby Kicks, Shares Areeza's Expressions [Exclusive]) Looks like everyone has moved on in their lives and are happy. Guys, what is your way of dealing with breakups? Let us know!