Television actress, Maninee De revealed the trouble she and her husband, Mihir Mishra are having in their married life. Find out!

Maninee De is a popular television actress and had also worked in a lot of Bollywood movies like Student of the Year, Fashion, etc. Majorly, she’s famous for her stints in television shows like Naamkarann, Laado 2, Madhubala - Ek Ishq Ek Junoon, etc., but she had stolen everyone’s heart through her commendable stint in the famous television show, Sanjivani. The actress had married television star, Mihir Mishra back in 2004 in an intimate wedding. (Recommended Read: Deepika Padukone Penned The Cutest Birthday Wish For The Light Of Her Life, Ranveer Singh)

But after 16 long years, in her recent interview, Maninee De has revealed that she and her hubby, Mihir are living separately for the last 6-months. Along with that, she has also talked about whether the couple is heading for a divorce or not. In an interview with the Bombay Times, television actress, Maninee De has revealed a lot of shocking revelations about her 16-year-long marriage with husband and television actor, Mihir Mishra. The actress has revealed that she is living with their 21-year-old daughter from her first marriage, Dianoor in Mumbai. While, Mihir is with his parents in Pune, and the couple have been settled separately for the past 6-months. When Maninee was asked about the reason behind this significant step, the actress stated, “Marriage, like any other relationship, has its highs and lows. Yes, it’s true that Mihir and I have been living separately for six months. The reasons for our separation are too personal to be divulged. Also, I respect the sacredness and sanctity of our relationship. We gave it our best, but the outcome isn’t in our hands.” (Don’t Miss: Raghu Ram's Son Turns 6-Months-Old, Daddy Cool Shares Pictures From Rhythm's 'Annaprasana' Ritual) 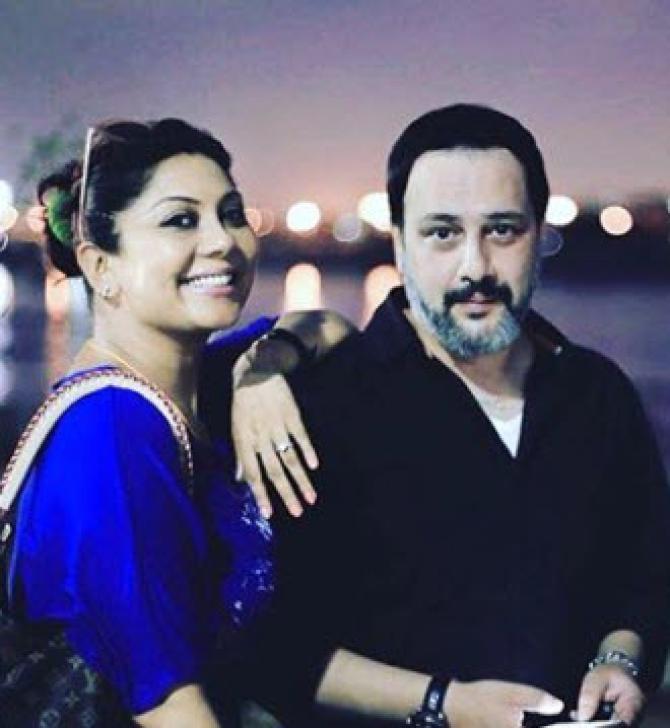 Moving forward in the interview, the actress also talked about the current scenario between her and hubby, Mihir Mishra. Stressing on the fact that people evolve with time and they’ve evolved in different paths, she said, “Many people had given our Marriage just three weeks, but it lasted 16 years. It means that we had much love, care and compassion for each other. However, relationships and people evolve with time. In our case, we evolved at different paces, and our paths diverged. I have an aesthetic way of looking at life. Maybe, we had a karmic debt, and it lived out its course.” However, the actress has revealed that she wants their friendship to survive this ordeal. She explained, “It’s even more sad, because a lot of people felt that ours was a fairy-tale romance. What was most beautiful about our bond was that we were friends first and then partners. I hope that our friendship survives this ordeal. Having said that, happiness is essential for every human being, and it shouldn’t be compromised on, at any cost.” Heading towards the closure in her statements, she sends out blessings for Mihir and also talked about the decision of divorce. “I wish Mihir all the very best. It’s been 16 wonderful years with him. I would request the media to respect our privacy and let us heal with grace. I don’t know and can’t say anything about it at this point. We haven’t spoken about it.” Well, it’ll be interesting to see what Mihir has in the store about his troubled marriage. But it’s always not less than a blessing to see a couple dealing with such nerve-wracking situation with maturity and balance. (Also Read: Smriti Khanna's Baby, Anayka Dresses Up For Her Mom's Birthday, The Actress Calls Her The Best Gift) We hope the best for Maninee and Mihir!