Popular actress, Mandira Bedi shared a powerful note for her son, Vir Kaushal as she credited him for making her more independent. Take a look!

In the glamour industry, we see celebrities not speaking about certain issues and incidents in order to avoid controversy. However, there are still a lot of celebrities, who never shy away from telling the truth in front of their fans and one such celebrity is gorgeous actress and fitness freak, Mandira Bedi. Everyone knows that Mandira Bedi is an epitome of women empowerment and over the years, she has inspired everyone with her thoughts. (Recommended Read: Shamita Shetty Wishes 'Darling Jiju', Raj Kundra On Birthday, Shilpa Shetty Is In Awe Of Their Love)

This time around too, the actress has shared a powerful note for her little son, Vir Kaushal along with a gorgeous picture with him. In her note, she addressed the changes she had felt in her personality after becoming a mother and reading it will surely inspire you to be the best version of yourself. Scroll down to take a look!

Mandira Bedi Shares A Beautiful Picture With Her Kids, Vir And Tara, Calls Herself The Luckiest Mom 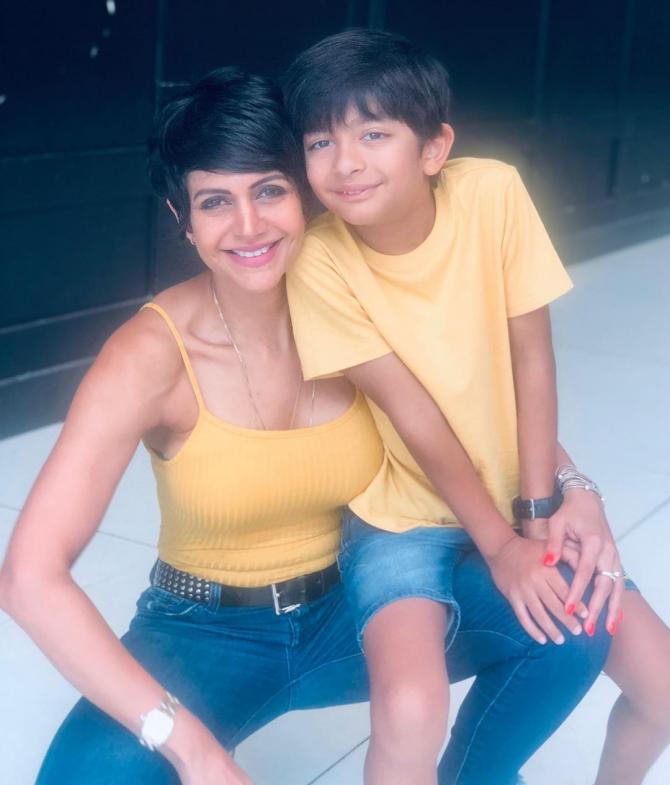 On September 8, 2020, popular Bollywood actress, Mandira Bedi took to her Instagram handle and shared an adorable picture with her son, Vir Kaushal. In the picture, we can see the little prince sitting on her mother's lap and adorably looking away from the camera. While Mandira amazes us again with her fit physique, it's her caption that inspires us to become better. In her powerful caption, Mandira talked about the impact of her son's arrival in her life. She wrote, "You know who is, my greatest strength? You know who is, the love of my life??? This guy this guy this guy!!! I waited a while to become a mom. And now that I am, it may just be the best thing I ever did. I'm a better, stronger and more independent person because of it. I being a mom. It's the best feeling ever. Thank you, Vir for coming into my life and making it better, best, bestest! THIS IS NOT A BIRTHDAY POST it's a LOVE post." 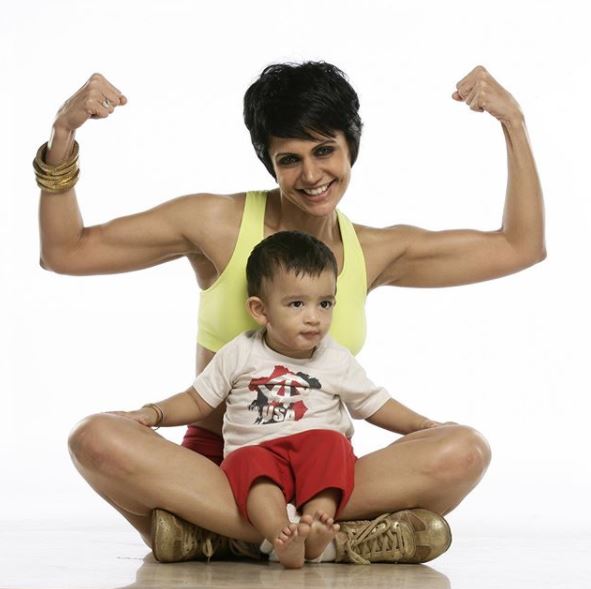 For the uninitiated, Mandira is married to filmmaker, Raj Kaushal, and according to her, Raj is her best husband, who had supported her throughout her career. The couple had tied the knot on February 14, 1999, and since then, they have been giving us major couple goals by supporting each other in their respective challenges. In an interview with a leading media portal, Mandira had revealed that her husband, Raj is the one, who had helped her to face the struggles of her career. She had also revealed that Raj takes care of their son, Vir when she is out for her shoots. (Don't Miss: Mahhi Vij And Jay Bhanushali Share Their Engagement Video To Celebrate Their 10th Anniversary) Some months ago, in an interview with the Hindustan Times, Mandira had revealed her wish to be a mother again. She had stated that her husband, Raj wanted a sister for their son, Vir, and they want to adopt a baby girl between the age group of two-and-a-half to four-years. She had also revealed that they have even decided a name for her – Tara. For the uninitiated, it has been two years since the couple had applied for adoption at CARA (Central Adoption Resource Authority). In the same interview, Mandira had also shared how becoming a mother had given a new perspective to her life and had explained, "Motherhood is the most beautiful thing that has ever happened to me. There is so much that I learn from my son. He speaks like a wise old man at times and tells me 'Mumma… I love the feeling of love'. When you experience parenthood, it makes you look at the other side as well. The unconditional love I feel for my son, I can only imagine what my parents think for me. And it has made me love and respects my parents more." (Also Read: Shikha Singh's Little Munchkin, Alayna Is Surprised That She Was In Mommy's Tummy, Looks Supercute) What do you think about Mandira's powerful note for Vir? Let us know!

Mandira Bedi Shares A Beautiful Picture With Her Kids, Vir And Tara, Calls Herself The Luckiest Mom