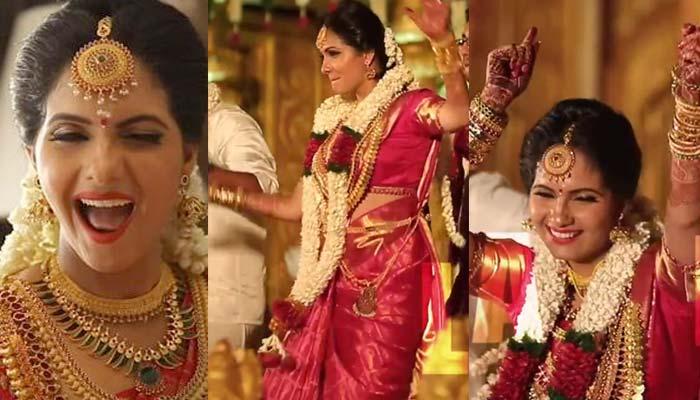 The best part about living in India is that one gets to experience different cultural and religious diversities. Representing the zones, we experience the big fat Punjabi weddings, zealous and aesthetic Bengali weddings, ritualistic and traditional Gujarati wedding and contrary to the perception of big fat weddings, we have Malayalam weddings.

Well, there is a myriad of types of weddings in India and each wedding is celebrated in a unique manner. Malayali wedding is believed to be simple and there is a series of customs and rituals that are followed in an organized way. Though their ceremonies are not celebrated in a grand way but it is still breathtaking to watch their wedding.

Last year a catchy song ‘I’m a Mallu’ got viral which was associated with being a Malayali. Recently, a South Indian actress and model, Ashwathy Warrier got married to Abilash Unnikrishnan and their wedding video has surfaced on the internet owing to its lyrics. This couple has given everyone #weddinggoals with the video they made on their special day. 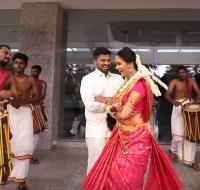 Though dressed up in a traditional ensemble, this bride wins our hearts with her funky dance moves. The quirky essence of this video has touched many chords. The couple has involved other family members and friends for their special wedding video and their lip sync to this rap song has grabbed the eyeballs on social media.

Take a look at their spectacular dance video:

The video is produced by SDS Studio and it not only features the young generation but also the elders are dancing to the tunes with full enthusiasm and cheerfulness. The typical Malayali wedding is expected to be short and simple, but does that not mean you can’t have fun? 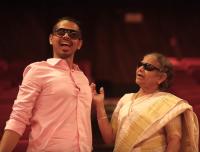 The bride and the groom were grooving on this dance number through the entire wedding. According to the sources, the choreography and coordination was done by the bride, groom and bride’s cousin.

Isn’t this so amazing? We loved the way this video is choreographed and synchronised despite featuring so many people. What do you guys think about their innovative style of filming their wedding video? Do let us know in the comments section below.

NEXT READ: This Couple Had A 'GOD-THEMED' Wedding And The Reason For It Has Left Everyone Wondering