Even if it is an uncontested divorce, we have to admit that splits are tough. What’s even tougher is moving on from the past and looking forward to the present, especially, if you have been with a person for over 19 years! This was exactly the story of once-madly-in-love couple, Malaika Arora Khan and Arbaaz Khan. (Do Read: Sonam Kapoor Wears 'Sasu Maa' Priya Ahuja's Gift At Isha Ambani's Engagement, She Felt Like Princess)

The year 2016, began with rumours of a possible split between Malaika and Arbaaz, which the now ex-couple, kept on dismissing. But all rumours were held true when in mid-2016, truth about their rumours finally came in the limelight. The couple shared the news as they issued a joint statement notifying people of their divorce. What seemed as a difficult time for the couple and the family back then, both Malaika and Arbaaz seem to be a good spot in life now as they both have moved from the past. A Voot chat show named Feet Up with the Stars has famous celebrity fashion designer, Anaita Shroff Adajania as the host. One of the episodes in the show has Malaika Arora Khan as the guest where, after a long time, the Munni Badnaam star spoke about her life after divorce. Malaika revealed, “I'm calmer, more at ease and at peace with my surroundings. I think I was just all over the place. Now, I feel far more calm."

To be associated with a star family and suddenly a split might have affected her in a lot of ways and it sure hasn’t been an easy journey for her. What did Malaika do to keep her calm? The Chaiyya Chaiyya star revealed on the show, “There were these thoughts that went through my head. I think anyone would feel the same. What would happen? How would life pan out? Whether emotionally or professionally, the good thing is, I didn't let anything get to me. I didn't get hyper. I just let time take its course.” (Also Read: Malaika Reacted In Unexpected Way When She Met Ex-Hubby Arbaaz Khan's Alleged GF Georgia Andriani?) 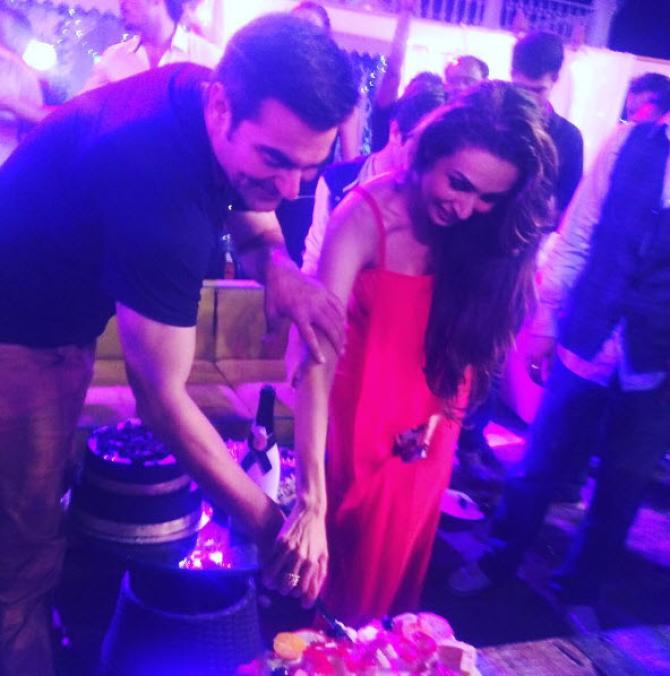 Speaking about how well they have moved on from the past, Arbaaz is currently dating an Italian model, Giorgia Andriani and Malaika is busy with her work. However, Malaika had long been linked-up with Arjun Kapoor but nothing has come about from the couple as of now. If rumours are to be believed, it was also said that Arjun is one of the major reasons behind Arbaaz and Malaika’s split. However, the rumoured lovers have always kept mum about the same. At the Lakme Fashion Week held in the last week of August 2018, not caring about what anyone would say, Arjun and Malaika were spotted watching the show sitting next to each other. Here’s a video:

Coming back to their split, Arbaaz had also opened up about his life after divorce in an interview last year (2017). Speaking about their son, Arhaan Khan, Arbaaz had stated, “I look at my scenario as my personal scenario. I have a 14-year-old boy right now who, unfortunately, has seen his parents split for whatever reason. He needs the right guidance and the right attention for which if I have to maintain a certain amount of decorum in my family then it will be done. I have a very good relationship with Malaika, and her family and it will continue to remain that way and my son is my priority and I would do anything to see that situation is maintained, apart from that there is nothing else to ask." 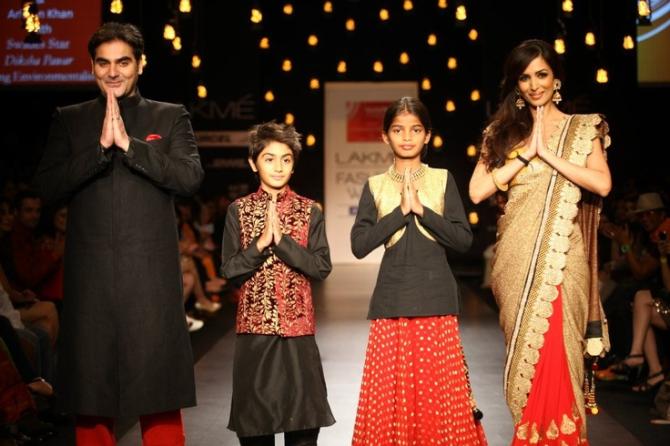 Malaika too, shared similar things upon parenting and taking care of their son. She had stated last year (2017), “Arbaaz is a part of my family, the father of my child. Certain equations don't change overnight. The things that happened should remain between us. It's personal. We don't have to prove anything to anybody. [Meeting Arbaaz] makes my son happy, and that makes me happy. Come on! For Amu [sister Amrita Arora Ladak], he's like a brother, and he is a son to my parents. What happened is between us.” (Don't Miss! Priyanka Chopra-Nick Jonas Look Divine In Traditional Attires At Isha Ambani And Anand's Engagement) 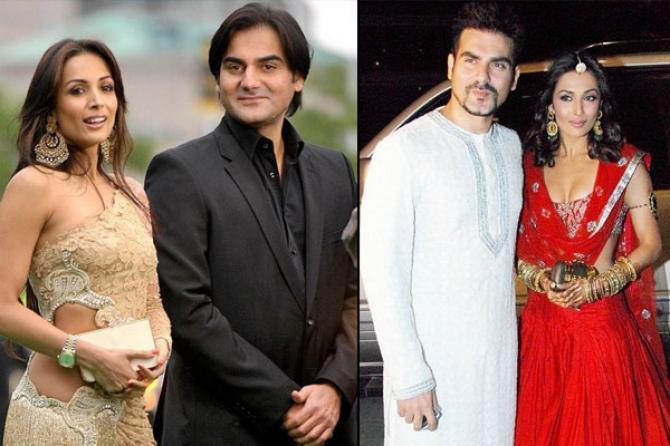 She had further stated, “He is very important to me. No matter what happens or where life takes us, Arbaaz will always be integral to my life. I still care about him. Arbaaz and I have known each other all our lives. It was emotionally difficult, but we haven't really talked about it because we are private individuals."

Malaika, it is so good to see you emerging so strong! We wish you a life full of happiness, love and success.