It came as a huge shock when Bollywood’s power couple, Arbaaz and Malaika announced their separation last year (2016) after being in the marriage for 18 long years. They never really revealed the reason behind the split, maybe they grew apart after all these years.

Both Malaika and Arbaaz were constantly under the scanner for their personal life as both were linked to some or the other person! A few months ago, Arbaaz was in the news when he was seen by paparazzi, spending quality time with some girl in Goa [Read Here]. He also posted a few pictures of her. Since then, people are constantly wondering if Arbaaz is dating someone after his separation from Malaika! 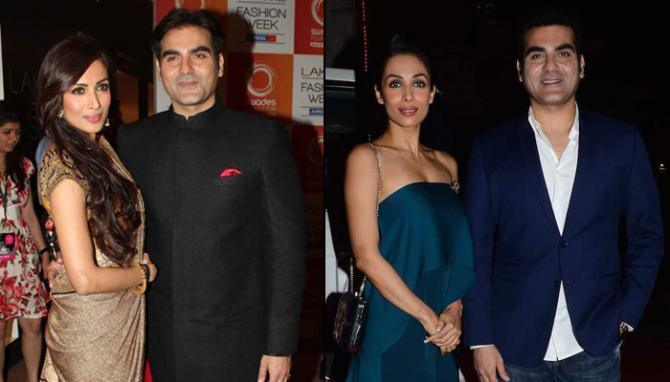 After much speculation about his personal life, he has opened up about it in a candid interview with DNA, here are the excerpts from the same! Take a look:

Talking about his state of mind after the divorce, Arbaaz said:

"I am in a good space at this point in time. Everybody has their scenarios, challenges, ups and downs, happiness and disappointments... I am not saying that any of those are completely washed away. There will always be a sense of things you want to achieve, where you want to be, a sense of disappointment, a few regrets here and there. Those are always going to linger. How you cope with them and how you move on is what your life is about. Right now, I am in a better space because I am able to cope with whatever challenges are thrown at me."

Talking about Malaika, he said:

“I do depend on people. I am dependent and I don’t know anybody who is not, but people like to believe they do not need anybody for anything, it’s not true. Everybody needs somebody for some reason. Coming back to my relationship, I had come to a stage where I needed Malaika in my life.” So, did she become a habit for him? Arbaaz said:

“No, not in a negative way. Needed her in a way like you need water. It’s not whether you like it or not, you need it, like air. If I don’t get it, I’ll die. So, there comes a point in your life that somebody in your life — your parent, brother, sister or colleague — you need them like that and you should never look at anyone like that. You give someone the importance that they become so valuable in your life. Imagine somebody taking water or oxygen away from you, how would you feel? That’s almost what I felt for a while. Of course, you get used to it. Life goes on, you move on, and you have to make sense of what’s happened and you somehow find that. You cannot always get answers."

"I look back and see 22 years of togetherness — five years of courtship and 17 years of marriage and a child. And I wonder why this and why that and what could have been corrected. And if there were mistakes from my end or her side. We just couldn’t work around it. We did our bit of counselling... What I am saying is that you should never be embarrassed when you say you are dependent on somebody. I am talking about a genuine need where you feel good/bad/ugly, I cannot do without you. If the air is bad, will you not breathe it? If the water is dirty, will you not drink it? Somebody creates a scenario; you try and live with that. I was in that space where Malaika was somebody I couldn’t live without, under any circumstances. You know, I can never completely deal with it.” 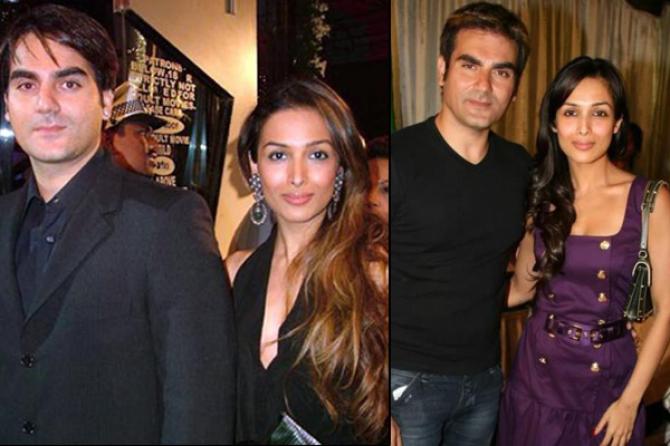 Even though they are not together anymore, a look back at their love story always gives us goosebumps. READ HERE!

Sometimes you have to let go. What does he think of it? Agreeing to it, he said:

“You have to just let go, what do you do? It is not easy. We are on good terms. For a while, I wanted her to stay away from me. When you live together and are not together and yet you are together in so many ways, it gets complicated. I said, ‘Just live your life.’ I wanted a gap. The first year, it was, aise nahi ki itna gap de do ki, genuinely, she or I don’t want it.”

So why did she move out of your house back then? He explained:

“Initially, I moved out. Now, she has moved out of our house. She has got her own place and stuff. I am living in this whatever — you know, usika hai jo bhi hai — jab mera nayaa ghar hoga, main shift karunga.”

So, is he a bachelor again or in a relationship? He revealed:

“Not a bachelor, but I feel single. I am not in a relationship.”

Arbaaz with his friend Yellow Talking about the speculations about him dating a woman, the one who was in his Instagram pictures, he further added:

“Which one? If you are talking about Yellow, she is just a friend. She is somebody who I meet when I go to Goa. She owns a restaurant.”

Arbaaz with his girlfriend Alexandria 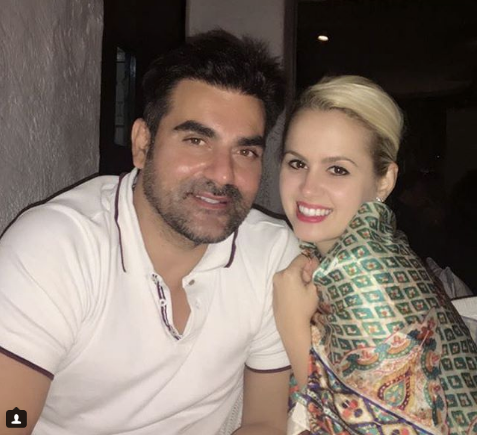 There are rumours that he is dating some Romanian girl. So is Yellow the same girl? He cleared the air, saying: 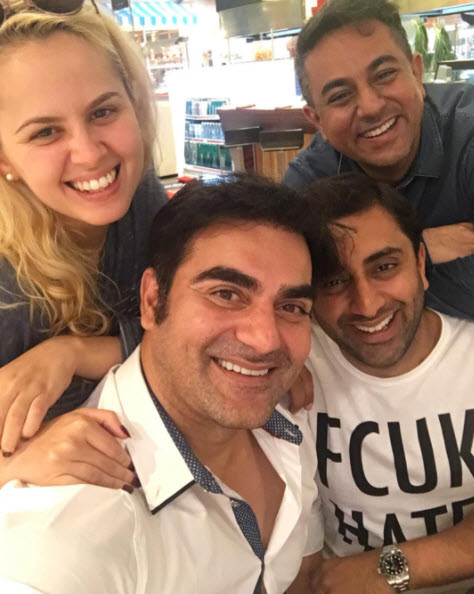 So, Alexandria is the new girl in Arbaaz's life! Here are a few pictures of the pretty lady. Take a look: 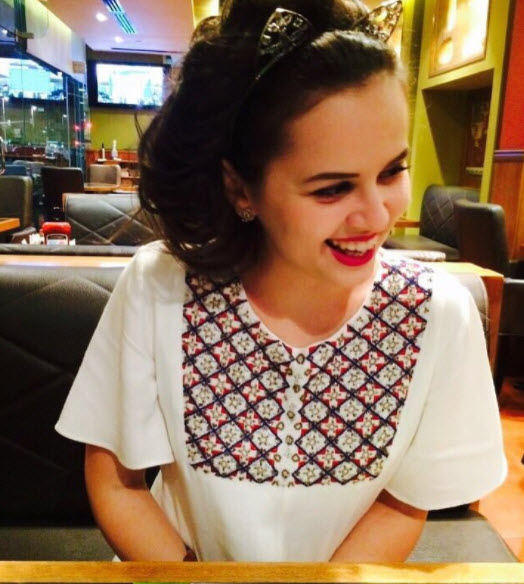 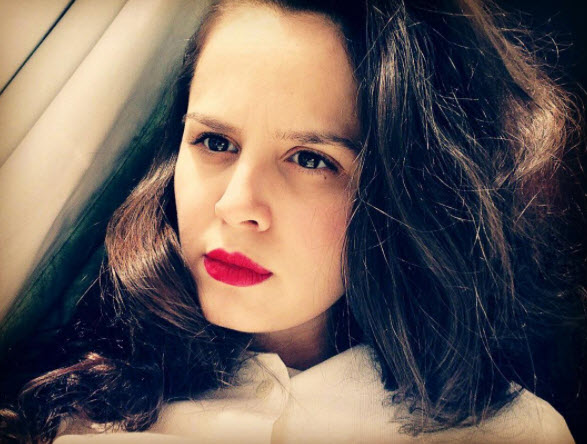 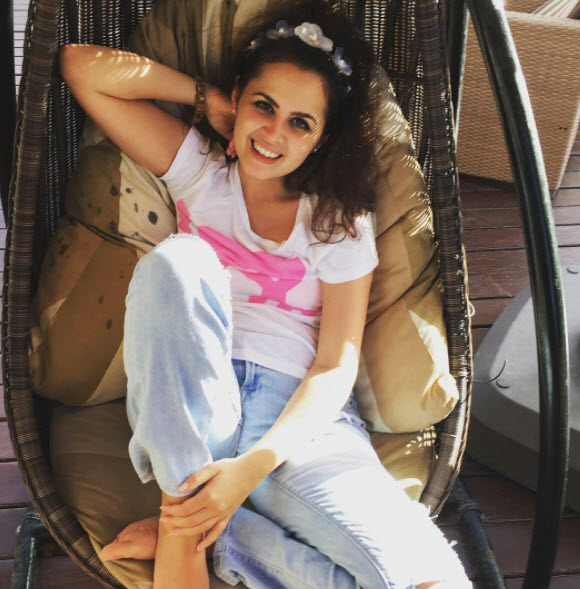 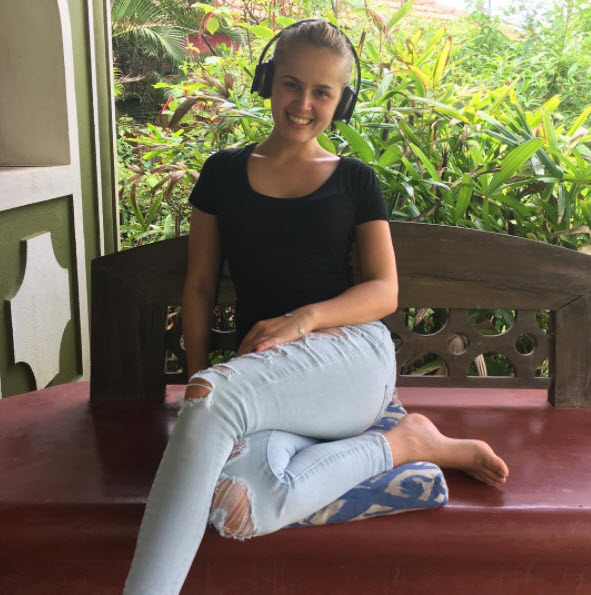 Must Read: 10 Bollywood Couples Who Broke Up After Staying In A Live-In Relationship

Isn't she pretty? So, Arbaaz finally confirmed that he is dating someone! We are very happy for him! Further talking about giving love and marriage a second chance, he said:

“I feel there is a time and an age for sowing your wild oats. I had that phase before I was 26 when I met Malaika. Before that, I was playing the field. I was not in committed relationships, I had a number of girlfriends. When I met Malaika, I felt the need to get married and after four years of dating, we got married when I was 30. I really don’t know whether I have it in me at this point to go through the entire scenario of commitment and giving it everything. The mindset right now, is that if somebody comes in my life, I will see it then…. Maybe even let it go on the way it is, rather than making any promises or commitments.”

Talking about how he has managed to maintain good relations with her family, he said:

“My association with Malaika’s family is as long as my association with Malaika. We have a child together, and there are the grandparents, uncles and aunts. And whatever the reasons for our parting, they have never influenced our equations with the families. They have kept it to themselves as this is the personal decision between the two of us. They have not asked us to get back together...”

So, keeping our fingers crossed, is there any chance of these two getting back together? Arbaaz said:

“I feel, if we had to get more time, we would have got back by now. The fact that we haven’t, means it is not meant to be. I wouldn’t want to speak for her. I kept my option open despite us parting ways, and I gave it a little time, whether it was a year or two years before I moved on in certain ways. Even as far as dating somebody is concerned. So I guess if that was to happen it would have happened in the first six months, or one year. It didn’t and it’s been almost three years now...” 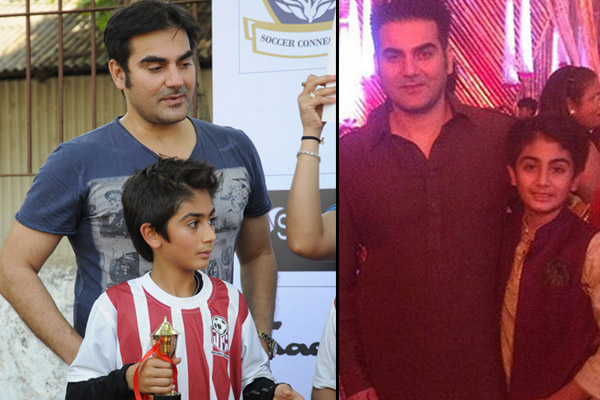 How did their son take the separation? Arbaaz shared:

“He is quite smart. He turns 15 this year. He is a great boy. In fact, in the years that we have been apart, my son has focused on his studies, on his health, athletics and whatever else he is doing. Which is very credible because he could have very well used our separation as an excuse and said, ‘I don’t feel like studying’ or got into bad company. My son has excelled in everything. We have realised that he knew that there was a situation in the family and he put his focus into his activities and full credit to him. There is a parenting that still happens and we are more careful with him. He has got into great hobbies, has started doing card tricks, he learned them on YouTube. He is very good at cards and some tricks have taken him eight months to master. That is very impressive.”

Well, looks like Arbaaz had a tough time to get over with his failed marriage, but thankfully for him, that phase is over now. We hope he gets lucky in love this time!