Bollywood celebrities teach us a lot when it comes to relationships and marriages. Be it giving us major #relationshipgoals or making us realise how we can remain friends with our exes like Deepika Padukone and Ranbir Kapoor, Bollywood couples are our one-stop solution to take cues for our personal life. (Don't Miss: Ranbir Kapoor And Alia Bhatt Dance Together On 'Ishq Wala Love', He Goes Down On His Knees)

One such couple is none other than Malaika Arora and Arbaaz Khan. Arbaaz and Malaika got married to each other on December 12, 1998, and eventually, they got legally divorced on May 11, 2017. Malaika has now found love in Arjun Kapoor and Arbaaz is dating Italian model- Giorgia Andriani. 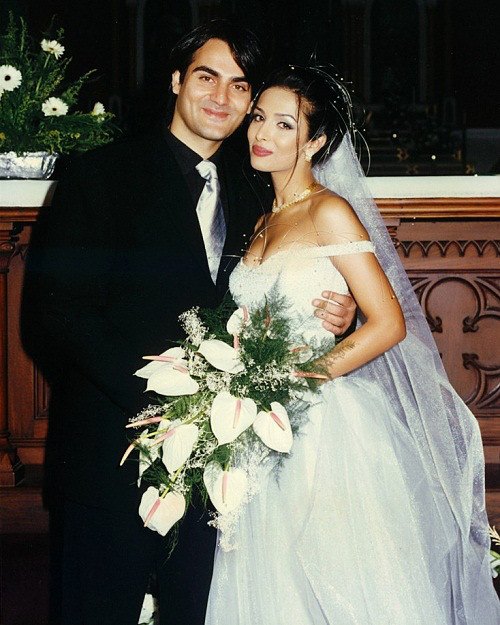 Malaika Arora and Arbaaz Khan came face to face last night, on March 19, 2019, at the MMRDA Grounds in Bandra-Kurla Complex where Zee Cine Awards took place. Even though the show will be telecasted on March 31, 2019, on TV, SpotboyE reports that the red carpet was fun as the guest celebrities arrived last night. And do you know that Arbaaz Khan and Giorgia Andriani walked hand-in-hand and that’s when Malaika Arora too popped up? Perfect timing, wouldn’t you say? Well, reportedly, Malaika Arora hugged her ex-husband, Arbaaz Khan and his girlfriend, Giorgia Andriani. That’s so sweet, isn’t it?

Talking about his divorce, Arbaaz Khan had once shared with a media house that he had tried for 21 years to save his marriage. He had said, “So that happens in relationships also. I tried for 21 years but I couldn't succeed in one aspect but theek hai (that's okay). It's alright. Not many people even try that long.” Arbaaz Khan is currently hosting his web show- Pinch With Arbaaz Khan, where Kareena Kapoor Khan was his first guest. On the show, Arbaaz replied to a nasty comment that he was thrown at after his divorce with Malaika. He opened up and said, “Arre bhai, 21 years ka relationship khatam hua. Kuch hadd tak iski baaton mein sachchai hai isliye mujhe bura bhi nahi laga. Ek time aa gaya tha, after making my efforts at reconciliation or whatever.” (Must Read: Saumya Tandon Has Begun Her Journey Towards Post Pregnancy Fitness, Shares Inspiring Workout Video) 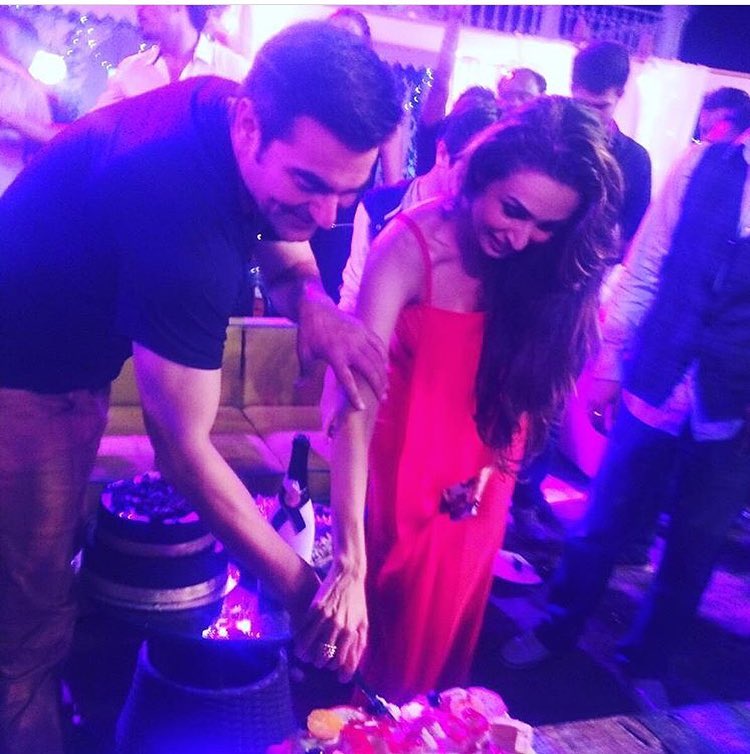 The Dabangg 2 director further added, “We both tried, didn't happen. After a time, I had to move on in life.” He went on to add that there is some truth in him being a khulla saand after his divorce with Malaika, “I was, to some extent. There's some truth in that, not all."

Arbaaz is now dating Giorgia Andriani who is a model from Italy who is often seen with him at various events and parties. Confirming the news once and for all, Arbaaz recently told Zoom TV, “At this point of time yes, I am dating, and I don't know where it's gonna go but people think they know.” In a recent interview with Deccan Chronicle, Arbaaz told a leading daily that he doesn’t shy away from publicly hiding his affair, “If I had to hide my affair, I would not have brought it in open. I unhesitatingly admit that Georgia is there in my life at this point in time. Somebody who I have at his time in my life is a friend who I am also dating. Where it is going to go? Only time will tell. Yes, undoubtedly, we are together.” 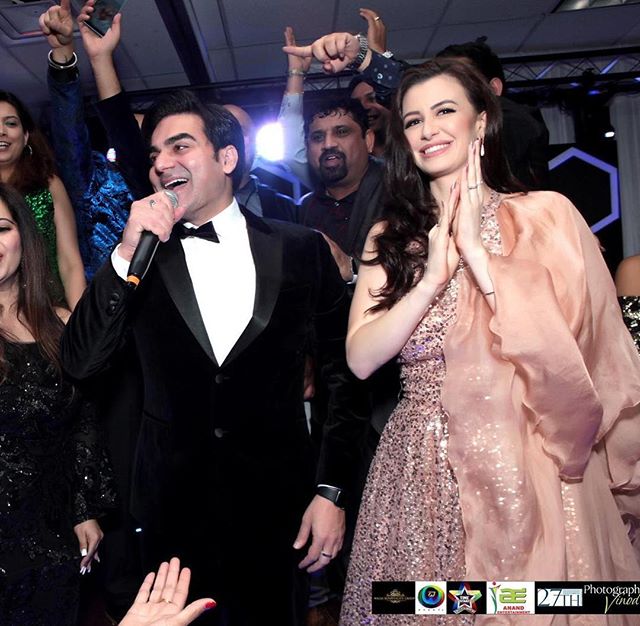 Malaika Arora, on the other hand, is dating Arjun Kapoor. As per reports, the two will take the nuptial plunge in 2019. A recent report had claimed, “Malaika and Arjun are extremely fond of each other. They have never really spoken about each other but they are extremely happy in their own personal space. In a steady relationship now, Malaika and Arjun plan to take their relationship to the next level and tie the knot next year.” (Suggested Read: Soha Is Always Worried About Inaaya When She's Away From Her, Talks About Her Evolution As A Parent) Malaika Arora hugged her ex-husband, Arbaaz Khan and his girlfriend, Giorgia Andriani at the Zee Cine Awards! Isn’t this a major #relationshipgoal when it comes to your exes?