While Malaika Arora is in a steady relationship with Arjun Kapoor, Arbaaz Khan is dating a beautiful Italian model, Giorgia Andriani. Arbaaz revealed if a 2020 wedding is on the cards for him.

Now that it's winters and most of us find ourselves dolling up every evening and going to attend a wedding, how many times have your distant relatives asked you to get married soon enough? Irrespective of the fact that whether you have a partner or not, we often find ourselves amidst a sea of rishtas and relatives after our lives to get us married. Same is the case with celebrities, just that the situation is different. The moment we see them chilling together, speculations about their wedding start to govern them. And something similar happened to Arbaaz Khan and his ladylove, Giorgia Andriani. (Do Read: Raghu Ram's Wife, Natalie Shares Unseen Wedding Pictures On Their First-Year Anniversary)

2016 contained a lot of surprise announcements for all Bollywood buffs. A couple that we would always see hand in hand together, during parties and events were separating. We all took a moment to gulp down the news, while Malaika Arora took preparations to drop the 'Khan' from her surname as her divorce with Arbaaz Khan progressed further. And soon enough, Malaika and Arbaaz could no longer be counted as one of the 'IT' couples in Bollywood after ending their marital vows post 18 years of togetherness. 3 years have passed since now and both have found love away from one another. 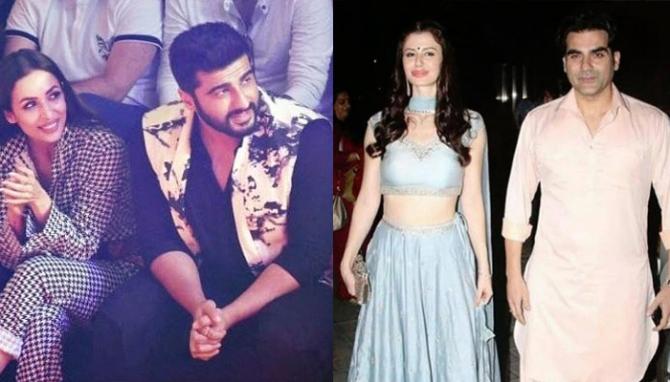 While Malaika Arora is in a steady relationship with Arjun Kapoor, Arbaaz Khan is dating a beautiful Italian model, Giorgia Andriani. Giorgia is one of the confirmed and must attendees at every Khan bash, which makes us drive to the conclusion that the duo is extremely serious about one another. And that's what gave rise to the rumours that Arbaaz is all set to get married to Giorgia in 2020. Just when we needed clarity from the stars themselves, Arbaaz, in an interview with the Mumbai Mirror, shared the authenticity of the reports. Throwing light on the 2020 wedding rumours, Arbaaz stated, "There has been a lot of buzz around his personal life, with reports suggesting that girlfriend  and he will tie the knot next year? "Who says that? My driver? My aunt? My brother? My girlfriend? My best friend? I won’t respond to questions based on hearsay. When I get engaged or married, dhol peet ke bolunga." While that was all about Arbaaz Khan and Giorgia Andriani's wedding rumours, the year 2019 had begun with reports of Malaika Arora and Arjun Kapoor's wedding. Rumours were rife that Malaika and Arjun were heading towards a Christian wedding on April 19, 2019. A DNA report had also quoted a source saying, “Arjun and Malaika have told their teams to keep themselves free for the wedding. They want it to be an extremely private affair with only close friends and family, so the hair and make-up artists and other members have been strictly asked not to share any information with anybody.” While that didn't take place, the couple had vehemently refuted their April wedding rumours. (Must Read: Akhil Akkineni Posts A Beautiful Family Picture Of The Akkinenis' As They Welcome A New Member) Soon after Arbaaz Khan had parted ways from Malaika Arora, a second set of linkup rumours had started floating about the Tera Intezaar star. Gossips all over had it that Arbaaz has found love in a Romanian blonde model, Alexandra Camelia. Revealing about the same in an interview with a leading portal, Arbaaz had stated, “No, that’s another girl — Alexandria. That’s my friend. I am dating, yes. But we are not... As of now, there is still a long way to go." 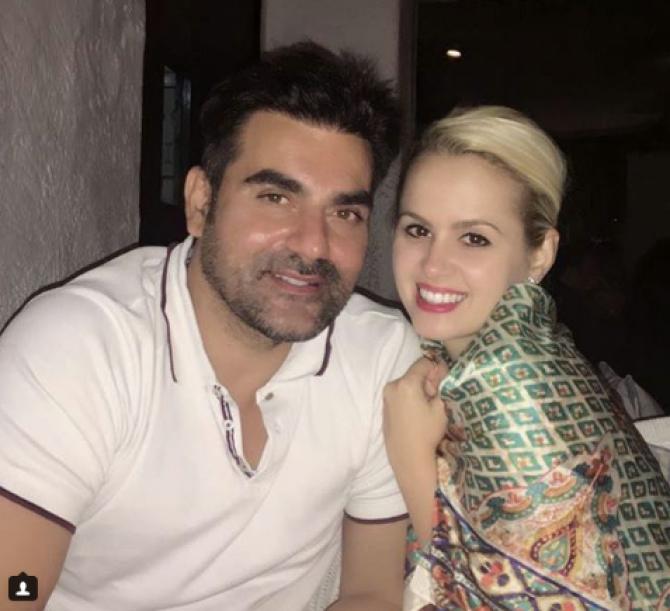 And then, a few months later, Arbaaz Khan was spotted at the airport, at holidays and at each other’s Instagram pictures with Giorgia Andriani. From attending parties together to posting super-cute pictures and captions for each other on their birthdays, Arbaaz and Giorgia seemed to be on a really happy spot in life. However, a previous throwback Deccan Chronicle report about the couple had it that the Khan family does not approve of Arbaaz marrying Giorgia. About the same, a source had stated with the Deccan Chronicle, “Salman and his parents feel that Arbaaz’s marriage with Malaika ended because of his inability to do anything worthwhile with his life. Malaika, who has always had an identity of her own, simply got tired of being married to a man known as Salman Khan’s brother. Instead of trying to build a life separate from his superstar-sibling, Arbaaz became more and more dependent on his brother. That’s the main reason why she left him." But those just being rumours, we are super-happy to see how nicely they are brewing in their lives. (Also Read: Anam Mirza And Asad Azharuddin's Wedding Trailer Is A Perfect Mix Of 'Dream Coming True' Moments) It was further concluded by the daily that Arbaaz Khan had maintained a girlfriend-boyfriend stance, but apparently Giorgia Andriani had wanted the Pyar Kiya Toh Darna Kya star to put a ring on her finger. It is also interesting to note Arbaaz’s views when he just had a divorce. He had shared with Pinkvilla, “I feel there is a time and an age for sowing your wild oats. I had that phase before I was 26 when I met Malaika. Before that, I was playing the field. I was not in committed relationships, I had a number of girlfriends. When I met Malaika, I felt the need to get married and after four years of dating, we got married when I was 30. I really don’t know whether I have it in me at this point to go through the entire scenario of commitment and giving it everything. The mindset right now, is that if somebody comes in my life, I will see it then... Maybe even let it go on the way it is, rather than making any promises or commitments." Dear readers, now that we have clarity on where Arbaaz stands when it comes to marrying Giorgia, looks like we still have to wait for the big-day to come. Isn't it?