Love is in the air for Bollywood's power couple, Malaika Arora and Arjun Kapoor. Scroll down to see their pictures from a romantic lunch date!

We live in a world that teaches us the art of compromise at a young age and makes us believe that love after a failed marriage is a big 'no-no'. But thanks to Bollywood diva, Malaika Arora, who changed the notion around a woman's happiness and showed the world that it is okay to walk out of a relationship that no longers serves you. After all, you just get one life. (Recommend Read: Dharmendra Apologises For Trolling Wife Hema Malini With His 'Broom Tweet' In The Most Hilarious Way)

The 90s fashionmonger, Malaika Arora not only ended her eighteen-year-long marriage with ex-husband, Arbaaz Khan with dignity but also took the leap of faith and fell in love again with Bollywood heartthrob, Arjun Kapoor. For quite some time, Tinseltown was abuzz with their relationship speculations, and it was only a couple of months ago when they accepted their love for each other. From being trolled to becoming everyone's favourite couple, Arjun and Malaika came a long way. And they make our day brighter with their every outing. On July 17, 2019, Arjun and Malaika were papped by the shutterbugs as they headed for a romantic lunch date. While Malaika donned a perfect casual date night ensemble, Arjun showed off his quirky side in an interesting pair of trousers. Take a look at their pictures below:

Coming back to their relationship, ever since they have started dating, media mills cannot stop speculating about their marriage. Recently, in an interview with Filmfare, Arjun had cleared the air, and had shared, "I am not getting married. Malaika and I have to still discover each other in public space and enjoy the comfort of being a couple. We need to ease. We need to take our mind off this pressure of getting married. Sometimes you just need to be in a relationship. You need to live it; you need to enjoy it for what it is, rather than what it should be according to people. We are at ease with each other." (Also Read: Shah Rukh Khan's Quality Time With Kids, Suhana, Aryan And AbRam, Paparazzi Captures The Dine Out) And while Malaika is happy in the new chapter of her life, she has been subjected to a lot of trolls, who had questioned her motherhood. In an interview with the Bombay Times, Malaika had stated, "Arbaaz and I have moved on, amicably. We have to be sensitive to our child (Arhaan) and his needs. When we parted ways, I felt vulnerable, though I am not a vulnerable person. I didn't know which direction I wanted to move into. I was just sure that I have to give my child a stable environment, and to date, it has been my number one priority. Gradually, one thing led to another and now, things are how you see them today. I have to give my son a lot of credit for that." 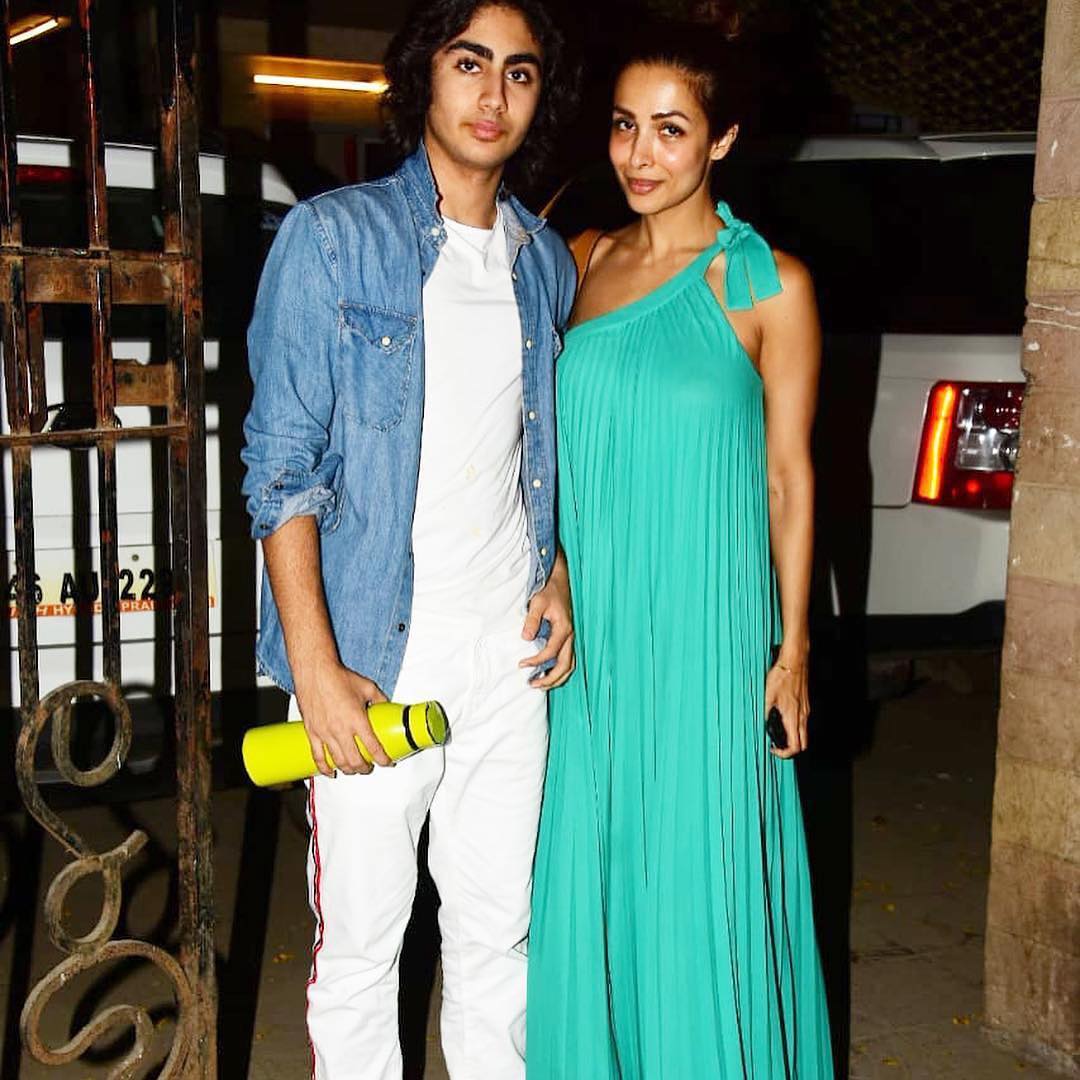 Arjun had also opened up about his bond with Malaika, and had shared, "We’ve come out because we feel the media has given us dignity. There’s a certain understanding the media has… they’ve been respectful, kind, honest and decent about it. That is why I felt comfortable. You recoil when there’s a certain “gandhagi” that comes with the territory. When purposely people irk you by saying, writing or asking a thing, there hasn’t been any of that. Where the paps are concerned, we give them photos when walking in and out of a place. It is normal." (Don't Miss: Sameera Reddy's Son Hans Brings His Newborn Sister Home Cuddled In His Arms, It Is A Sight To Behold)

Well, we love Arjun and Malaika's style! What about you?