Relationships are very delicate. Things get scattered and relationships end in just a blink of an eye. Sometimes, things end then and there, and sometimes, the couple wants space to get back to each other. Something like this is happening in one of our favourite telly land’s actresses’ life. We are talking about none other than, Main Lakshmi Tere Aangan Ki fame actress, Shraddha Arya. (Also Check: Priyanka Chopra And Nick Jonas Arrive In India Together, She Is Probably Moving In With Him)

The actress got engaged to an NRI in the year 2015 in a private ceremony with only close friends and family in attendance (Read more). Ever since the beautiful damsel got engaged, all her fans have been eagerly waiting for her wedding and the pictures.

Soon, the rumours started doing the rounds that the actress might have called off her engagement, but no official statement was released. The actress then denied such rumours, but she accepted that all was not well between the two. Here’s what the actress was quoted as saying in an interview with the Times of India then, “Though I am not in touch with him, I haven’t called off the engagement. I don’t intend to be impulsive and take a hasty decision. I will wait to see if things work out between us. Our equation is not too smooth at the moment and even my parents want me to marry someone who will be a positive influence on my journey. I am not thinking about marriage currently.” (Don't Miss: Rubina's Friends Lift Her Up During 'Varamala' Ceremony, Makes It Difficult For Abhinav; CHECK VIDEO) 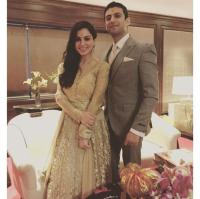 And now, in a chat show JuzzBaatt hosted by famous actor Rajeev Khandelwal, the actress has poured her heart out and revealed what went wrong and why the engagement was called off. She appeared on the show with Kundali Bhagya actor, Mishal Raheja. So, during a light-hearted conversation, Shraddha talked about her past relationship. Shraddha Arya was quoted as saying, “I had got engaged to a guy through an arranged marriage set up but it didn’t seem to materialise. As time went by, our relationship hit a rough patch and it led to a lot of problems which took a toll on us. Though we gave our 100 per cent to the relationship, we eventually decided to part ways. From my personal experience I have learned one thing, if you realise that your relationship has reached a dead end, you must speak up.” (You May Also Like: Rubina Dilaik And Abhinav Shukla Take Their 7 Special Vows During Saat Phere And Sindoor Ceremony) 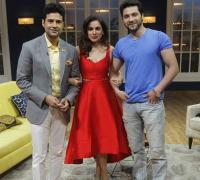 Well, whatever had to happen, it happened. All Shraddha fans are looking forward to her Prince Charming and we wish that she finds one soon!