Mahhi Vij is feeling a surge of emotions as she shares multiple stories and a post on her IG handle to pen down her love for her daughter, Tara Jay Bhanushali. Scroll down to know more! 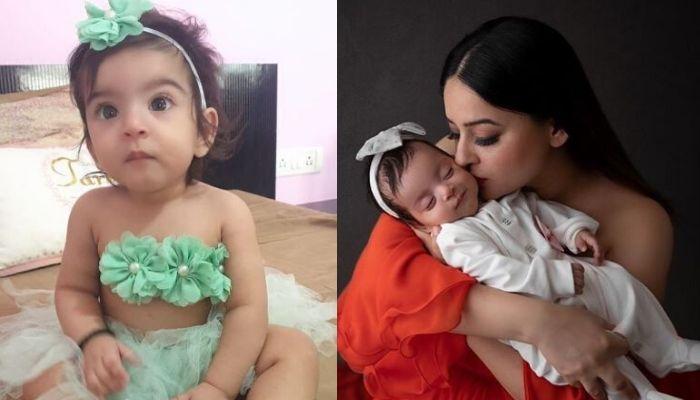 Mahhi Vij and Jay Bhanushali had secretly gotten married in the year 2011. The couple had embraced parenthood for the first time by adopting their caretakers’ kids, Khushi and Rajveer, and had decided to fund their education. However, it was after a long wait that the couple was blessed with a little angel, Tara Jay Bhanushali on August 21, 2019. Since then, the couple’s life is filled with their daughter’s twinkling eyes and heartfelt laughter. (Also Read: Ankita Lokhande's Beau, Vicky Limits Comments After Receiving Hate On Sushant Singh Rajput's Death)

Mahhi and Jay's aankho ka tara, their daughter, Tara is soon going to turn one, and the family has already started the birthday countdown. On July 8, 2020, we saw a cute picture of Tara on her Instagram handle and it was captioned as "My birthday in 25 days are you excited". In the picture, we can see her giving an adorable pose. 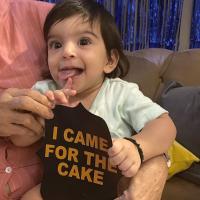 Like every mother, Mahhi too cannot get enough of her baby daughter, Tara. Often, she showers love, hugs and kisses on her. She never fails to express the amount of love she holds within her for her princess. Mahhi is feeling a surge of emotions. Taking to her IG handle, Mahhi shared an adorable picture with Tara, in which, Tara can be seen lying on her mother, hugging as Mahhi placed a kiss on her cheeks. Sharing the picture, she wrote how she wants to live for Tara, “Thank you for making me feel loved. Thank for taking all the sadness away. Thank you for making me feel special. My baby girl Tara mumma loves you and today all she wants is to live for you” followed by a heart emoticon. Take a look: 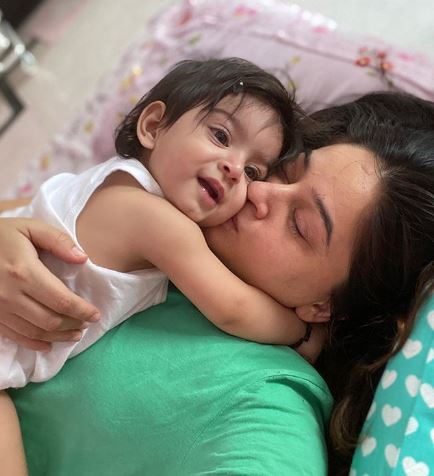 Mahhi has also shared a series of stories on her IG handle, saying that her daughter is her life and angel. Later on, she revealed in her story that she has been putting so many stories because she is emotional as her daughter has been hurting herself. Take a look at the series of her stories below: 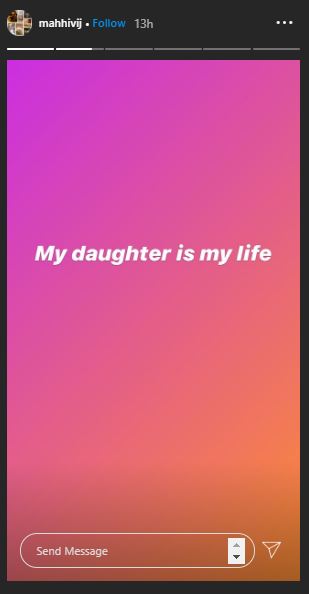 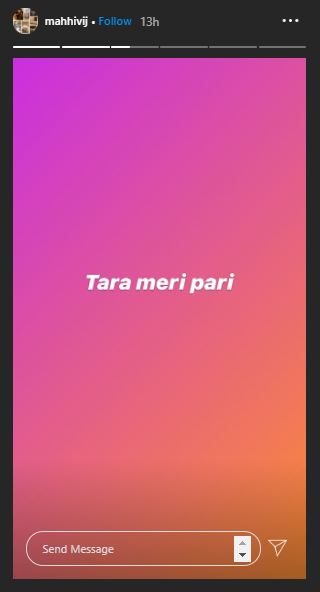 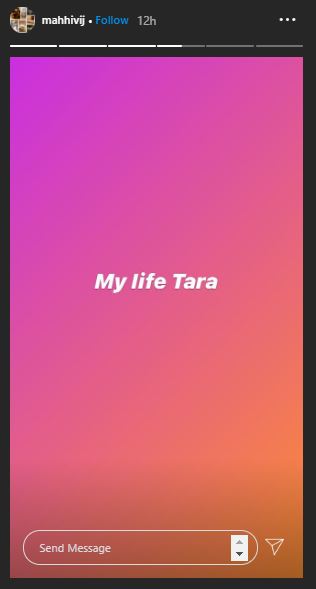 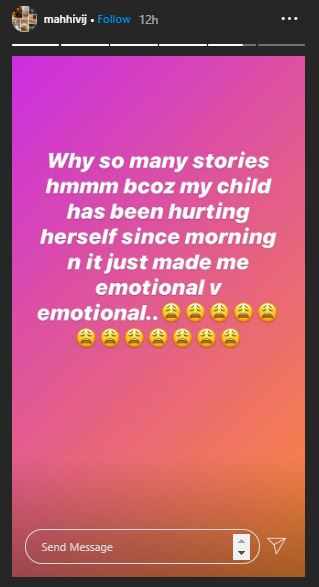 Mahhi is an overly loving mom for Tara and we have enough proof of it. On April 14, 2020, Maa, Mahhi Vij had taken to the official Instagram handle of her daughter, Tara Jay Bhanushali to share the cutest video, where she could be seen holding her little one, and lip-syncing to the song ‘Chanda Hai Tu, Mera Sooraj Hai Tu, O Meri Aankhon Ka Tara Hai Tu’. The song had fitted perfectly on Mahhi’s munchkin as one cannot take their eyes off from the little one and her gleaming eyes. The video was captioned as “Maa @mahhivij” followed by a heart emoticon. (Don't Miss: Charu Asopa And Rajeev Sen Delete Their Wedding Pictures, Start Sharing The Series Of Cryptic Posts)

On March 14, 2020, Mahhi had taken to her Instagram handle and had posted a cute little video of her little munchkin, Tara. In the video, we could hear Tara calling her mother, Mahhi by the word ‘Mumma’, the word that every mother craves to listen. Along with the memorable video, Mahhi had also written a heartfelt caption, which could be read as “Today my daughter called me Mumma... Its v emotional day for me. This is what I prayed for, I must have done something nice in life to have become the mother of such a beautiful child. Tara has filled my life with happiness. first-word MUMMA al I cud do is cry with happiness... Tara, u have made your Mumma stronger more courageous n more giving. I never knew how much my heart cud swell until the first time I heard ‘Mumma’ love u to the end of forever.” (Recommended Read: Vivek Dahiya Surprises Wife, Divyanka Tripathi Dahiya To Celebrate The Best Decision of Their Life)

We are in awe of Mahhi’s love for her daughter, Tara!

Tara Bhanushali's Hilarious Yet Adorable Expression When Mom, Mahhi Vij Kissed Her Is Every Kid Ever 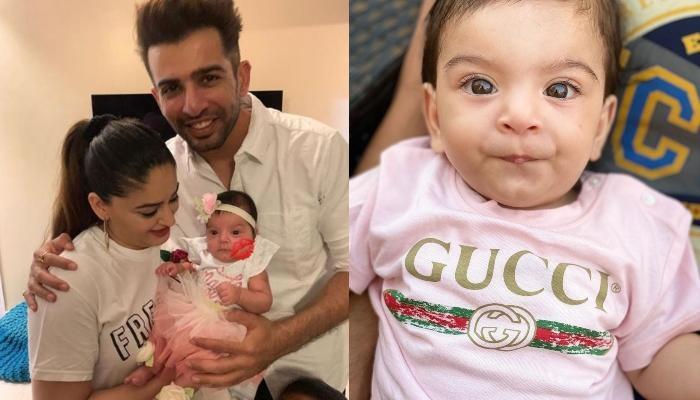 The amount of happiness, luck, and positivity that the arrival of a child brings in a home is simply incomparable to anything else in this world. Having said that, we should never forget that it takes a lot of patience, love and care to nurture an infant baby. And television