On September 18, 2020, Mahhi Vij shared beautiful pictures with her little munchkin, Tara, from their vacation in Goa. Scroll down to check them out!

Television couple, Jay Bhansushali and Mahhi Vij are riding high on parenthood as they're making the most of every moment spent with their 'aankhon ka tara', baby girl, Tara! After seven years of their marriage, the duo had adopted their caretakers' children, Khushi and Rajveer, and as a reward for their noble deed, the stork had blessed them with Tara on August 3, 2019. (Recommended Read: Sargun Mehta Has To Remind Hubby, Ravi Dubey That They're Married, This Is What She Does [Video])

Mahhi Vij is a doting mommy, and her IG handle is filled with adorable pictures of her little munchkins. Yesterday, on September 17, 2020, Mahhi had shared a beautiful throwback picture of her kids, Tara, Khushi and Rajveer, wherein, Khushi and Rajveer can be seen adoring their baby sister, Tara. Mahhi had captured her 'whole world' in a frame and had shared it on her IG handle. Check out the picture below: 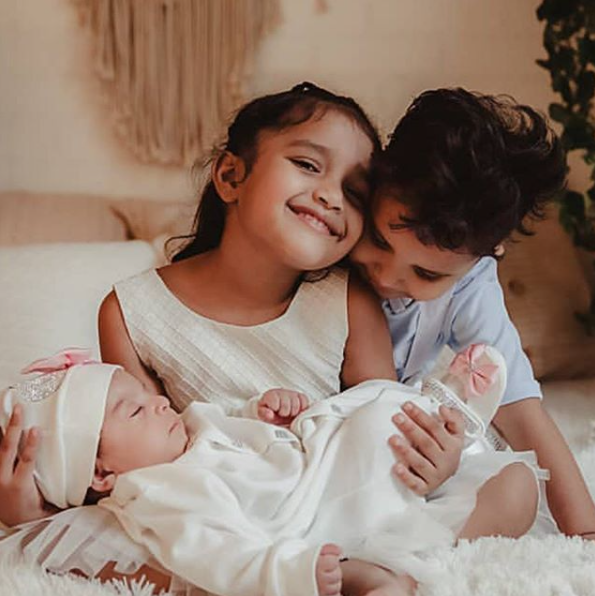 On September 18, 2020, Mahhi Vij shared beautiful pictures with her little munchkin, Tara, from the beach. To update you, on September 17, 2020, Mahhi Vij and Jay Bhanushali had gone for an impromptu vacation in Goa along with their little girl, Tara. And the pictures from the same have started kicking in. In the pictures, we can see Mahhi playing with her goofball, Tara on the beach, and the beautiful backdrop of the sea makes the picture even more surreal. Alongside the pictures, Mahhi wrote, "Finally the air, the wind, the water and us. Enjoying our time in the lap of nature! #Goa." 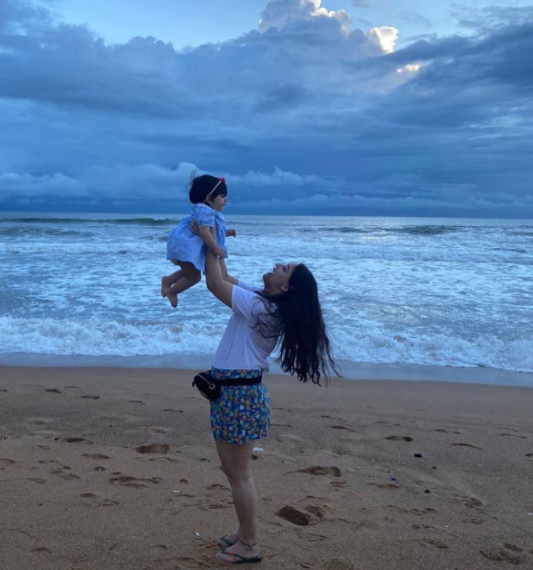 On September 17, 2020, Jay Bhanushali had posted videos on his IG stories informing his fans that and he and his wife, Mahhi Vij are going for a vacation in Goa with their little girl, Tara. In the video, he could be heard saying that they're going to Goa and that his car is full of baby stuff! He had then revealed the 'surprise element' accompanying them and had panned the camera towards his baby girl, Tara, who was sitting in her mommy, Mahhi's lap. While Jay was expressing his excitement, little Tara had looked at him with a bewildered expression, which was so funny, that Jay had ended up saying that Tara looks like we have kidnapped her and taking her to Goa. (Also Read: Juhi Parmar Talks About Daughter, Samairra's Role Reversal, Feels Blessed To Get Her Infinite Love)

In an interview with ETimes, Jay Bhanushali and Mahhi Vij had reminisced the beautiful feeling of becoming parents. Jay had shared how his wife, Mahhi's pregnancy had changed him. He had said, "I have realised one thing that aadmi kitna bhi tedha ho...when his wife is pregnant and delivers their baby, he changes. I have changed a lot and have become caring. What I have seen her going through in those 9 months of pregnancy my respect for her and all the women/mothers have increased. There was not a single checkup or sonography test of Mahhi during her pregnancy that I have missed. I accompanied her on all the appointments and I was there every time she needed me. It was a very stressful moment and the 9 months of the wife's pregnancy changes a lot in a man." Some days ago, we had caught a glimpse of Mahhi Vij and Jay Bhanushali's little doll, Tara's sleepy and full of love morning with her nanu and it had reminded us of our childhood! The doting mommy, Mahhi had shared the video on little Tara's IG stories, wherein, we could see the little goofball curled up on her nanu's shoulders, while he had walked in the house. (Don't Miss: Gauahar Khan Confirms Her Relationship With Alleged Beau, Zaid Darbar With This Twinning Photo?)

Did you like Mahhi Vij and her baby girl, Tara's vacation pictures?