Tara Jay Bhanushali's cute pictures from the first day of Navrati are the perfect start to your festive weekend. Scroll down to check them out!

Navratri has begun, and our favourite couple from the television world, Jay Bhanushali and Mahhi Vij have the perfect treat for their fans. Jay and Mahhi are doting parents who never fail to flaunt their cutie, Tara's adorable gimmicks and dress-up sessions on their social media handles. And the first day of Navratri is no different. (Recommended Read: Bigg Boss 14: When Eijaz Khan Revealed The Common Reason Behind His Three Failed Relationships)

Some days ago, Jay Bhanushali had shared a cute video wherein, Mahhi Vij's struggle to feed her daughter, Tara could be seen. Mahhi Vij was seen dancing on the song, 'Lakdi ki kathi, kathi pe ghoda' as she had tried to feed Tara so that she won't be distracted. Check out the adorable video below:

A few hours ago, Mahhi Vij shared a video and some pictures of baby Tara's first day of Navratri look, and we can't take our eyes off her! Little Tara donned a maroon coloured dress, paired with a maroon headband and a cute bindi on her forehead which doubled her cuteness. We must say, baby Tara's adorable pictures are the perfect start to the weekend. In the caption, Mahhi wrote, "Jai Mata Di" followed by folded hands emoticon. Check out the pictures and the video below: 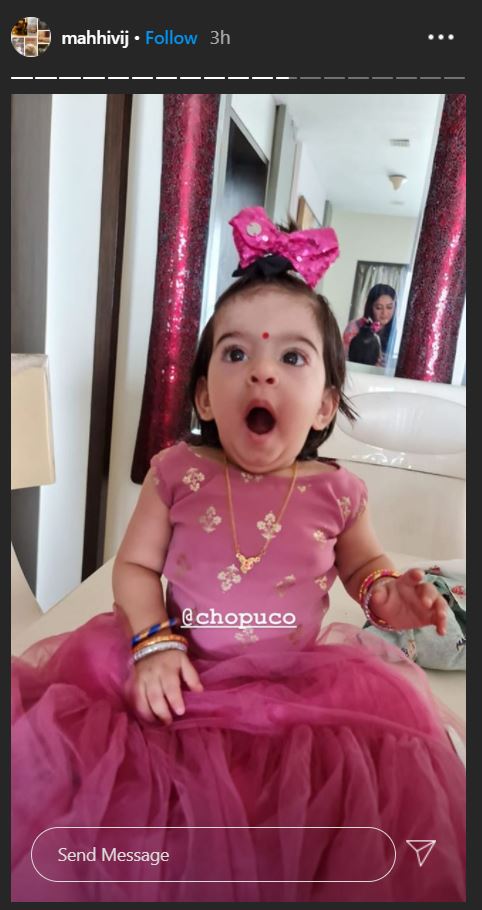 Some days ago, we had stumbled upon a cute picture of Tara on her official IG handle, in which she had looked super cute in a white suit with pink flowers on it. A pink bow-shaped headband on her head had acted as the cherry on the cake. There was a quirky caption alongside the beautiful picture, which could be read as "Oh bhai pura saal khatam ho gaya maine soch aapko suit mein pic dikhadu kaisi lagi Tara." 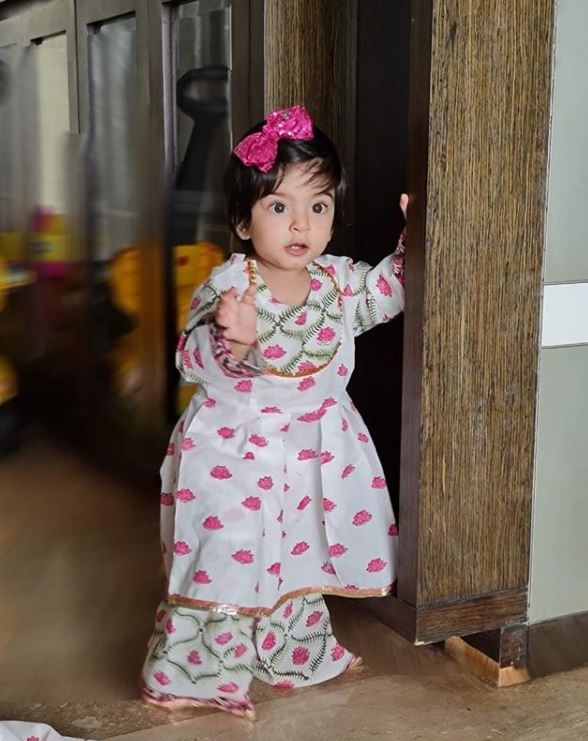 On October 5, 2020, Tara had turned 'desi' in a beautiful orange ensemble. The loving mommy, Mahhi Vij had posted a cute video of her baby girl. In the video, Tara was looking super cute in an orange sharara with a big orange bow headband. Mahhi had also posted Tara's gorgeous picture on her IG stories. (Don't Miss: Late Chiranjeevi Sarja's Family Welcomes Junior Chiru At Meghana Raj's Baby Shower, Video Inside) 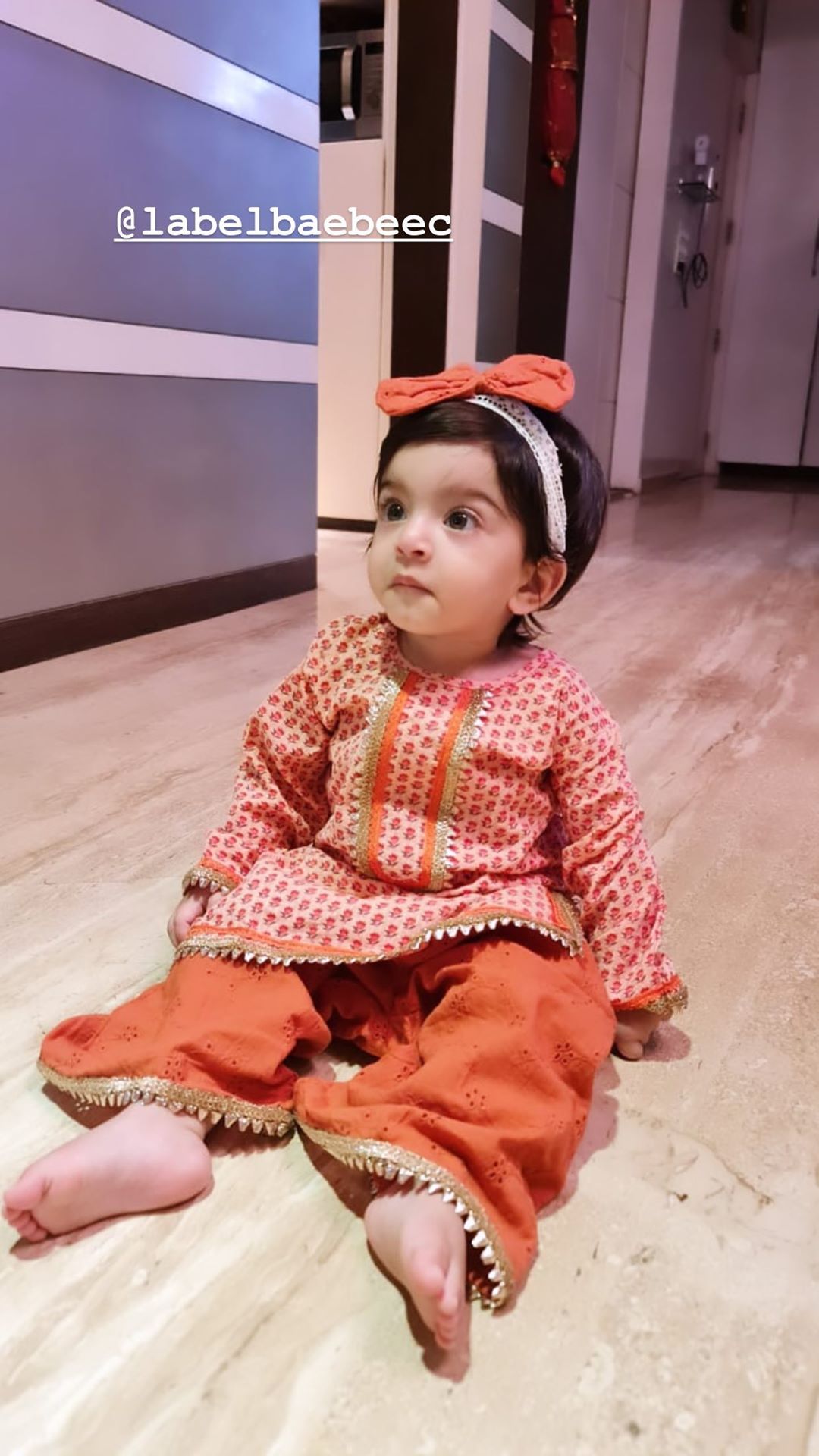 In an old conversation with Love Talkies, Jay Bhanushali and Mahhi Vij had talked about embracing parenthood. Mahhi had said, "Now that Tara has come in our life, our life only revolves around her. I don't get time for anything else. Even if I am out, I feel something missing, I want to rush back to her." Jay had also talked about the time when he and Mahhi were expecting Tara and had stated, "Life has changed a lot. I have started respecting Mahhi more, I miss her more when she is not around. I have started caring more, earlier maybe I didn't but now after seeing her struggle so much with the pregnancy, I have a newfound respect for women." 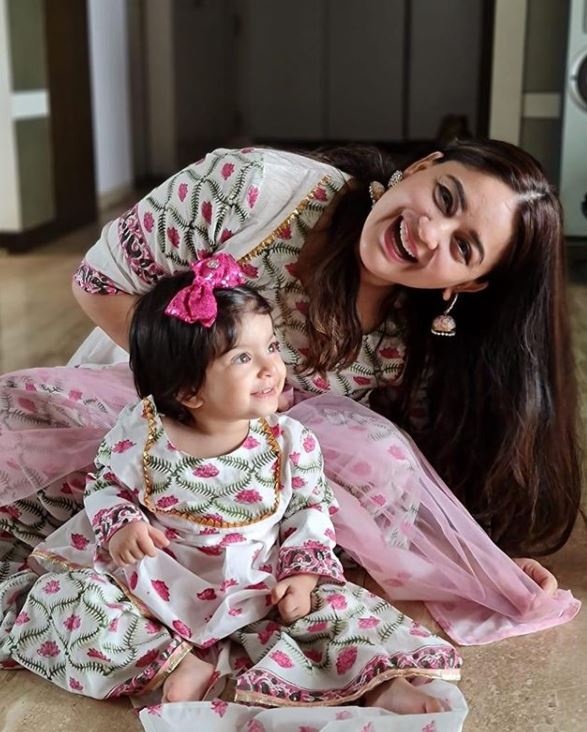 Did you know that Jay and Mahhi had always wished for a baby girl as their first child? In an interview with the IANS, Jay had talked about the same and had said, "No relationship in the world can match the sanctity of a father-daughter relationship. I wish that my wife gives birth to a baby girl. I have no gender preference, and it is not that I won't like it if it's a boy. It's just that I have experienced the father-son connect with my dad, and now, I want to see how a daughter bonds with her dad." (Also Read: South Superstar, Rana Daggubati's Wife, Miheeka Bajaj Shared A Romantic Selfie With Him From A Beach)