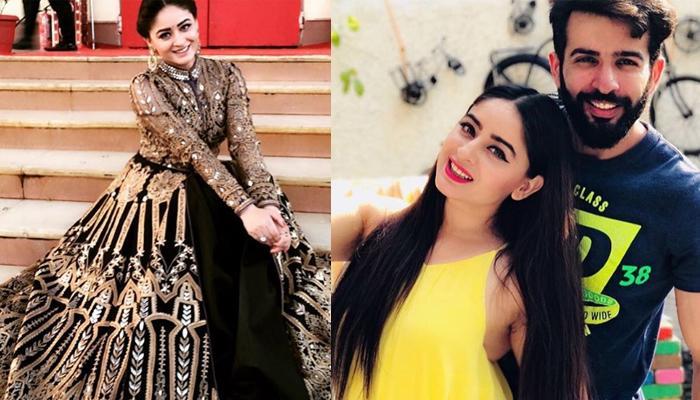 One of the cutest and kindest couples of the telly land created a strong buzz in the industry as they adopted their caretaker’s children. Yes, we are talking about adorable Jay Bhanushali and Mahhi Vij. Considering both are television artistes and hence, have a tight schedule and get very less time to spend time with each other.  Having said that, when you have an understanding partner by your side, spending some cosy time isn’t a big deal. Right? 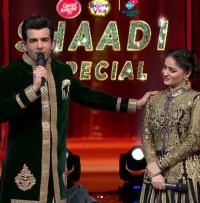 And this couple doesn’t leave any moment to make it a fun memory when they are together. This exactly happened when recently, Jay Bhanushali was seen hosting at the TV’s flagship singing-reality show, The Voice India Kids and he was amazed when a special visit was made by none other than his wife, Mahhi Vij. When she entered the show, wife Mahhi looked at Jay in anger as, apparently, he was flirting with his co-stars on the set. On this, as per the sources, Jay justified his actions by stating that whatever he does on the sets is purely to create content. He remarked, “Mahhi is the best and I couldn’t have asked for someone better than her. I have never seen someone so beautiful, elegant and disciplined.” 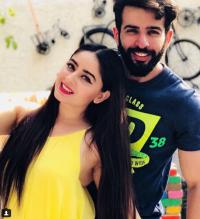 And not being convinced by Jay’s declaration, how wife Mahhi shut his pati’s mouth was all the more cute. She addressed to him as Chuha (Rat). She was quoted as saying, “He stays at his home like a rat only. You are dealing with a Punjabi girl, don’t forget!” And going further, adding more to the fun, the way Mahhi decided to punish Jay for flirting with his co-stars in her presence was unique and funny at the same time. She asked him to shave off his beard. She funnily retorted, “Yeh mujhe badi chubhti hai.” On hearing this, being embarrassed by ‘patni ke hukum’, Jay ran from the stage but to the contrary, coach Shaan and Papon caught hold of him and brought him back on the show. (Suggested Read: 7 Excellent Ways To Keep Your Beard Soft And Irresistible) 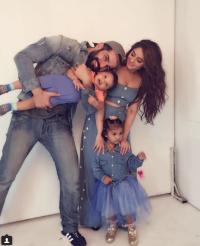 What a cute way to get rid of the husband’s bearded look, no? We wonder with Mahhi’s instructions, will Jay really get rid of his beard to make her wife happy?  For the uninitiated ones, the couple tied the knot in 2011 in a secret wedding and they don’t have kids of their own. In fact, they enjoy their new phase of their lives with their adopted kids. Not only this, the duo makes sure to spend time with them and the kids also often hang out at the couple’s place. Having the same caretaker for around 15 years made them be attached to their kids and they wanted to give the best to them as they consider them their own kids.

You both are such an inspiring yet cute couple in all respect.Kudos to you both!

Next Read: Kareena Reveals Feelings About Being Away From 'Pati' Saif, Even During Shoot And It Is So Touching