Mahhi Vij And Her Husband, Jay Bhanushali Twinning With Their Baby Girl, Tara In A Family Photo

Mahhi Vij And Her Husband, Jay Bhanushali Twinning With Their Baby Girl, Tara In A Family Photo

Mahhi Vij and her husband, Jay Bhanushali twinning with their baby girl, Tara in a family picture. Check out the adorable picture! 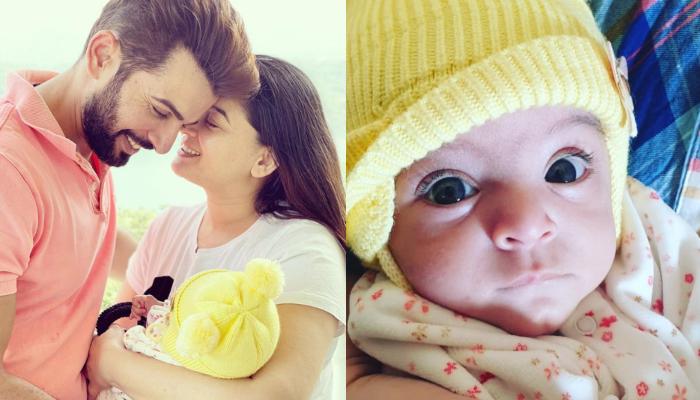 Women experience a lot of feelings and emotions in their lives but holding their child for the first time is one of the greatest moments of their lives. There are a lot of celebrities, who have become a mother recently and the recent one, who is enjoying her 'mama bear' duties is popular television actress, Mahhi Vij. The actress had welcomed her little angel on August 21, 2019, after taking care of her for nine long months. Both Mahhi Vij and her husband, Jay Bhanushali were living a successful married life for the last nine years. But the birth of their little daughter, Tara changed their life from all angles. (Recommended Read: On Armaan Jain's Sangeet, Ranbir Kapoor And Aadar Jain To Dance With Alia Bhatt And Tara Sutaria)

Since then, they are making sure to celebrate every day of their new beginnings as they take on the role of mommy and daddy. On September 18, 2019, Mahhi had taken to her Instagram and had shared an Instagram story in which she had posted the picture of a cute poem written by her for her baby girl, Tara. The handwritten poem can be read as "Tum vo dua ho, jo dil se aaye. Tum vo khawab ho, jo neend uda jaye. Her kisi ki kismat mein khushiya nahi hoti. Vo muskaan ho tum, jo dard ko bhi hara de. Voh tara ho tum, jo kismat bhi badal de." Have a look. 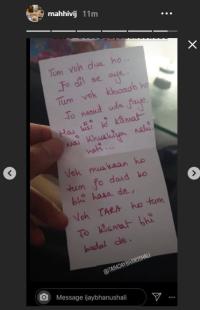 Recently, Mahhi Vij posted a throwback family picture in which we can see her twinning in white with Jay and their little daughter, Tara. No wonder, the family is twinning and winning hearts all over the internet. Along with the picture, Maahi Vij also wrote a caption and could be as “From the most fragile of beginnings, I learned the depths of grace, courage, determination, faith, perseverance, resilience and LOVE.” Here’s the adorable family picture below. 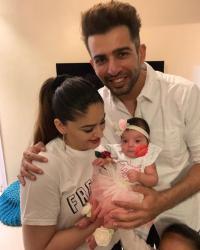 For the uninitiated, Mahhi and Jay are not new to parenthood as they have adopted their caretakers' kids and work hard to provide them with the best life filled with love and happiness. In an interview with BollywoodLife, Mahhi had talked about them and had shared, "A lot of people keep asking my friends if they are our kids because we feel that they are our kids. We want to give the best in our capabilities. I don’t care what people say they have all the time in the world to talk. They stay with us we have no issues of them being a part of our space. Kids are adorable, Jay and I love them. We want to educate them and yes in the future even if we have our kids we will give the same life. We will not differentiate." (Don't Miss: Shilpa Shetty Kundra's Birkin Bag Is Equivalent To A Europe Trip Or A Mid-Range Creta) 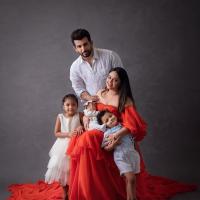 However, their life changed completely when little Tara entered into the life of Mahhi and Jay. On numerous occasions, the married couple had revealed their emotions about the changes they felt after the birth of Tara. In an interview with the IANS, Jay had talked about his dream of having a baby girl as his first child. He had shared, "No relationship in the world can match the sanctity of a father-daughter relationship. I wish that my wife gives birth to a baby girl. I have no gender preference and it is not that I won’t like it if it’s a boy. It’s just that I have experienced the father-son connect with my dad, and now, I want to see how a daughter bonds with her dad." 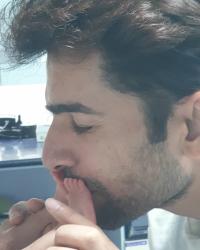 However, not just Mahhi but even Jay Bhanushali is also trying his best to be a pro-father. The actor wants to give maximum time to his daughter and had revealed the first thing he does in after waking up in the morning in an interview with IANS. He said, “First thing is I get up, see my daughter’s face, be with her for some time, then I go and work out and I make my other two kids’ study with me. I teach them and help them complete their homework, then we watch a couple of cartoons where they learn phonics. I am getting trained to be a pro father.” (Also Read: Raghu Ram Posts A Photo With Natalie DiLuccio From Their First Date Night After Embracing Parenthood) 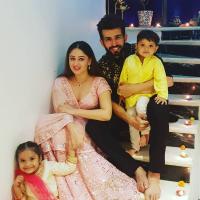 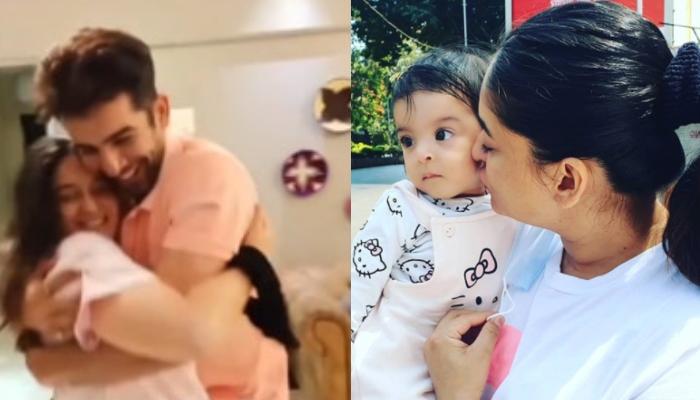 Ever since you embrace parenthood, not only your little one’s milestones hold a special place in your life but also the important days of your life that you spend with your baby for the first time. Every festival, your anniversary and your birthdays have a different meaning when you celebrate