Mahesh Babu Flawlessly Delivers Dialogues, Even When He Can't Read-And-Write In Telegu, Here's How

Mahesh Babu Flawlessly Delivers Dialogues, Even When He Can't Read-And-Write In Telegu, Here's How

We got to know that popular south-Indian actor, Mahesh Babu doesn't know how to read or write in Telegu, despite speaking extraordinary dialogues in the same language in his films. Find out!

South Indian actor, Mahesh Babu is known for his charming personality and outstanding acting. He had made his acting debut as a child artist at the age of four in a cameo role in the film, Needa, in 1979. Afterwards, he had made his debut as a lead actor in the film, Rajakumarudu in 1999. Since then, he has never looked back and constantly performs in one after the other blockbuster films.

For the unversed, Mahesh Babu had tied the knot with his ladylove, Namrata Shirodkar in 2005. The much-in-love couple is blessed with two beautiful kids, a son, Gautam and a daughter, whom they had lovingly named Sitara. Mahesh is an avid social media user and often updates his fans with cutesy glimpses of his life on his social media handles. However, we learned a stunning fact about the actor's zero proficiency in the Telegu language, even after delivering Telegu dialogues flawlessly. 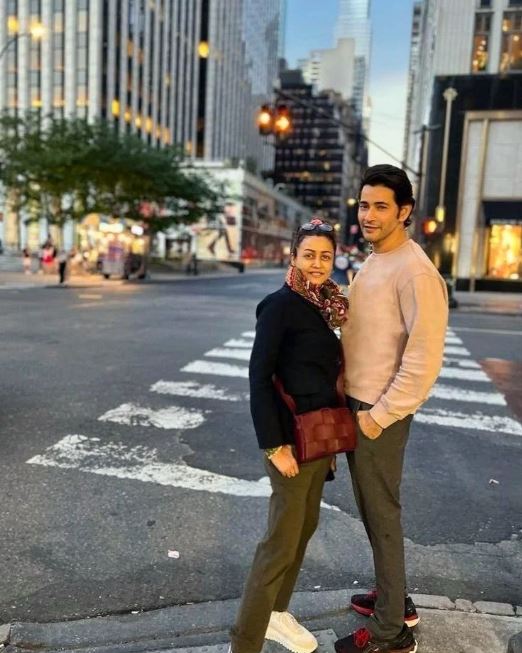 During the promotions of his 2015 film, Srimanthudu, Mahesh Babu had revealed that he can't read or write in the Telegu language. However, we have seen the actor flawlessly delivering Telegu dialogues in films like Sarkaru Vaari Paata, Sarileru Neekevvaru, Bharat Ane Nenu, Major and many more. Now, as per the reports by IndiaGlitz, Mahesh Babu has a unique quality that he can quickly memorise anything. Thus, he used to follow the director reciting the lines and used to take a record of that in his excellent memory. This has helped him deliver Telegu dialogues with so much ease. The report also mentioned that the actor couldn't learn Telegu in his childhood because his schooling had happened in Chennai. 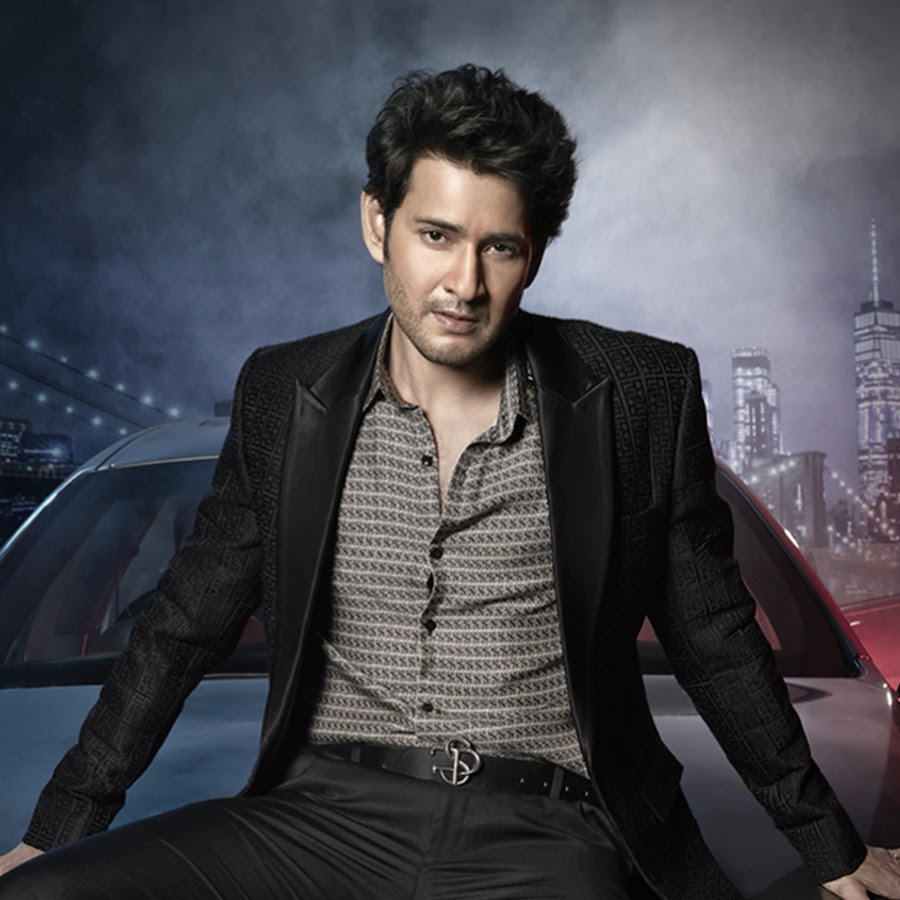 Coming to his personal life, on February 10, 2022, Namrata Shirodkar and her loving husband, Mahesh Babu had completed 17 years of marital bliss. To mark the special day in the duo's life, she had taken to her Instagram handle and shared a romantic video with her hubby. The video was a mashup of their throwback moments, starting from their marriage ceremony to vacations to many more. Along with it, she had revealed her little recipe for a happy marriage in the caption that could be read as:

“My little marriage recipe: Lots of love mixed with humour, trust, respect, kindness and patience. Let it simmer for a lifetime.. Tastes better each time! Happy 17 MB @urstrulymahesh! Love you with all my being.”

Mahesh Babu is not only a doting husband but also a loving father, proof of the same is found on his social media handles. On May 26, 2022, Gautam Ghattamaneni's class 10 results were announced, and his dearest daddy, Mahesh's excitement had no bounds. The actor had taken to his IG handle and shared a close family picture, including his wife, Namrata and kids, Gautam and Sitara to celebrate his son's high school graduation. In the picture, the family of four was spotted sitting in an outdoor location. While Sitara had hugged her mommy and brother from behind, Mahesh had clicked the selfie. Sharing it, Mahesh had written:

"Celebrating GG’s high school graduation at @brennersparkhotel! Proud of you @gautamghattamaneni!! Here's to many more!" 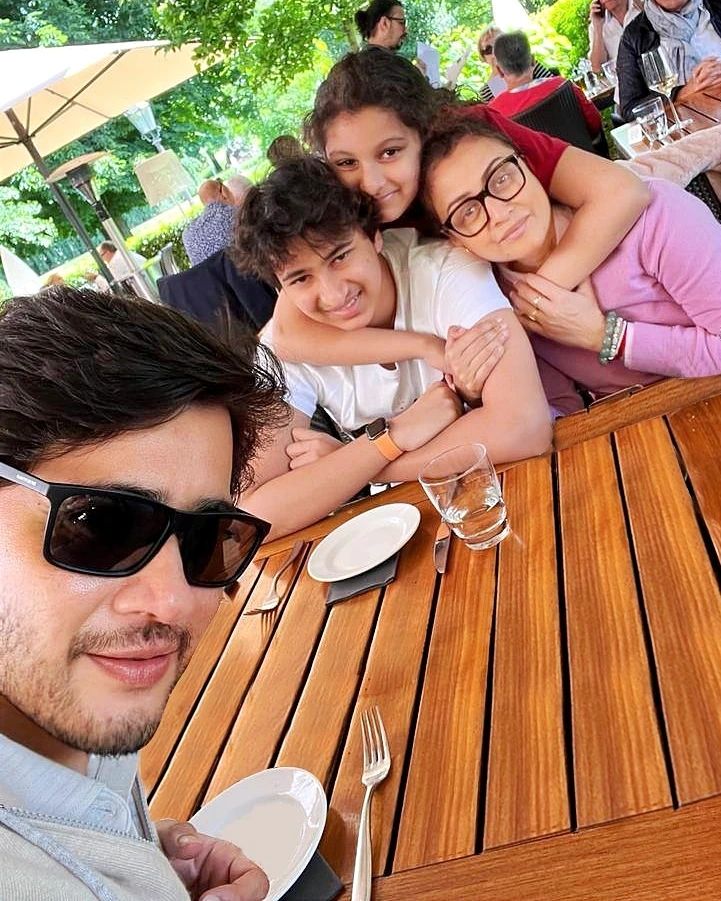 Are you also stunned to know about Mahesh Babu's skill? Let us know. 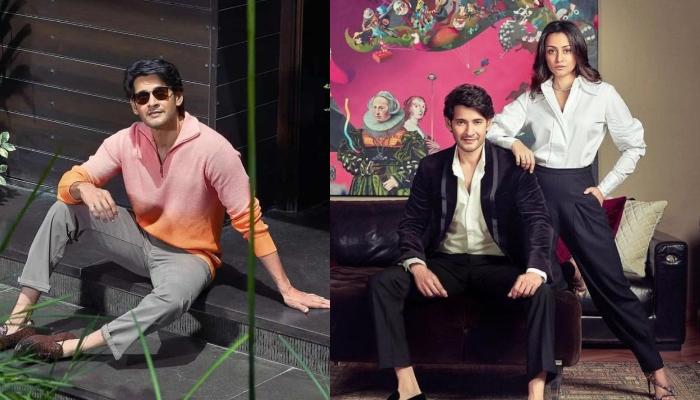 Tollywood actor, Mahesh Babu is one of the most popular and sought-after actors in the film industry. Hailed as the Prince of Tollywood, Mahesh is one of the top paid actors in India. On the personal front, the handsome actor, who ruled the hearts of millions was bowled over by