Shanaya Kapoor's mom, Maheep Kapoor posted a photo collage, wearing a similar outfit as Britney Spears and got trolled brutally by the netizens!

We have seen her in The Fabulous Lives of Bollywood Wives, we have seen how vivacious she is and we have seen how she loves fashion. We are talking about none other than Maheep Kapoor, wife of Sanjay Kapoor, who had made her debut on the digital platform with her show, The Fabulous Lives of Bollywood Wives. Maheep is a jewellery designer by profession and a fashionista by heart. Not just this, she is a protective mother of two kids, Shanaya Kapoor and Jahaan Kapoor. Well, with popularity come many drawbacks too, as the star wife often gets worked up when she or any of her family members is trolled on social media.

Britney Spears Shares A Rare Picture With Her Teenage Sons, Sean And Jayden, Calls Them Gentlemen

We had seen in the show, The Fabulous Lives of Bollywood Wives how Maheep was all tensed when her daughter, Shanaya was trolled online that she had to seek solace in her nephew, Arjun Kapoor. It was Arjun, who had made her understand the power of ‘ignorance’ and how people will always judge others for whatever they do. Well, when her daughter, Shanaya is all set to make her big debut in Bollywood, mommy, Maheep decided to go for a fashion face-off with none-other-than the queen, Britney Spears. 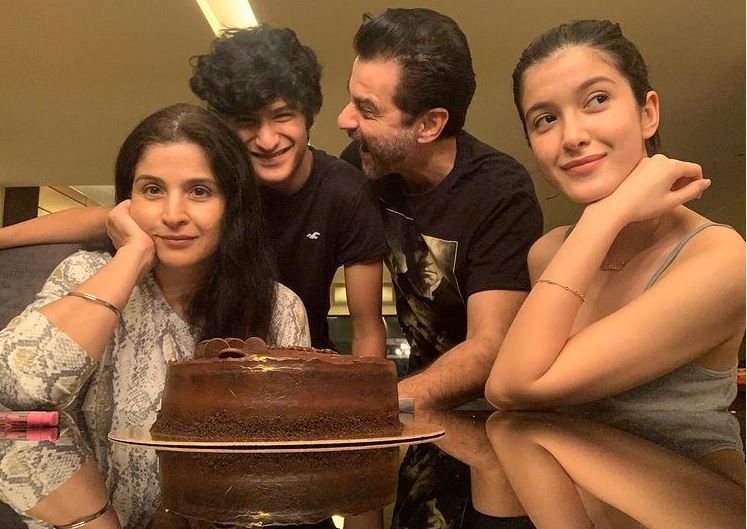 Britney Spears needs no introduction. The singer has made her mark all over the world and her fashion choices are hailed by women across the globe. The singer found a fan in Bollywood star wife, Maheep Kapoor as she tried to copy Britney’s fashion style. Taking to her IG handle, Maheep shared a collage, showcasing how she wore a similar outfit as Britney, hailing the queen. However, this did not go well with the netizens as some of them decided to troll her for copying Britney. In the collage, on the left-hand side, we can see Maheep wearing a white coordinator set with blue floral print, whereas, on the left hand, we can see a close-up picture of Britney wearing a somewhat similar outfit, however, only her top was visible. While Britney completed her look with a choker neckpiece and smoky eyes, Maheep opted for nude makeup, keeping her hair loose. 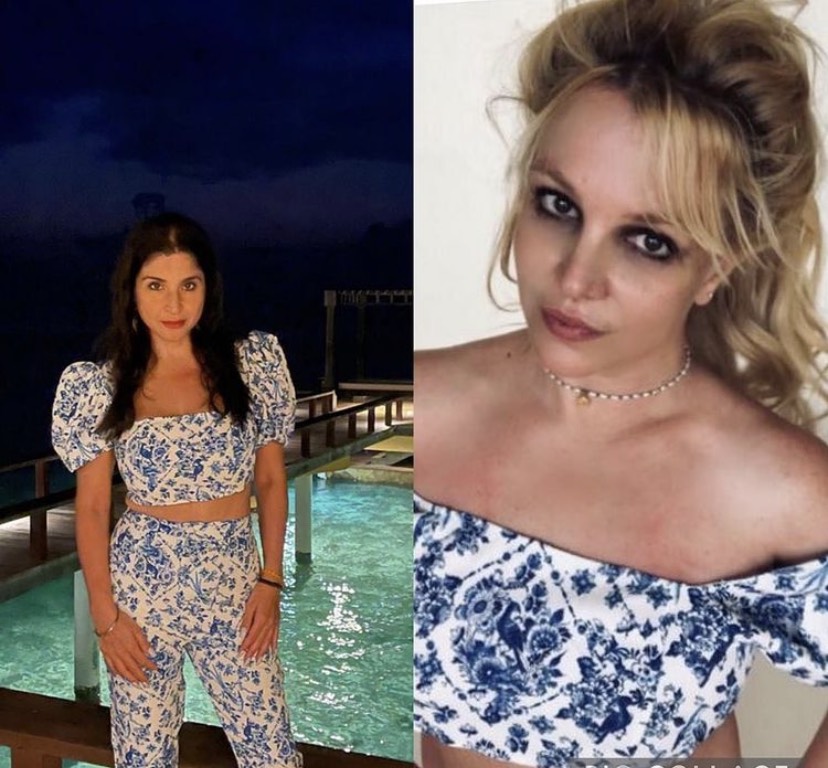 Well, the collage did not go well with some of Maheep’s followers as they started trolling her. While one user wrote, “Ek show kiya and you got famous and started comparing yourself with Hollywood stars,” the other user commented, “be yourself bro.. stop copying every time.” Maheep, however, ignored them all as perfectly taught by her nephew, Arjun Kapoor and posted another collage on her story, mentioning how once Rihanna and she wore the same skirt. She also mentioned that it was a moment for her. 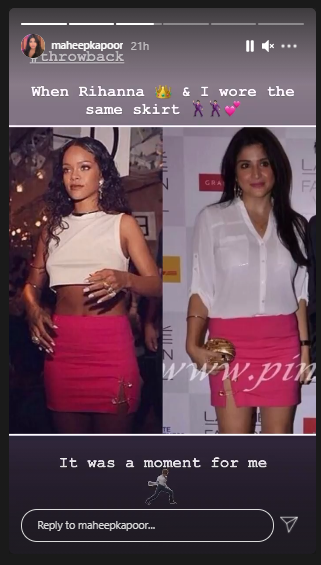 A few days back, Karan Johar had announced Maheep Kapoor’s daughter, Shanaya Kapoor’s big Bollywood debut and the starlet and the producer were trolled brutally. On March 22, 2021, film producer, Karan Johar took to his Instagram handle and shared a sizzling video of Sanjay Kapoor's daughter, Shanaya Kapoor as he announced her much-awaited debut in Bollywood. He had captioned the video as “#DCASquad : Another beautiful addition to our growing @dcatalent family! Welcome to the #DCASquad, @shanayakapoor02. Her enthusiasm, perseverance and diligence is so amazing to see. Join us in showering your love & blessings as she begins her first film with @DharmaMovies, this July! Watch this space for film details!!! @apoorva1972 @buntysajdeh @rajeevmasand @udaysinghgauri."

Recommended Read: Harshdeep Kaur's Newborn Son, Hunar Singh Holding Her Finger With His Tiny Hand Is A Sight To Behold

Karan Johar's announcement had not gone well with the netizens as the comment section of his post is filled with ruthless trolls and mean comments. On one side, some had trolled him for again launching a star-kid and not changing after the demise of late Bollywood actor, Sushant Singh Rajput, who was termed and treated as an outsider. On the other side, many people had questioned Shanaya's acting skills, as the whole video was all about her glamorous looks, which had not impressed people a lot, as they had called her a 'barbie doll'.

We feel, no matter what our stars do, trolling will never leave them! What are your views about Maheep’s fashion face-off with Britney Spears and Rihanna?