Celebrity weddings are a hyped affair. It all begins with the little birdies informing us about a possible wedding until we receive an official confirmation on the same. Then comes their wedding day where we are eager to checkout the first look of our favourite celebrities and when their wedding is done, we can’t wait to see pictures from their honeymoon, post which, comes pregnancy speculations. Notice the entire process that happens? And in the similar lines, international sensation, Priyanka Chopra Jonas' pregnancy rumours spread like wildfire a few days back. (Do Read: Jackie Shroff On Tiger Shroff And Disha Patani's Relationship, Says They Might Get Married In Future)

In February 2019, a few pictures of Priyanka Chopra Jonas from the New York Fashion Week went viral on the internet. While she looked beautiful in a checkered Michael Kors dress, what came about from the pictures was a probable baby bump that looked quite evident. Waving to fans and media, Priyanka’s glow was unmatchable! It was then her mother, Madhu Chopra dismissed all pregnancy rumours and shared with Mid-Day, “It was a bad angle. The outfit was nice. She looked like that only in some pictures, the rest were fine. Blame it on the camera angle!" And a few days later, Priyanka Chopra Jonas was spotted visiting the hospital with her mother, which further ignited the pregnancy speculations. And so, SpotboyE contacted Madhu Chopra yet again and asked, “What made you go to the hospital? Hope all well". And the star mommy had replied, “We had gone there to see a very unwell relative.” In an interview, Madhu ji had also shared how her star daughter had reacted to her pregnancy rumours, “When I spoke to Priyanka on the phone, she told me that she was tired and hence, had a slumped posture. I told her what people were saying, and she simply said, 'Mamma, give me a break!'" Now we know! If you happen to checkout Priyanka Chopra and her mother Madhu Chopra’s social media feed, you will realise the tumults of fun that the latter had at her daughter's do. However, in an interview with After Hrs post Priyanka’s roka ceremony in August 2018, Madhu ji shared that she is glad with Priyanka finally finding the man of her dreams. She had said, “Priyanka has always been ambitious about her career and I was just supporting her and wishing the best for her, as a mother. I used to pester her, but in the last two-three years, I had stopped. I had given up. Yeh sab cheez ka ek time hota hai, it’s all destiny.” She further said, “I told her that I want to meet Nick’s family.” (Also Read: Exclusive Pictures Of Saumya Tandon And Her 2-Month-Old Son Miraan's Dreamy Photoshoot) 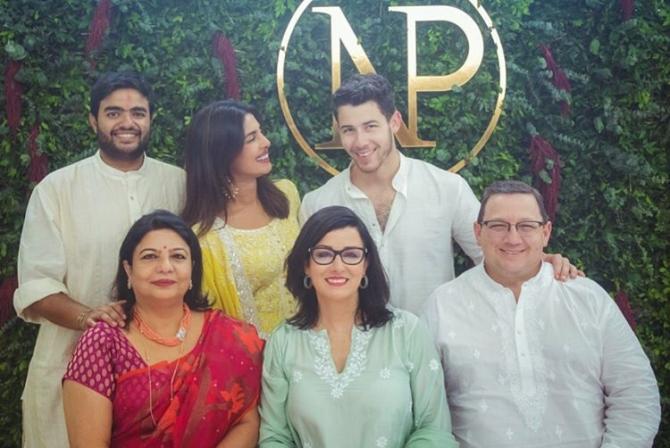 Like most mothers who have lost their husbands, Madhu Chopra  shared that she got all ‘emotional’ and had missed her husband, Ashok Chopra, who had always wanted to see Priyanka getting married. Speaking of what kind of a wedding she wanted (traditional Indian wedding or Christian), mommy Chopra had shared, “My daughter knew I wanted a roka before the marriage, so she never said ‘no’. I haven’t forced any of my thoughts on her, but I definitely want a traditional Indian wedding. That’s my only wish. I started the roka with a puja, which is important for me. I’m a modern mother but at heart, I’m quite conservative”. And see how beautifully Priyanka adhered to her mommy’s wish! 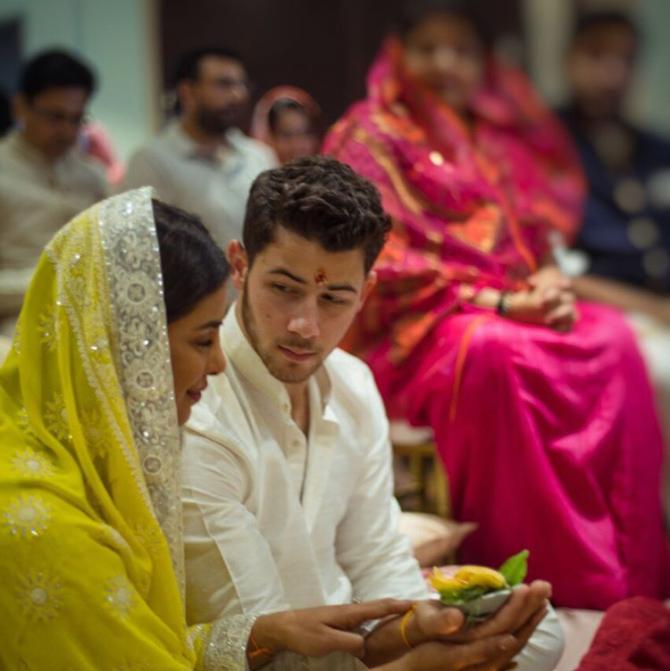 Speaking of her daughter, Priyanka Chopra Jonas’ choice (Nick Jonas), Madhu Chopra had shared, “I always trust Priyanka’s judgment; she’s not impulsive. She gave it a lot of thought and when she decided on something, I was sure it would be good.” Speaking of Nick, she had shared, “Nick is calm and mature. He’s a wonderful person and everyone in the family just loves him. He’s so polite and respectful towards elders. What more can a mother want!” 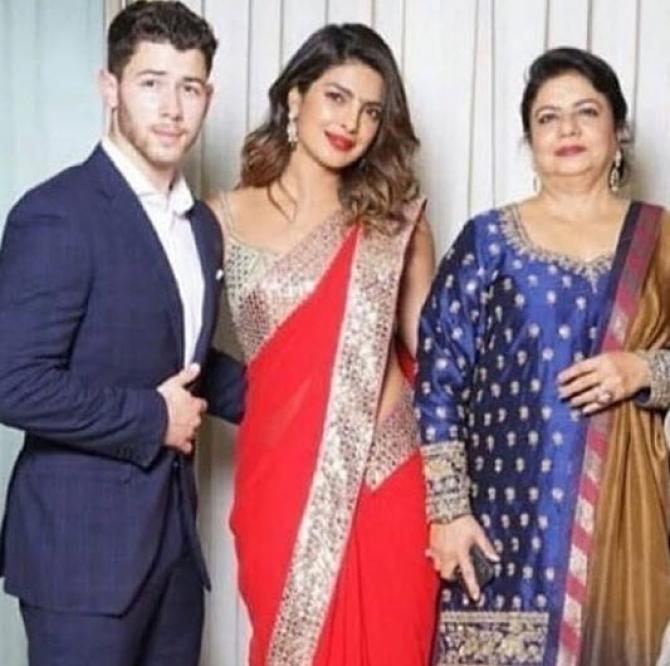 In an interview with Zoomtv.com, Madhu Chopra shared about the quintessential requirement in a perfect marriage. She referred to her own wedding to late Ashok Chopra and stated that "a marriage should be built brick by brick and every day should be like Valentines Day". In the interview, she further said that "the husband should be qualified enough to take care of his wife in health and happiness". Speaking of her own marriage, she added that "they don't argue or fight but sit and listen to each other's point of view. This is the perfect wedding lesson for the newly- engaged couple". And concluded by saying that "these lessons have been instilled in Priyanka since a very young age." (Must Read: Unseen Pics Of Radhika Merchant As The Real Showstopper At Akash Ambani And Shloka Mehta's Wedding) 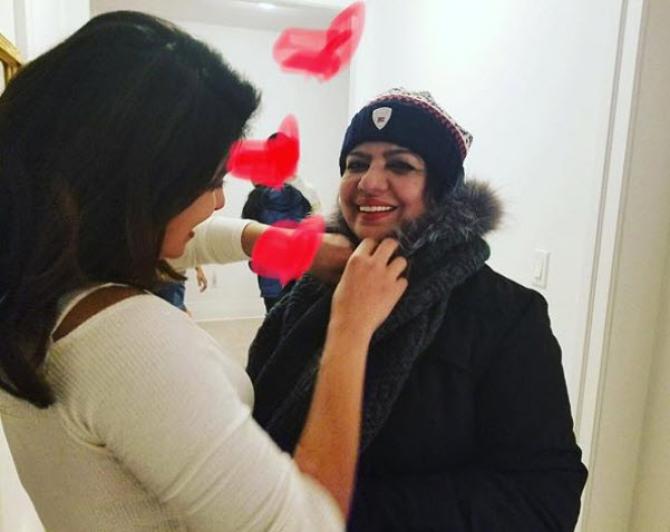 Guys, what do you have to say about Priyanka Chopra Jonas’ pregnancy pictures? Keep us posted!