Even before Sanju hit the silver screens and all his fans got a closer look at his life and hardships he had faced, Sanjay Dutt’s life has always been an open book. Sanjay Dutt is one such superstar who has been a rage among all his fans even during his odd times. Amidst all the love he was getting from his young and old fans alike, it’s his stunning and lovely wife, Maanyata Dutt, who stood beside him like a rock.

In a throwback interview with IANS back in 2009, Sanjay’s dear wifey Maanayata had opened up about the many problems her husband has faced in his life. She also went on to say that she came in Sanjay’s life as a “barricade” between him and all his “fair-weather friends” who were to misuse his power. (You May Also Like: Karan Johar's Twins Yash And Roohi Can't Stop Dancing When He Sings 'Happy Birthday' For Them) 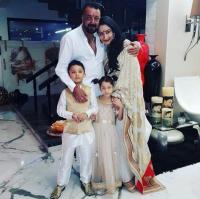 Maanayata was quoted as saying, "Wherever there's power, there's bound to be a lot of conspiracy hovering around that source of power. And let's face it, Sanju is very powerful. There were too many people around him trying to use him. I came like a barricade in Sanju's life to stand between him and those who want to use him. Naturally, these fair-weather friends resent me. I spoilt their party, you see.” 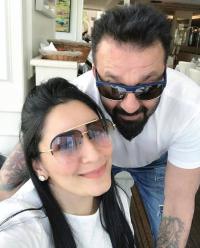 Not just this, she also shared that how Sanjay has brought happiness in her life. The 39-year-old CEO of Sanjay Dutt Productions had stated, “Oh yes. I've never been happier. Sanju has stood by me through thick and thin. I've known him for nine years. We started seeing each other seriously in 2005. But he knew my past. So when 'friends' tried to provoke him he just laughed it off. He knew everything about me”. (Also Read: Neeti Mohan And Her Bridesmaids Posed Wearing Nihaar's Masks, His Reaction Is Too Amazing) 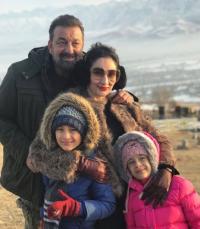 In the same interview, Maanyata also reveals how it feels like when everyone accuses her of taking over Sanjay’s life. On this note, she stated, “I know, but what I want to say is that I've the right to live with my husband the way I want to. It doesn't matter whether it's a prostitute or a princess, a wife has certain rights in her husband's home. I'm not a man living in a woman's house." 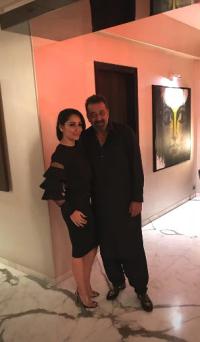 She further went on to say, “Sanjay never understood the nitty-gritty of finances. And if he hasn't accumulated a huge bank balance, it isn't because he hasn't earned money. He did, but he lost all of it. There were too many people around him trying to use him. I came like a barricade in Sanju's life to stand between him and those who want to use him. Naturally, these fair-weather friends resent me. I spoilt their party, you see”. (Checkout: 'Shagun' Fame Surbhi Tiwari At 38 Is All Set To Get Married With Businessman Fiance, Details Inside) 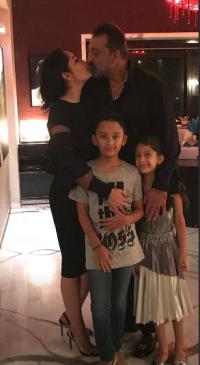 Maanayata also shared that there were a few people in his circle who were mishandling his finances. She had retorted, “I wouldn't like to name them, but some people for whom Sanju was taking on unnecessary expenses have been stopped. Sanju was implementing financial responsibilities that were not his. That has also made some people hate me. But his finances were being handled by the wrong people. There were so many irregularities in his accounts. If I open my mouth about it, no one will be spared.” 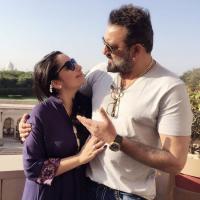 The actor’s wife further shared his reaction on her adding his surname. Maanayata was quoted as saying, “That's his personal opinion. Sanju would've been offended and insulted if I had continued using my father's name. If other wives want to use their maiden names, it's their choice. He feels it is a fashion to do so these days. He has the right to an opinion." She further added, “Having married a man who takes care of all my needs, I'd like to accept his name with full honour and take charge of his home and accept his family as my family. If you can't accept your husband's name and family, then why marry?” (Do Read: Juhi Parmar's Unique Way To Prepare Daughter Samairra On Dealing With Her Bitter Divorce)

Nonetheless, today, Maanyata and Sanjay Dutt make a rock-solid couple and their fans adore them for who they are. Wishing them all the happiness in life!