Suyyash and Kishwer, fondly called Sukish by family, friends and fans, make for one of the most adorable couples on the Indian television. Their Instagram accounts are a proof of how much they adore each other. Their fans have always admired them for being so open about their relationship status. (Read: Totally Adorable Signs That Your Partner Is Your Best Friend)

Sukish have a very cute love story, but not the one without any hiccups. Read how these two fell in love with each other.

Top 7 Bollywood Couples Who Sizzled On The Ramp Together Co-stars often fall in love with each other as they get to spend time together on the sets. Similar thing happened to this couple. Suyyash and Kishwer met during the shoot of their show, Pyaar Ki Yeh Ek Kahaani. Though, the two were not casted opposite each other and had very different roles, they would meet very often. According to their schedules, the shoot would get over by 11 pm and every one would leave the sets, including Kishwer and Suyyash. But, these two would go back home and talk to each other till 7 in the morning. After four months of long conversations, these two realised that there is a lot more to this friendship. They finally decided to take the next step and declared their love to the world.

Also Read: 14 Signs That Show Your Partner Is Absolutely Trustworthy And A Total Keeper

Trouble in the paradise Kishwer and Suyyash are very much in love with each other. But, there often comes trouble in every paradise. It is considered a taboo if a younger man falls in love with an older woman. There is an age difference of seven years between the two, Suyyash being younger than Kishwer. This certainly did not go down well with their friends and family. They had to face prejudices from the society as well. They had to struggle for a while to convince everyone about their dedication towards each other. Finally, their love conquered all the troubles.

Must Read: 5 Incredible Reasons Why Men Fall In Love With Older Women "Initially, both of us had to battle with innumerable questions raised by our dear friends and family, because of the age difference of 7 years between us. But eventually, they accepted us and our decision to be together." 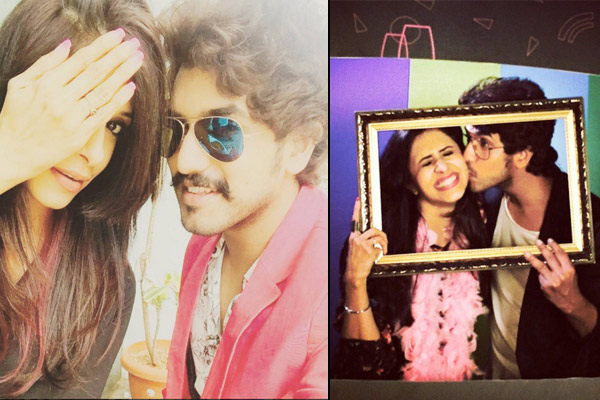 On their togetherness, Suyyash ushered:

"It has been almost three years that we've been together as a couple. Our journey together so far is not of a stereotypical couple who are just together; rather we have lived every moment as being one. We both share a mutual understanding which is beyond belief and cannot be expressed in words."

Marriage is on the cards 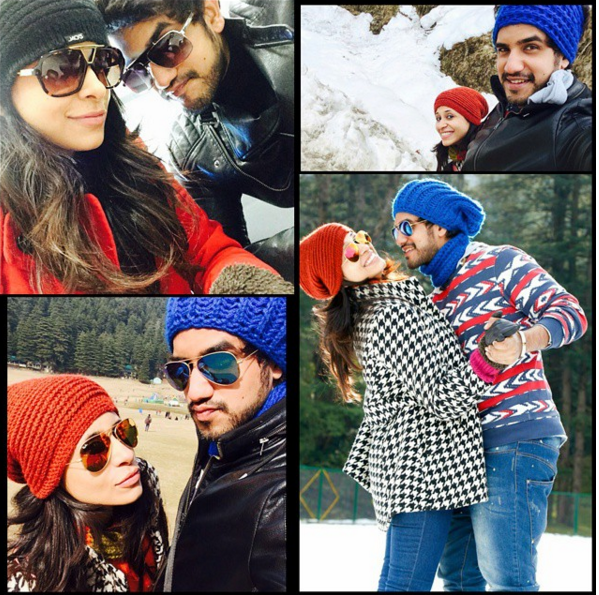 We love this cute couple off-screen as much as we loved them on-screen together. We are eagerly waiting to see them tie the knot. Here is what Suyyash said about marriage a few years ago:

"I have always believed in a long-term relationship. Therefore, marriage will happen for sure but I'm waiting for the right moment to talk to my parents." Suyyash and Kishwer are currently a part of the ongoing 9th season of Bigg Boss. While in the house, Suyyash expressed his desire to get married to his long-term girlfriend, Kishwer, to his inmates. The other contestants gave Suyyash the idea of proposing to her on air, but Suyyash denied and said that he will do it in his own style. 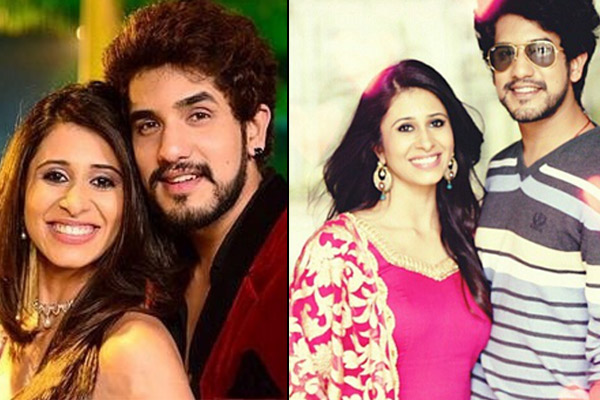 Suyyash and Kishwer are absolutely ready to take this big step and have no qualms regarding this.

About their wedding plans, Kishwer said:

"It's about time, don't you think. We've been dating each other for almost five years. We will complete five years by the end of 2015. So I think it is the right time to take the plunge".

Also Read: 8 Bollywood Celebs Who Are Younger Than Their Wives 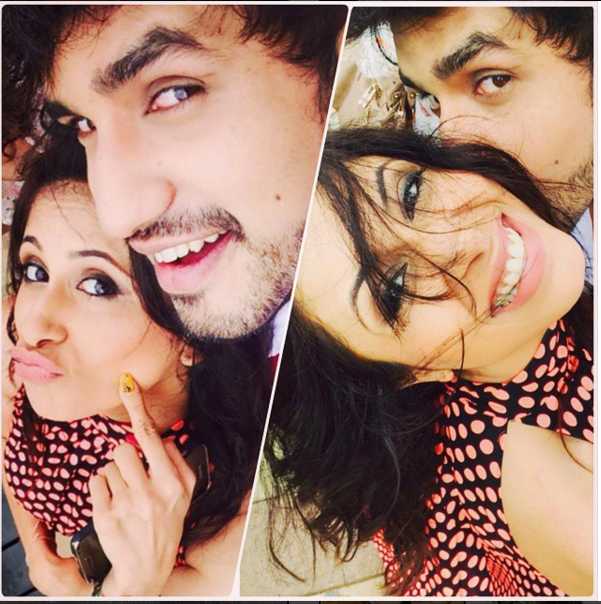 As for now, the couple is still in the Bigg Boss house, so planning for the wedding is not a priority. But, the couple has certain things in mind for sure. 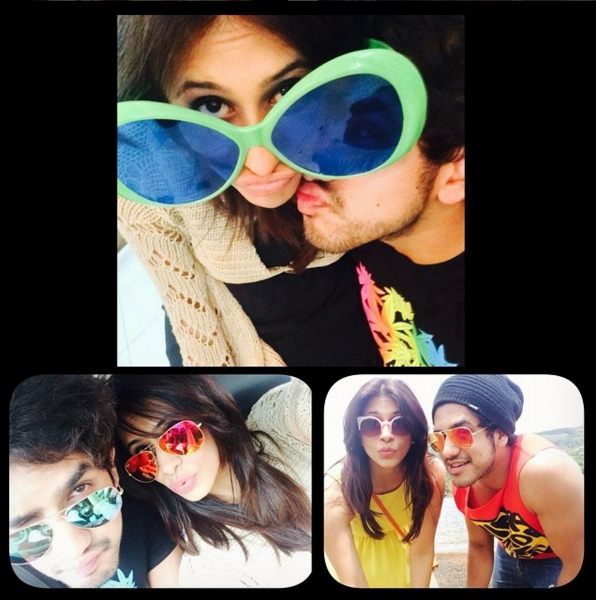 Just like many of the other television actors, Kishwer and Suyyash want to have a simple and intimate wedding as well. The guest list will include their close friends and family. Apart from this, they are also keen about travelling to faraway lands.

Also Read: Top 8 Things To Do On Your Honeymoon In The 'City Of Love' Paris 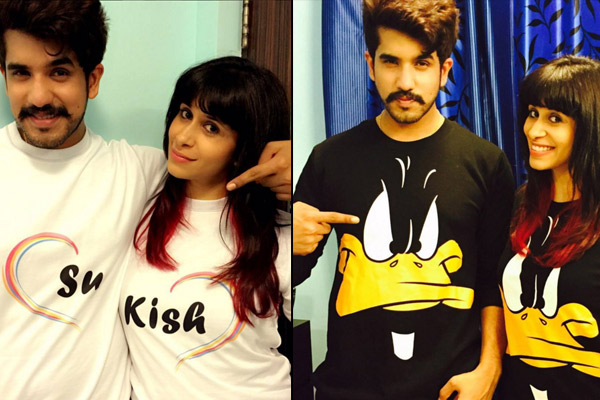 Suyyash, in an interview told about their travel plans. He said:

"After getting hitched, madam (Kishwer Merchant) wants to go to Paris and Amsterdam, Moscow...So I have to plan all of that."

Recommended Read: The Charming Love Story Of Heartthrob Fawad Khan And Sadaf Khan That Will Touch Your Heart 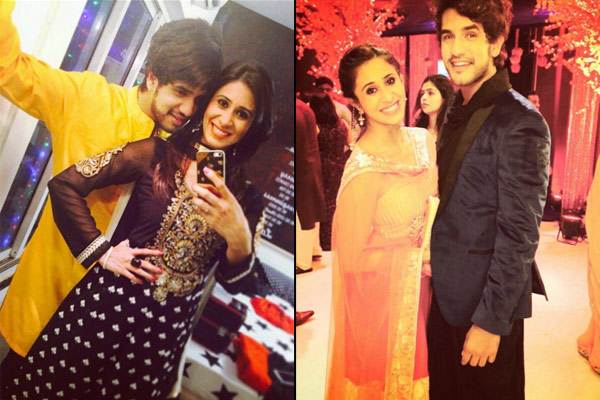 We hope that this couple, who has been going strong so far, come out of the house and execute their wedding plans. Suyyash and Kishwer are not the conventional couple. They have struggled against the animosity of the society, and have proved that love is above all. We wish them luck and thank them for setting an example for everyone in the society. Now, we will leave you with some of the most adorable pictures of this gorgeous couple! Take a look: 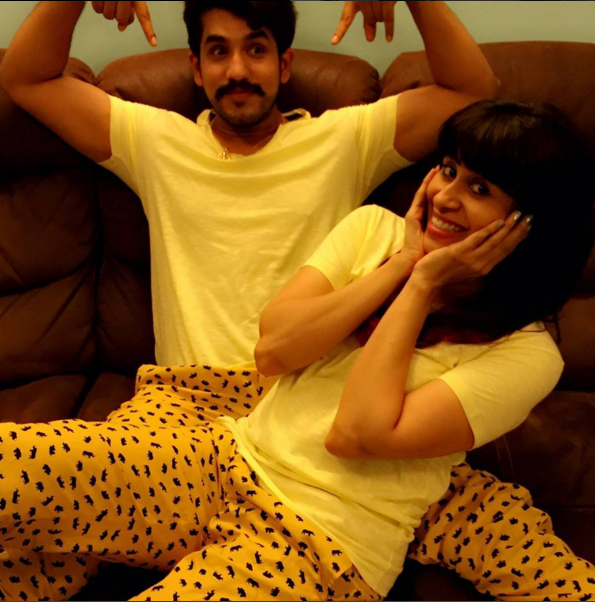 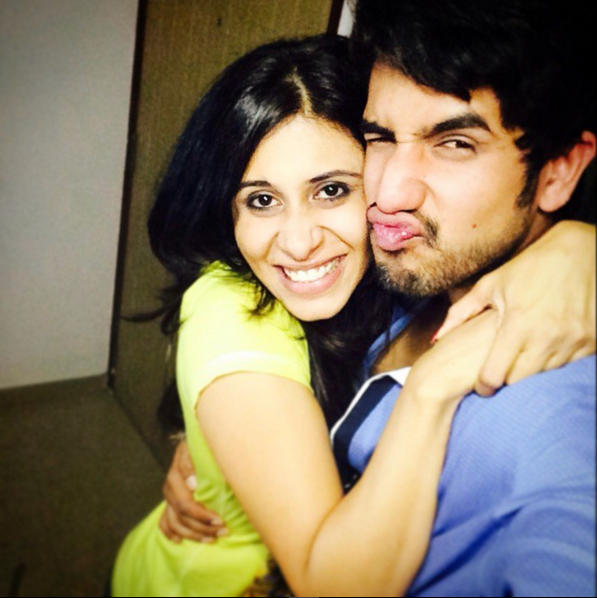 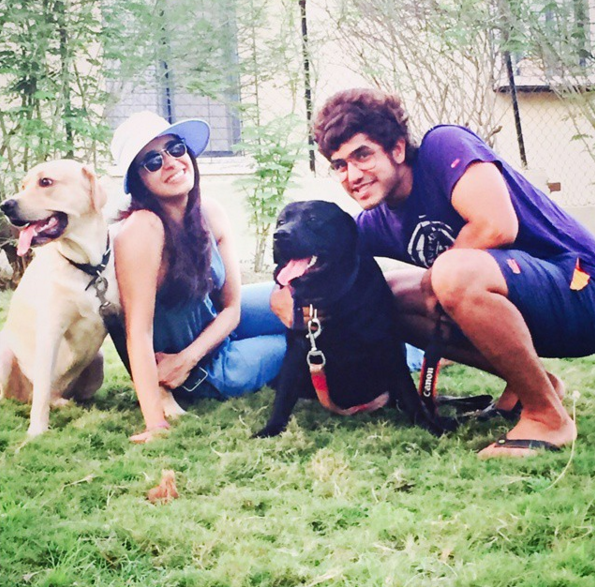 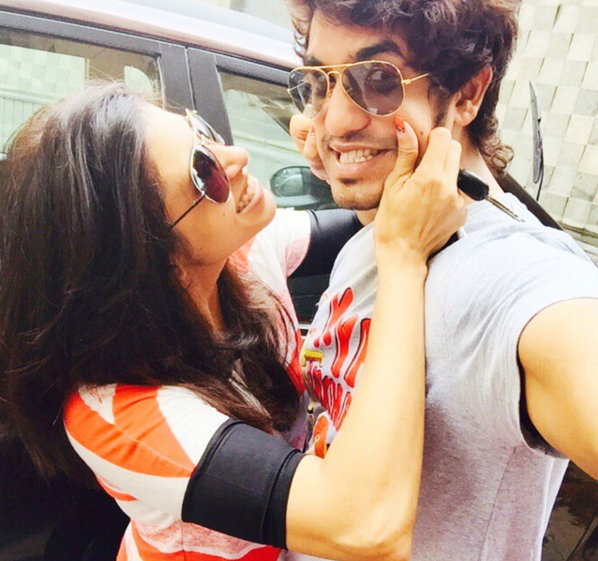 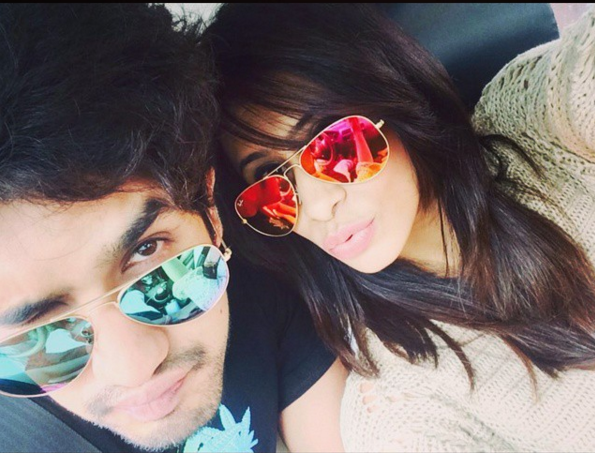 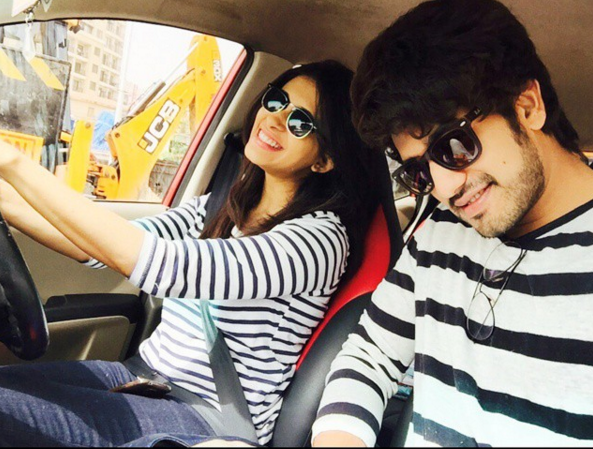 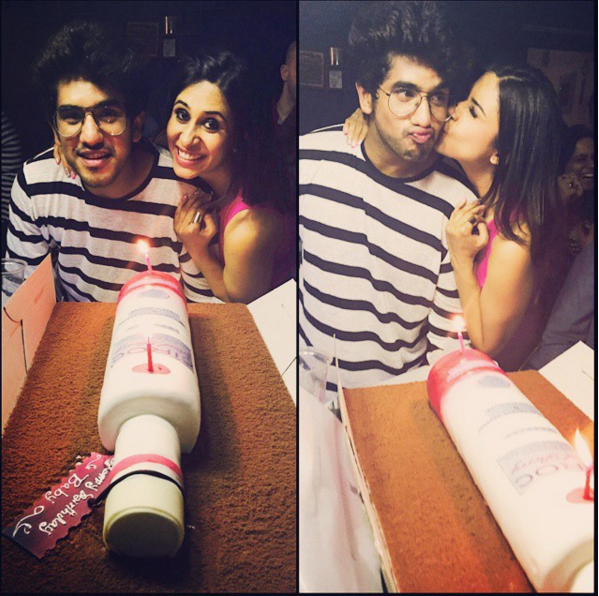 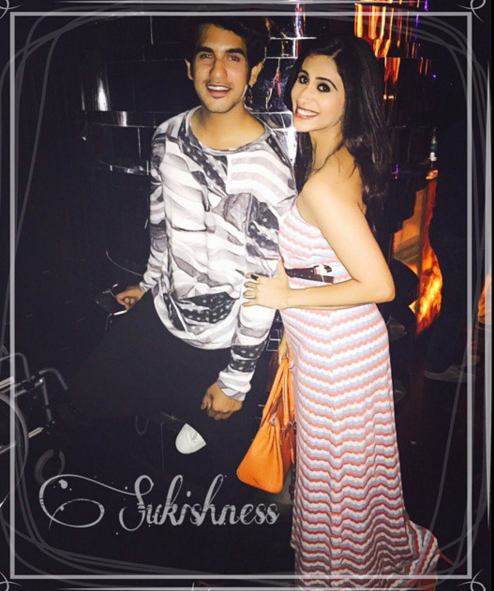 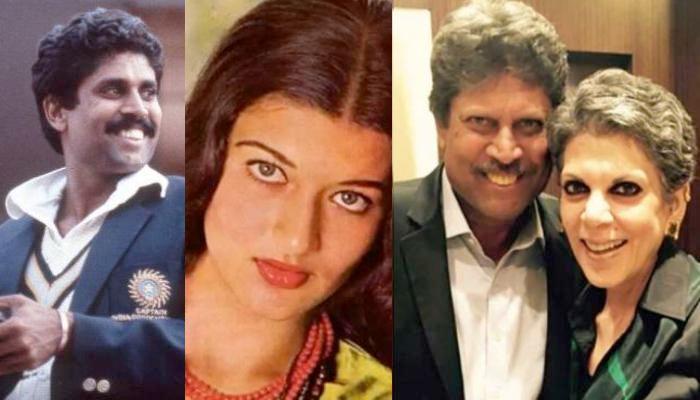 It was on June 25, 1983, when Kapil Dev Ramlal Nikhanj, better known as Kapil Dev, had lifted every cricketer's dream trophy, ICC Cricket World Cup Trophy, for the first time in Indian cricket's history. The win was iconic in itself because Kapil's team had beaten the fierce West Indies team

Top 7 Bollywood Couples Who Sizzled On The Ramp Together