One of the most followed couples of the television industry, Shefali Jariwala and Parag Tyagi have been giving major goals to millennial couples all these years with their romantic PDAs on social media handles. Here's a sneak peek into their love story!

One of the most followed and adored couples of the television industry, Shefali Jariwala and Parag Tyagi have been given us major couple goals to the Millenials in all these years with their romantic PDAs on their respective social media handles. Whether we talk about their mushy comments on each other's pictures or their lovely note on one another's birthdays and special days, Parag and Shefali are a match made in heaven.

The lovely couple, Shefali Zariwala and Parag Tyagi had met by chance but are united forever for this life. Their love story is one of a kind and will make you believe in second chances. They don't only look gorgeous together but have an amazing love tale to tell. Be a part of their journey with us and read their awe-inspiring tale. 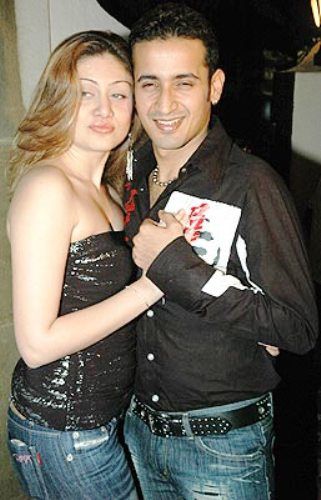 For Shefali Jariwala, the love journey was nothing less than a rollercoaster ride. The gorgeous actress had a failed first marriage with Harmeet Singh from the famous singer duo, Meet Brothers. After dating each other for some time, Shefali and Harmeet had got married in 2004. However, soon cracks had started appearing in their married life, and in 2009, the couple had parted ways. After her divorce from Harmeet Singh, the actress became a little apprehensive before extending a hand of friendship towards television actor, Parag Tyagi. The lovely couple had met through a common friend at a party, and after some casual meetings, the two had started liking each other. As a result, soon they had started dating after a while. It was Parag's caring nature, which had drawn Shefali towards him during the initial phase of their dating period. 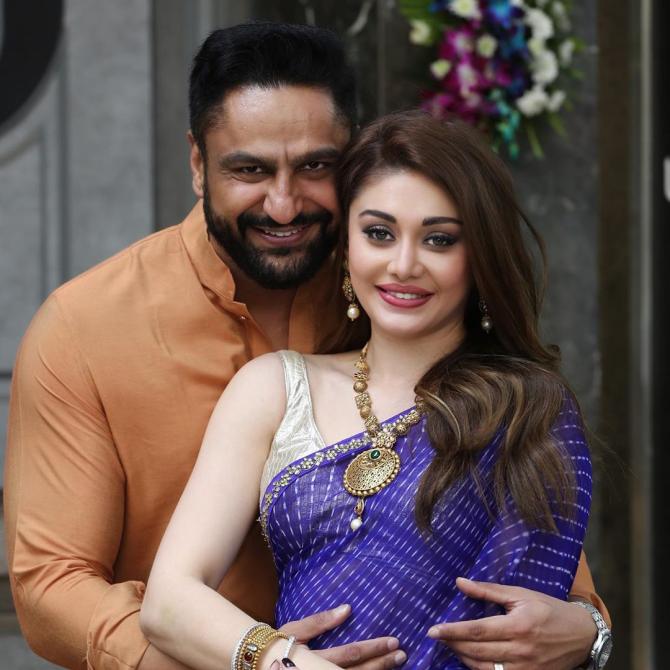 Shefali Zariwala has earned an image for herself after featuring in the iconic song, Kanta Laga. However, only Parag Tyagi had seen the real side of Shefali and had fallen instantly in love with her. It was her love and immense care for her family that had left Parag super impressed with her. Parag had heaped tremendous praise on her in one of his interviews with a leading news portal. Extolling her, he had said:

"Shefali is a sweetheart. When her music video was out, people had another image of her but she is completely the opposite of her screen image. She is a girl any guy would love to have as a wife. She is very caring and it shows. To judge a person, you need to look into what is happening in his or her home. She loves her parents and looks after them like a son would. She also looks after my parents. I don't have enough time to spend with them and but she is always in touch with them."

You May Also Like: Single Mother At The Age Of 24, Sushmita Sen Dated 9 Men Till Date, But Is Happily Unmarried At 46 Once in an interview with a media portal, one of Parag Tyagi's close friends had opened up about his bonding with Shefali Jariwala and had also revealed how the two of them had met for the first time. Calling them a good pair, the close friend had quoted by saying:

"The two met through common friends and developed a liking for each other. It's openly recently that they started dating each other. Shefali had come a long way from her broken marriage and looks she is ready to start afresh. Parag is very caring and the two make a good pair." 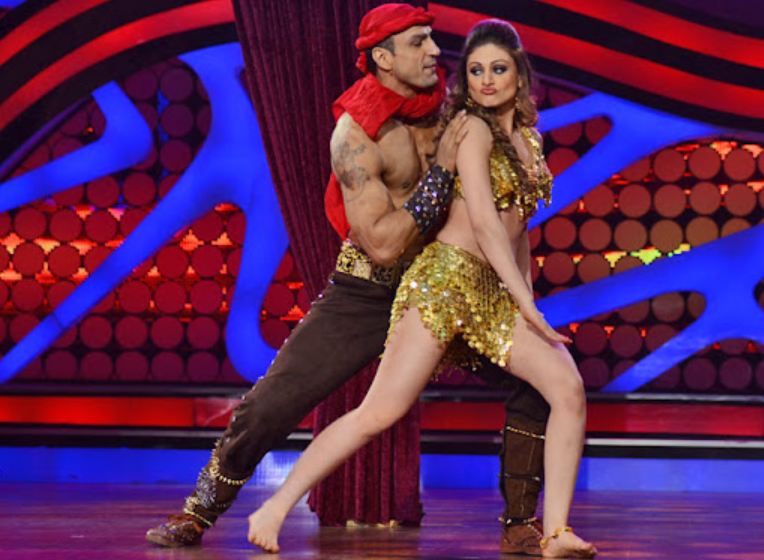 Everyone is aware of the renowned fact that Shefali Jariwala is an amazing dancer, but the man of her dreams, Parag Tyagi, doesn't even know how to catch the beat. However, this had not kept this amazing couple away from participating in Nach Baliye Season 5. Parag had matched the footsteps of his baliye, and their chemistry and sizzling performances were the highlights of the show. It was on this dance-based reality show where Parag had confessed his love and wish to marry Shefali.

Don't Miss: After Controversial Affairs With A Singer And A Director, Meenakshi Left Bollywood To Marry A Banker 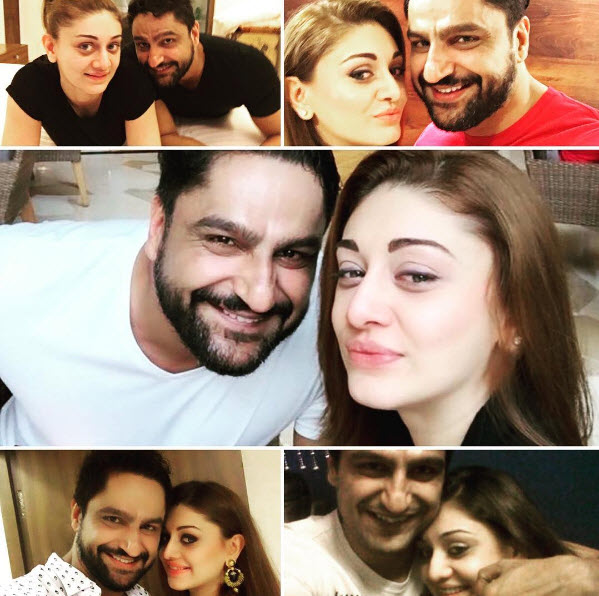 Shefali Jariwala and Parag Tyagi had got married in 2012. The lovely couple had wanted a lavish beach wedding for which they had booked the venue too. But, unfortunately, Parag's father had got a heart attack in 2012, and the couple had to push back their wedding. Once in a heart-to-heart conversation with a news portal, Parag Tyagi had thrown some light on the sad incident and had shared the kind of emotions he had felt during that tragic time. Parag had said:

"Our wedding was fixed in Goa; we had booked the venue and made all arrangements but we had to postpone the wedding. My father had a heart attack in January 2012, and Shefali came with me to Ghaziabad for the first time. In June, he had a second attack. Shefali was there with my parents throughout and then brought them to Mumbai to look after them." 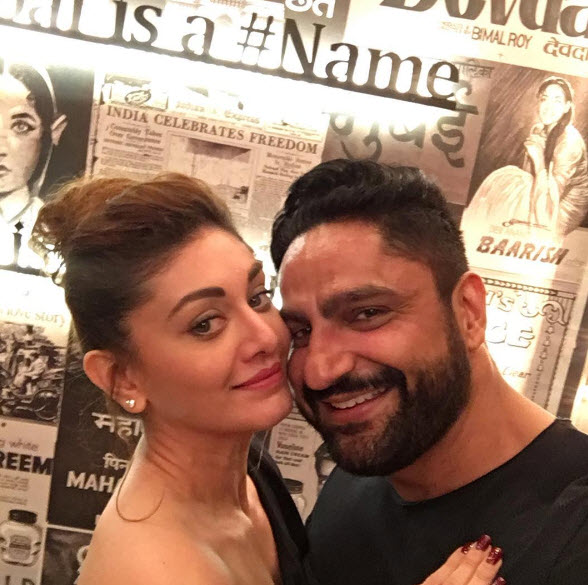 Must See: 6 Super-Romantic Couples Of Bollywood Whose Love Stories Will Leave You Inspired

The universe had kept throwing the ball at them, but Shefali Jariwala and Parag Tyagi had not gotten to plan the wedding. Finally, the couple had decided that it is the marriage that matters and not the grand celebrations. After which, Parag and Shefali had a court marriage on August 12, 2014. 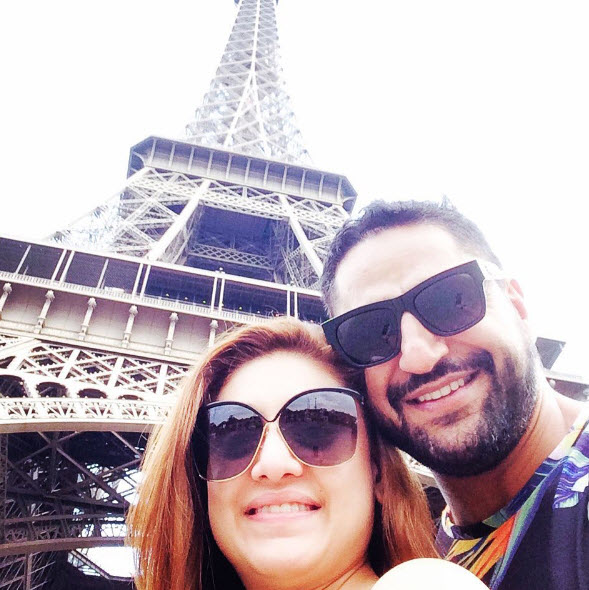 The actress had once opened up about her court marriage with her husband, Parag Tyagi, and had termed their wedding a sudden one. Recalling the biggest day of their lives in a conversation with a leading news daily, Shefali had said:

"I and Parag had a court marriage yesterday. Parag had asked me to marry him this very day about three years back. Since my family is away in South Africa and his parents are in Delhi, it was practically just the two of us at the wedding. It was so sudden that we didn't even click pictures." Parag and Shefali are in a happy space right now. They are enjoying each other's company and Shefali is elated to have finally found a man who loves her to the moon and back. We hope that these two continue to fall in love with each other every passing day.