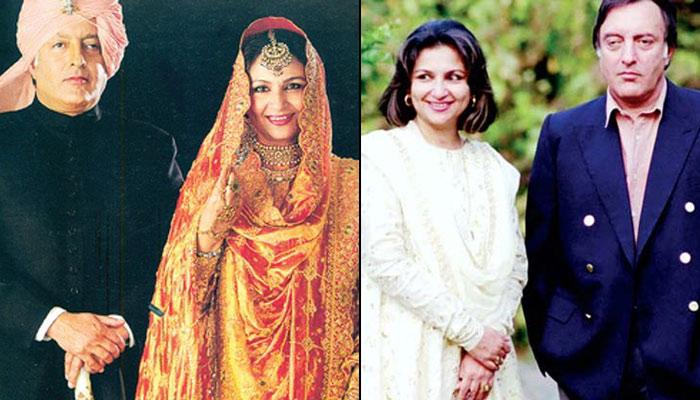 Cricket and Bollywood have always been closely knit. These are the two most glamorous industries in India. The relationship of these two industries grew stronger when cricketer Mansoor Ali Khan Pataudi married Bollywood diva, Sharmila Tagore. He was the youngest captain of the Indian cricket team and she was the first actress to have posed in a bikini and broke the taboos of that time. These two ultra-confident and good-looking people taught everyone that fairytale love stories do exist. Read below to know how these two got married!

The very beautiful, Sharmila Tagore met the then Indian cricket team captain, Mansoor Ali Khan through a common friend. It was 1965 when both of them had come to the capital city. While Sharmila was a self-confessed cricket fan, Mansoor had no clue about Bollywood. The dashing royal blood won many matches, but lost his heart to the innocent beauty with a mature outlook. Sharmila, however, was attracted to his sense of humour. Yes, the initial attraction was there, but their love story did not begin overnight.

The Nawab of Pataudi had to do a lot of wooing in order to impress the Bengali beauty. He even gifted her a refrigerator, but that did not work. It were the roses and letters, which were sent over a span of four years that made Sharmila say 'yes'.

Once their love bloomed, they became inseparable. They would do all the impulsive things. For example, Sharmila once went to Ahmedabad airport, leaving her shoot, just to say bye to Tiger. He asked her if she would want to come and she agreed to it. She left with him just like that.

He finally proposed to her on the streets of Paris.

Also Read: Bollywood Heartthrobs Who Cheated On Their Wives

During the 60s and 70s, a person with a filmy background was not considered very stable for a long-term relationship, and neither were the cricketers. This was an issue for their respective families as well. Another major problem was that Sharmila belonged to a Bengali family, while Nawab had royal lineage and was a Muslim. Not only were their families reluctant about their match, the outside world was also not too sure about them.

To marry Nawab, Sharmila converted to Islam and became Ayesha Sultana. She left Bollywood for a while, but returned shortly.

December 27, 1969, the lovebirds got married and the wedding was a truly royal affair. They both looked elegant on the D-day. Sharmila's wedding attire won many hearts and was later on repeated by her daughter-in-law, Kareena Kapoor.

Even after their marriage, they received a lot of negativity. Bets were placed that even if they ever get married, their marriage would not last long. Well, we all know what happened to those bets!

Although Sharmila could never get Nawab to like Bollywood movies, he was always supportive. They respected each other's professions and gave ample room to make decisions. A lot of controversies stirred when Sharmila donned a bikini for An Evening In Paris while they both were dating. But, Nawab did not interfere in her decision. She took on many glamorous roles after marriage and Nawab always stood by her side.

Sharmila and Nawab have been a very impulsive couple who challenged a lot of major conventions together. They broke the rules, fell in love, and proved their love to the world. 42 years of togetherness, and one big beautiful family is what defines the marriage of these two. Although, Tiger Pataudi has passed away, his family is carrying forward his legacy with pride.