When two people from different communities and cultures come together, become friends and then fall in love, nothing but history is created. While he is a typical Punjabi munda, she is a pretty Maharastrian mulgi. Yet, they have proven to the world that there has been no communication breakdown between them as they speak the language of love.

They have completed five years of their togetherness. Mohit Malik and Addite Shirwaikar are cherishing the marital bliss by loving, fighting, cajoling, and taking care of each other. They show us how love leads a happy life.

Varun Kapoor Stays With His Wife Only For 15 Days In A Month As On Rest Of The Days, She Is.. 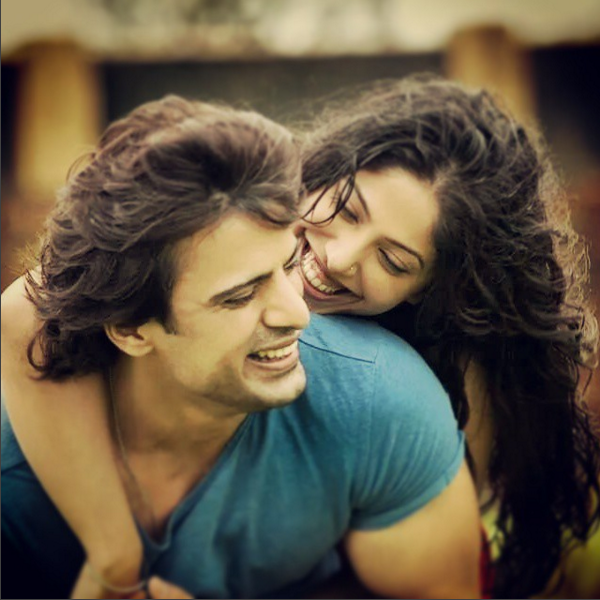 The seed of love was implanted around a decade back, as they started their relationship as friends when they met for the first time on the sets of Banoo Main Teri Dulhann. There was initial liking between the two and it was mutual. However, it was Mohit who took the lead to speak his heart out and asked her for marriage. Known for his pranks, he left her in a confused state of mind. 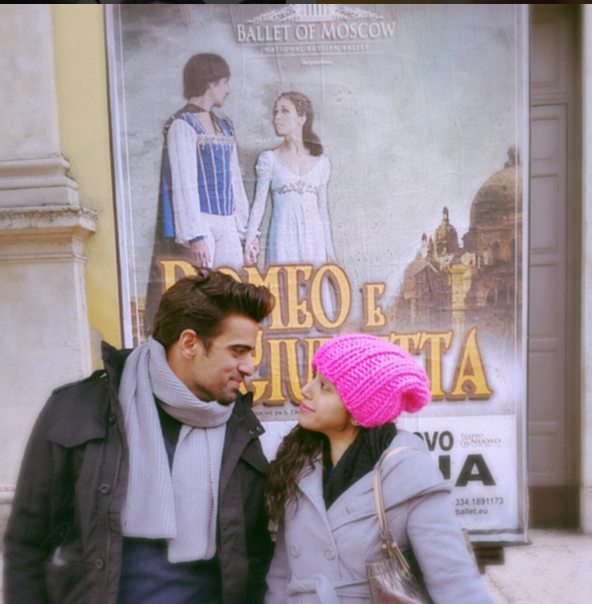 Contemplating over the proposal, Addite recollects:

“It was April 1 (All Fools’ Day), and knowing the guy that he is, I thought I should wait for a day to let the thought sink in. He asked me the same question the following day. That is when I was confirmed that is was a serious question. I said ‘yes’, of course!” 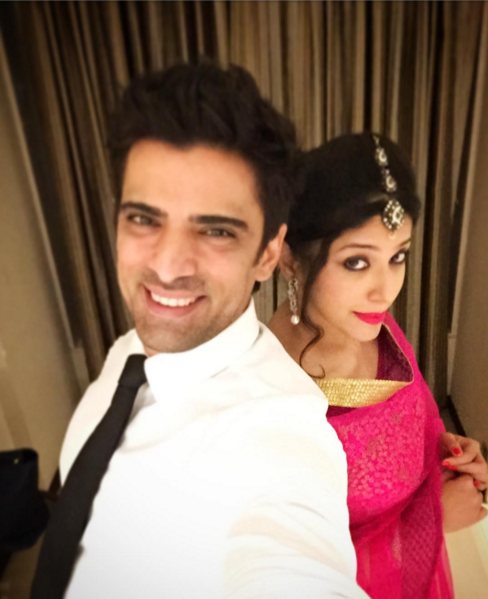 Also Read: 10 Things About Relationships That Couples Can Only Learn After Their Wedding 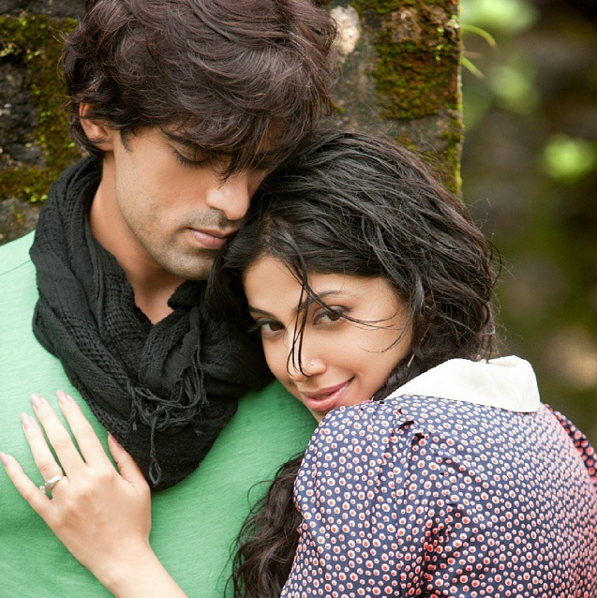 Often cultural differences make a huge impact on the relationship, and the dissimilar rituals and practices cause tiffs between the couple. But here in this case, it has always been a welcome change. A very understanding Mohit, made the transition easy for Addite. He also believes love can overpower anything, including cultural diversity and this is what they experienced. Moreover, Addite was mentally prepared, as she confesses:

“I always wished to get married to a Punjabi. Hence, it was not much of an adaptation issue really.”

Must Read: This Kickass Bride And Groom Performed Amazing Metal Music For Their Guests At The Wedding! 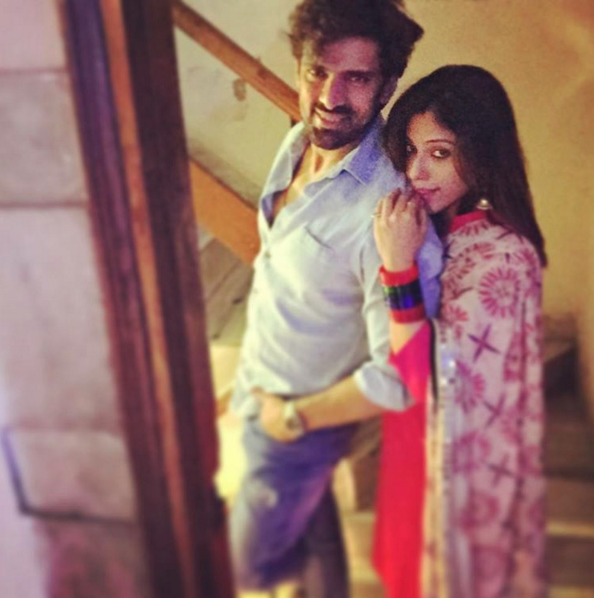 Agreeing with her unison, Mohit too shares his bit of the story:

“I can’t speak Marathi, but understand it really well. She cannot bitch about me in her language and get away with it (beams). I will learn how to speak it soon. I am a great fan of Maharashtrian delicacies like Puranpoli. I find her family very simple and love that about them.” 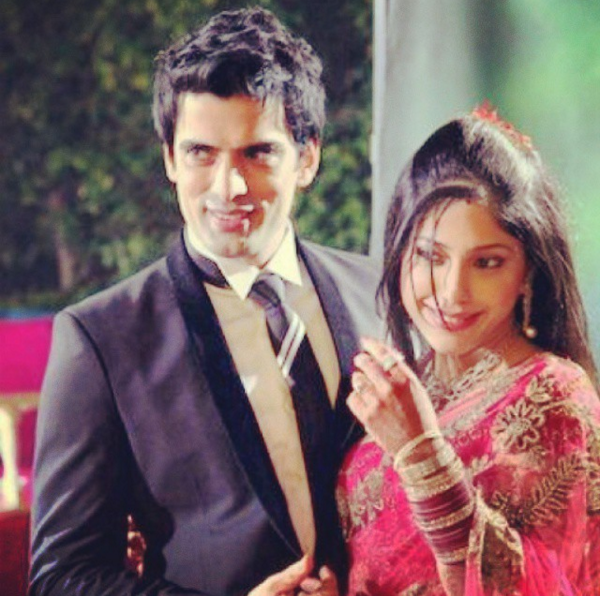 When in love, every minute is special in itself. However, one cannot disregard the fact there are a few, which are epic ones. Mohit and Addite have a few such moments which make them time-travel whenever those cross their minds.

Check out these 6 Surprising Facts Why You Are Gaining Weight One such event was on the wedding day, when Mohit reached the venue at 9.30pm, whereas the ceremony was slated for 7.30 pm. Naturally it left everyone anxious as well jittery, including the organisers who queried whether to wait or pack up. 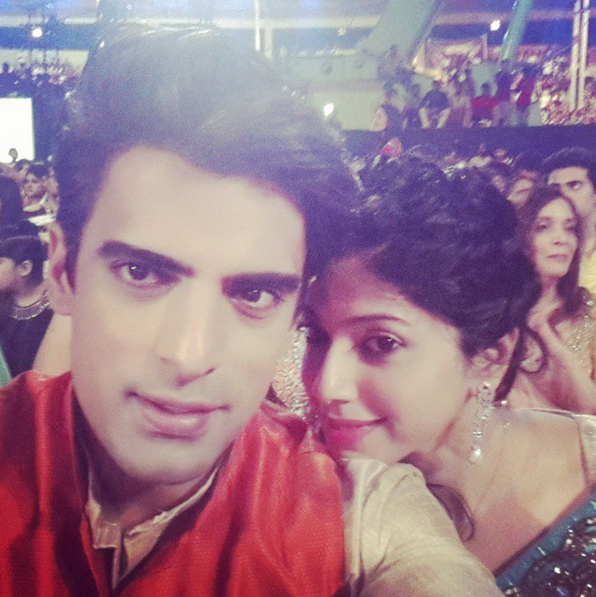 However, he made up for it later by preparing a speech for her in Marathi on their anniversary. Though, she could not decipher much of it, but was moved by his sweet gesture.

Also Read: 12 Reasons How Dating A Girl From A Different Culture Will Change You As A Person 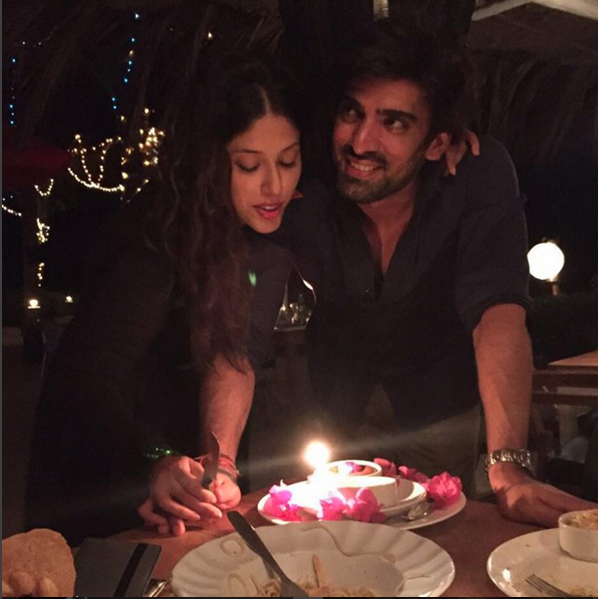 On December 1, 2015, the couple completed their fifth wedding anniversary. Mohit arranged a cosy candlelight dinner on the beach for Addite and a lavish spread of Goan cuisine (her favourite) was on the table. 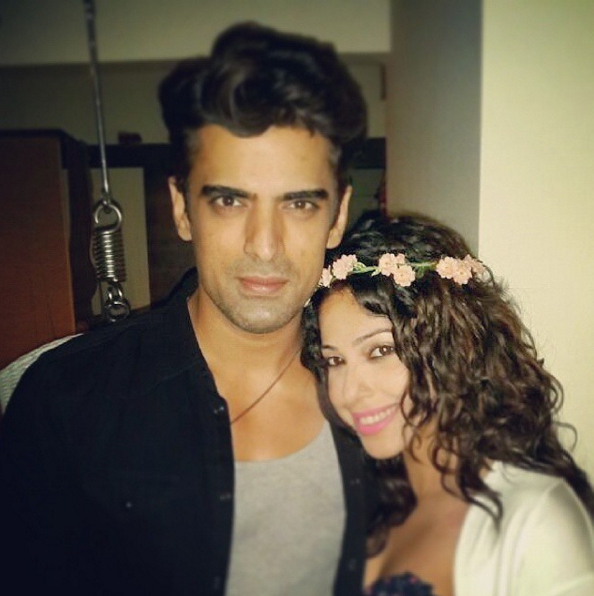 Diamonds are girls’ best friend and taking cue from it, he gifted her a sparkling solitaire.

Recommended Read: 7 Footwear Styles All Grooms Can Rock At Their Wedding Ceremonies 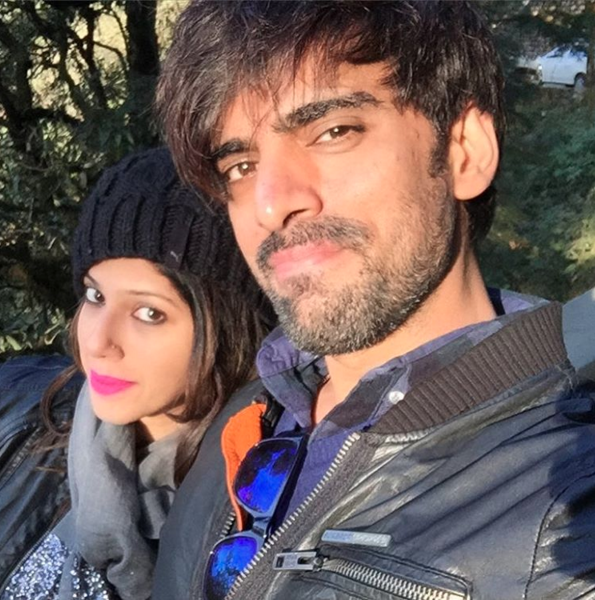 Every couple goes through certain tests of life, which make them even stronger as a team. For Mohit and Addite it came in the form of Jhalak Dikhhla Jaa Reloaded. Mohit used to be a complete non-dancer and had more of a stiff body with almost no flexibility of a dancer. But, the churn of JDJ transformed him to be one of the most happening dancers on the show, who not just earned rave reviews for his extremely attractive body and looks besides his killer grooves, but also the immunity ball from the judges. 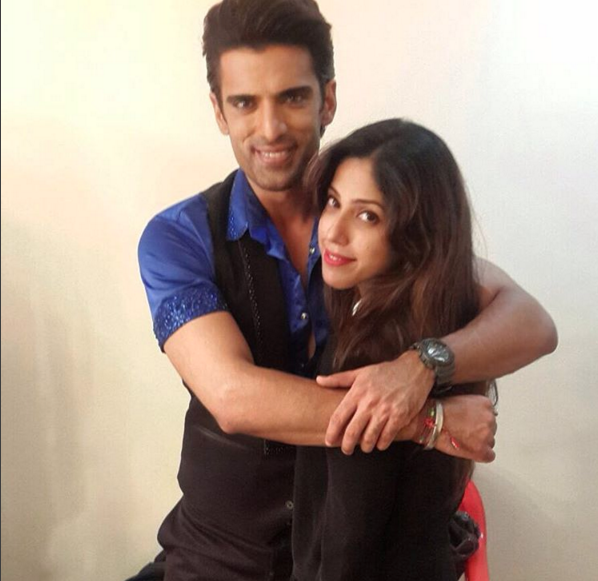 The path was not easy, as he had to adjust to three different choreographers and adapted to their styles in the show. It left his family and pals, especially Addite very proud, who was spotted cheering him in every single episode. “From being a non-dancer to making it up there with Faisal Khan, Sanaya Irani and Shamita Shetty was something we would never have dreamt of. Jhalak has made him a more positive person, a better human being now.” 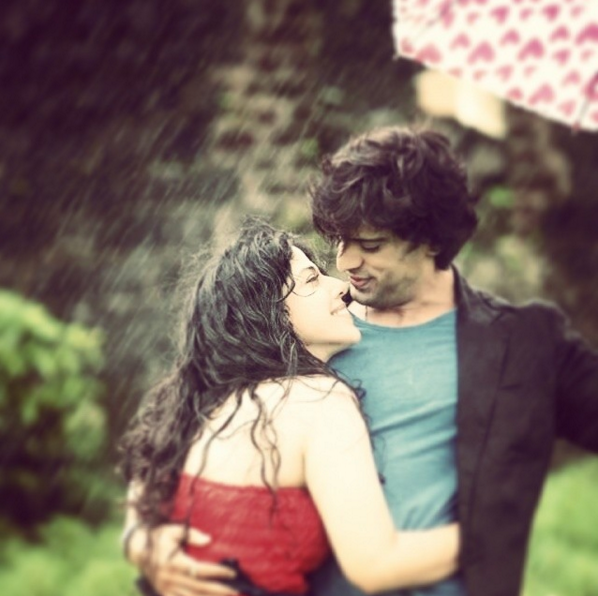 Time is a great life and personality changer. As it passes by, it takes away sorrow and joy, hatred and love without being partial about either of them. Only the stern believers and followers of the concept of “permanency” can withstand the hit of time and Mohit and Addite have proven themselves in this category. 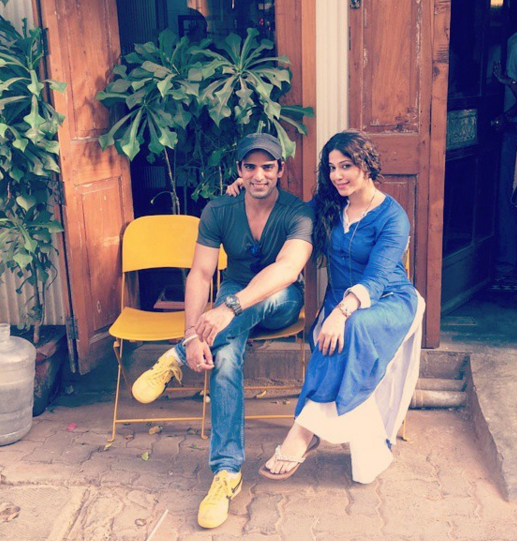 Mohit testifies in his own words:

“The best part about Addite is that she has not changed a bit. She is still the same girl whom I met nine years ago.” 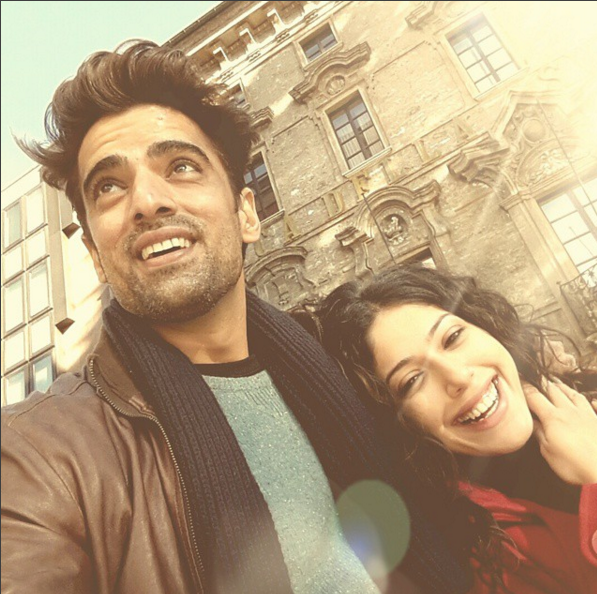 Recommended Read: 5 Bollywood Stars Who Eloped To Get Married

They have been a great example of the saying that love lasts forever, if you rear it with passion, understanding and care. We wish this time-tested couple a lifetime of love and togetherness.

Varun Kapoor Stays With His Wife Only For 15 Days In A Month As On Rest Of The Days, She Is..