Dulquer Salmaan and Amal Sufiya are a match made in heaven. Their love story is not less than any fairytale and the two has been giving major marriage goals to the millenials.

Mollywood’s heartthrob, Dulquer Salmaan’s chocolate boy looks has not only garnered him an extensive fan following in south but is also a favourite in Bollywood industry when he made his Bollywood debut with Karwaan in 2018. Dulquer, who is the son of Mollywood megastar, Mammootty has managed to get a huge fan following with his debut film, Second Show released in 2012. (Also Read: 8 Indian TV Celeb Couples Who Are Rumoured To Be Dating In Real Life)

The Bangalore Days actor has been tagged as the undisputed youth icon. Dulquer has always considered him to be a blessed actor and has no ego about his stardom. Dulquer, who is known for his robust voice has proved to be an amazing actor just like his father. His charms can make any girl go weak in her knees. With complete conviction, he can play any character. Whether it is a lovable guy next door or a kickass goon, he has done justice to all.

Dulquer Salman Turned Into A Princess For Baby Girl, Maryam, Flaunts His Painted Nails And Tattoo 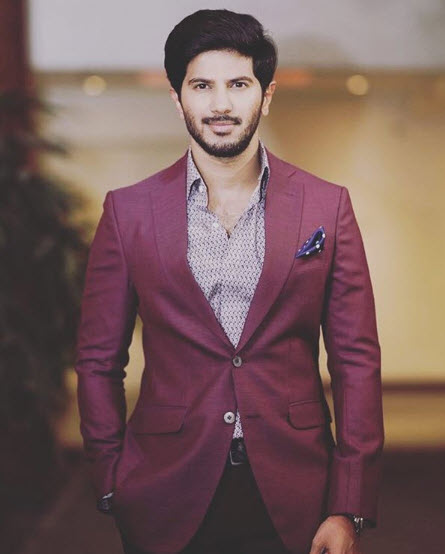 A Match Made In Heaven And Fixed By Parents

The handsome hunk, Dulquer got married before entering the film industry. Dulquer had an arranged marriage to an architect, Amal Sufia, who hails from North India on December 22, 2011, in Chennai. Amal is also an expert in interior designing. The Charlie actor had always stated how lucky he considered himself to be married to the most beautiful girl. Dulquer also confesses of never falling for anyone before meeting Amal. 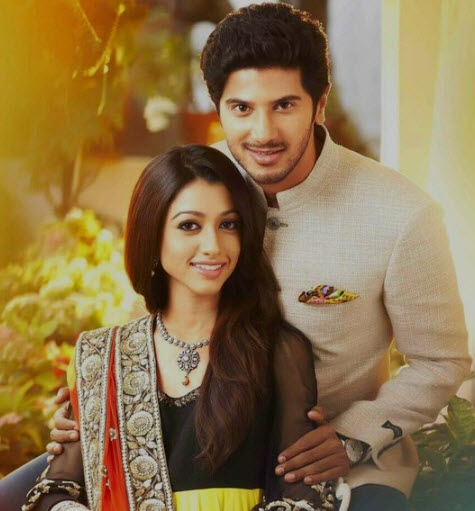 Dulquer’s marriage was fixed by his parents and according to reports, his mother, Sulfath gave the final approval for Amaal Sufiya after meeting her at few social gatherings. Talking about Dulquer marrying early, his superstar father, Mammootty said that marriage at an early stage brings more stability in one’s life. The megastar also spoke that Dulquer was married early because he wanted to get into films and only with marriage will he be able to focus on his career. (Also Read: 25 Bollywood Reel To Real Life Couples Who Later Parted Ways And Broke Up) 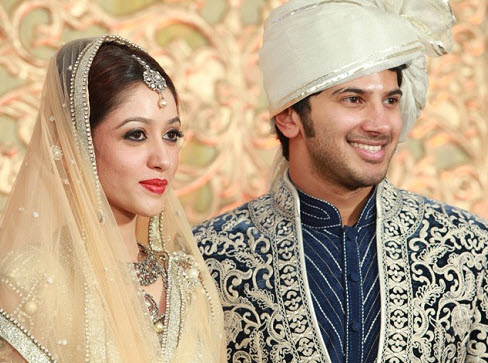 Dulquer always thanked his father for making him understand the importance of a family. He considers his father to be his biggest inspiration not only in acting but in professional life too.  Dulquer’s father, Mammootty feels that like his own married life, Dulquer too has learnt that family is a priority. According to the Mammootty, Dulquer gave his consent for marriage when his parents spoke to him. Mammootty feels that marriage has helped him to take his acting career more seriously. It has given him stability. 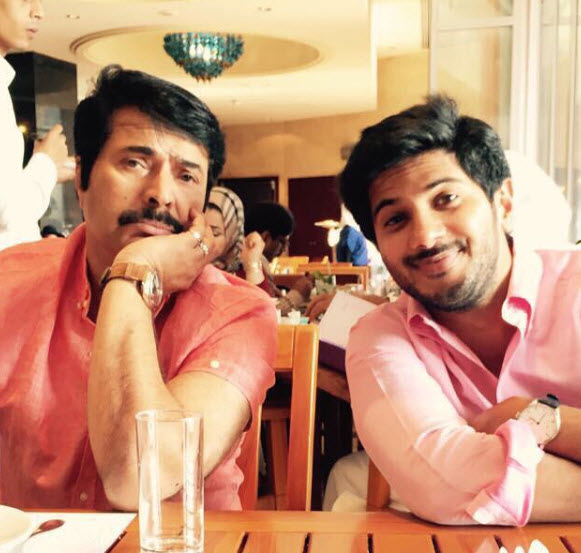 Dulquer, who made a bang with his first movie was in news more for getting married at such an early stage. Dulquer followed the footsteps of his father while marrying at the early stages of his life. Dulquer, who is every woman’s dream considers his wife as his lucky charm. In an interview with a leading publication sometime back, he spoke about the relationship he shares with his wife and had said, "I consider Amaal as one of his biggest pillars of strength." 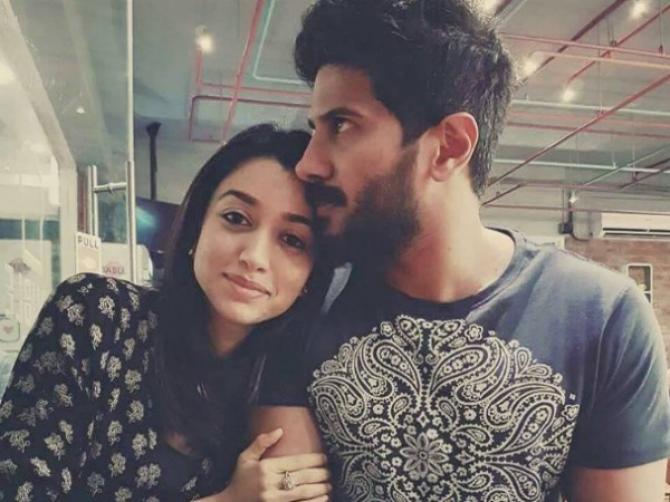 Dulquer has always considered his wife as his best friend and feels that he is the luckiest man to get such a beautiful wife. She, according to him has not only managed his house well but also has been a doting mother to his daughter, Maryam. In 2016, on their 5th wedding anniversary, Dulquer had shared an adorable picture of his wife Amal and had written

How you married a cartoon like me I'll never know! But thanks, baby ! Happy Anniversary !! 5 years flew by like 5 blinks! I'm so sorry I'm not home this year. I promise to make it up to you when I get back. 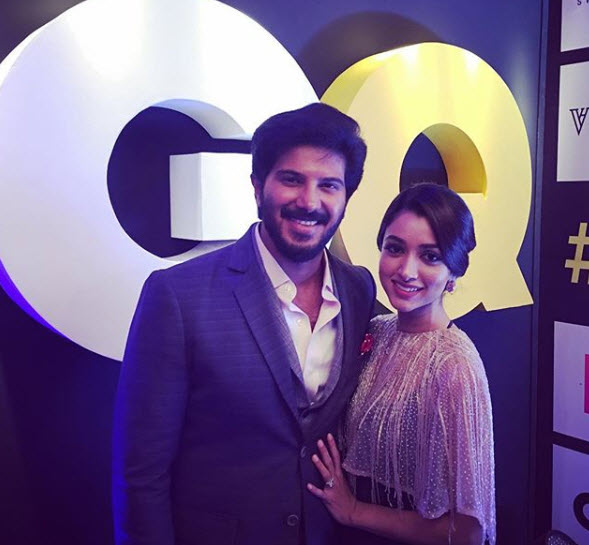 On September 5, 2018, Dulquer had wished his wife in the most romantic way. He had taken to his Instagram handle and had posted a picture of the two with an adorable love letter where he had remembered their journey from college sweethearts to now parents of a beautiful girl, Maryaam. His letter could be read as

I know this is a day late but still! Wishing my dearest Am the happiest of birthdays! It's a big birthday this year and I love seeing how much you've grown since we first met. From fresh college grad to a young wife to a new mother. You sacrificed and endured so much to give me the biggest gift of my life. And no matter what, I can never do half of what you do on a daily basis from when we knew we were having M. You inspire me to become better and are the voice in my head even if I'm a lost boy who doesn't want to grow up. But no matter how lost or juvenile I am, there's no one I'd rather grow old with than you Amaal Salmaan. You're the love of my life and the mother of my child. I love how that sounds and say it in my head everytime we have a fight! Ok, this is turning into some open love letter. Happy birthday, baby!! (sic) Welcoming Their Angel, Maryam: From A Loving Husband To A Doting Father

Dulquer and Amal became proud parents and welcomed their little princess, Maryam Ameerah Salmaan on April 5, 2017. Dulquer, who lovingly addresses his daughter as ‘M’ had taken to Instagram to announce the arrival of his little princess. Dulquer is a very protective father and makes sure to keep his little bundle of joy away from media glares. Dulquer keeps on updating details of little Maryam and her outings but always makes sure to protect her from paparazzi. (Also Read: Lovebirds Prince And Yuvika Prove That Couples Who Meet On Reality Shows Can Also Last Long) 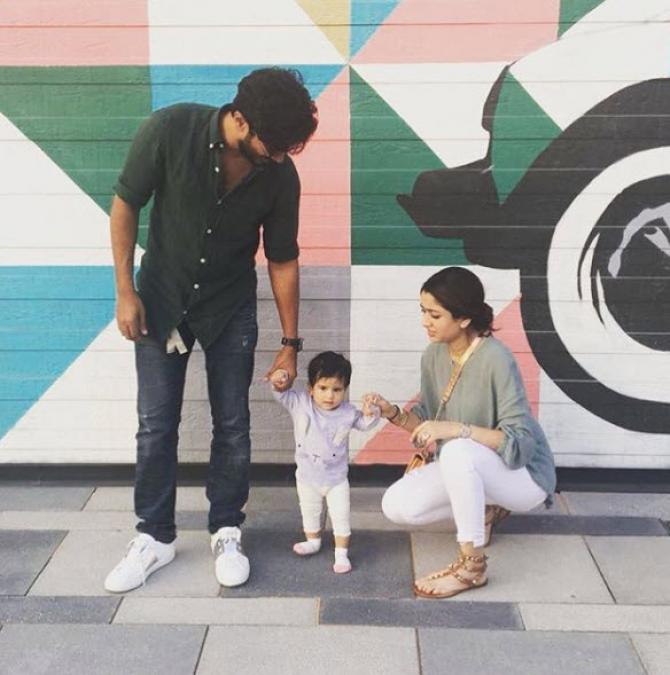 On the arrival of his little angel, Dulquer couldn’t control his emotions and had taken to his Instagram handle and had shared his happiness with an adorable message which could be read as, "For all the immense love all of you shower upon us. For all the undying support you give us. For always rooting for us to do our best. Every release, every event, every news of ours lives you all share in our joy. In return I can only return our happiness, joy and gratitude. Today is unforgettable in more ways than one. My life just changed forever. We've been blessed with a drop of heaven. At long last my biggest dream came true. I got my princess. Amu got a mini version of herself." 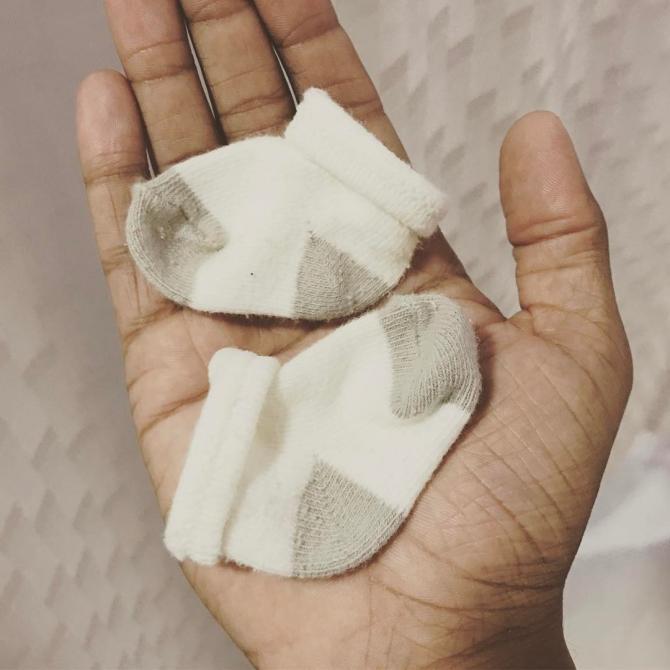 There is no doubt to the fact that Dulquer is a family man just like his father, Mamooty. For him, his family is the priority and everything else takes a backseat. From being an understanding husband to a doting daddy, Dulquer is everything that a girl wishes in her perfect man. Dulquer keeps on updating pictures and videos from his daughter’s playtime and his fans go awww with the drool-worthy picture of little Maryam.

On Father’s Day, Dulquer had made his fans teary-eyed with an emotional post. He had taken to his Instagram handle and had shared a beautiful picture of himself holding his daughter, Maryam close to him and had written, "Being wished on Father's Day is a blessing I can't explain in words. The day you were born I felt I was born again. Forevermore this will be you and me. No matter how much you grow up or where you go you'll always be my baby girl. You bring us more joy than we ever imagined possible. Love like we never knew existed. And everyday it only grows with you. Pic credit to your doting mumma." 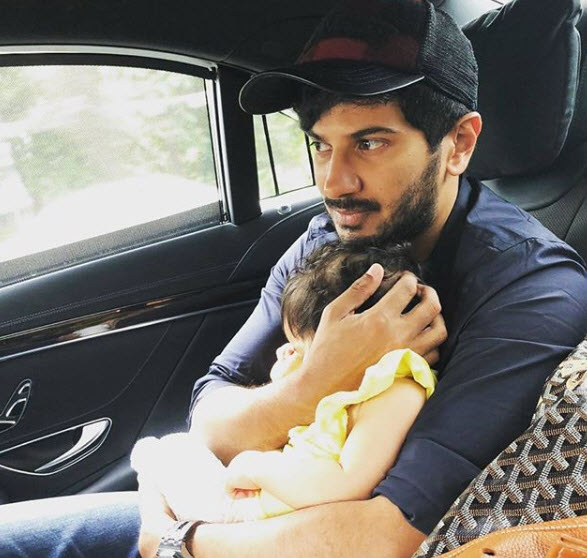 Well, we love the way Dulquer has balanced his professional as well as personal life. There is no doubt that he is the most adorable husband and a doting daddy too. He and his wife, Amal have been giving major relationship goals to the millennials with their oh-so-lovely bond. We wish Dulquer all the luck in his marital life and best wishes for his future endeavours.

Dulquer Salman Turned Into A Princess For Baby Girl, Maryam, Flaunts His Painted Nails And Tattoo