Ali Zafar made our hearts skip a beat as soon as we saw him in Tere Bin Laden and later he made us swoon over his singing skills as well. With his singing, acting, dancing and crafts with various instruments, Ali Zafar qualifies as the perfect choice for every director.

Recommended Read: Sacred Rituals Of An Indian Muslim Wedding Are So Much Fun; List Of Pre And Post Wedding Functions 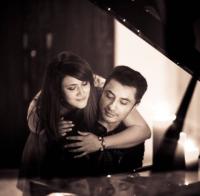 While every girl was crushing on this Pakistani actor/singer, Ali was happily spending quality time with his wife, Ayesha Fazli. Yes, this broken many hearts, but we are sure that the adorable love story of Ali and Ayesha will mend your spirit and make you fall in love with both of them. 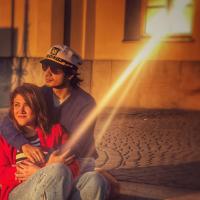 Ali Zafar is one talented lad and no one can dare to deny that. Other than his impeccable acting and soulful singing, this man sketches as well. Ali was barely 8 years old when he sketched his first comic book. By the time he was a teenager, he was making a decent profit from his art. He used to work as a sketch artist in the lobby of a hotel and it is where he met Ayesha for the first time. Yes, they met in a hotel lobby! Cliché! 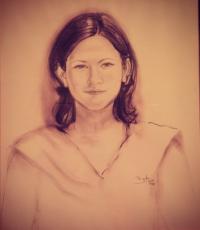 "Oct 2000 this girl came to get her portrait made from me at a hotel lobby where I used to sit to draw. Guess who is she now?"

Ali was smitten by Ayesha the moment he met her and there has been no looking back for this beautiful couple ever since.

Meeting with the parents 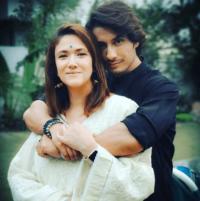 After a long courtship, Ali and Ayesha decided to introduce each other to their respective parents and there are no points for guessing that they were welcomed with warm hugs into each other's family. The interesting thing about Ali's meeting with Ayesha's parents is that they had never heard of Ali despite his huge fan following in Pakistan. 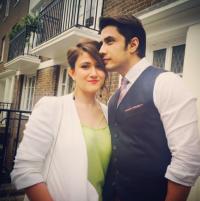 It was a good thing for Ali that Ayesha's parents are fond of art, as that helped Ali to win their hearts. Throwing light on his first meeting with Ayesha's parents, Ali gushed:

"I was very lucky that my father-in-law was a big fan of music and movies. Actually, his dad used to make movies. Jab unse mila and he found out that I can sing, he was overjoyed. In fact, kya hua ki they didn't know that we were dating. So unhone kaha ki chalo gaana-vaana karte hai, doston ko bulate hain. Unhone mera gaane suna hi nahi tha usse pehle. Toh ho sakta tha ki main bahut bura singer hota and woh sab log aa jaate. But that night I sang on a little keyboard and people were sitting till 4 am and all his friends enjoyed a lot. And then I remember charming her mother by making a big lifesize portrait of her. I still have that. They're wonderful people." 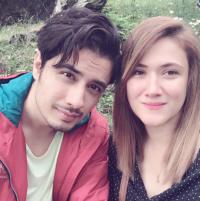 It is a lesser known fact that Ali and Ayesha were once abducted! After enjoying their romantic dinner on a Saturday night in 2008, the couple was kidnapped on their way back to home. Though the couple was released once their families paid a hefty ransom of Rs. 2.5 million, the identities of the kidnappers remain unknown till date (Source).

After a long courtship which started in their teen years, Ali and Ayesha finally said "qubool hai" to each other on July 28, 2009 in Lahore, Pakistan. Their wedding was a lavish affair and both looked absolutely gorgeous on their D-day. For the reception, Ali wore a dashing black tuxedo while Ayesha looked amazing in her silver and pink attire. Just look at their photo and you wouldn't want to take your eyes off them.

Ali and Ayesha said the wedding vows in 2009, and in 2010 they were blessed with the cutest baby boy whom they named Azaan Zafar. Five years later, in 2015, their family was completed with the birth of their daughter, Alyza.

Both the kids take from their good-looking parents and are pampered by everyone in their family.

Also Read: When Facebook's CEO Got A Like From His Daughter: Love Story Of Mark And Priscilla 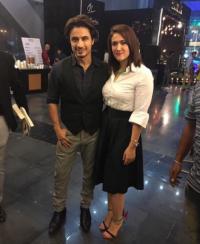 Ali and Ayesha are head over heels in love with each other and the glow on their faces is a proof of that. Ayesha loves to help her husband out in maintaining a work-life balance, while Ali makes sure that he is a doting father to her kids and a loving husband to his wife. 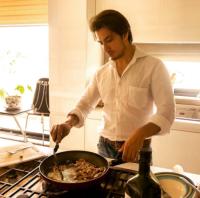 Ayesha posted this picture on her Instagram page, and captioned it:

"My husband the chef. Nothing beats a man who can cook. one of his many talents"

Ali has a strict no-kissing clause. He is committed to his wife and never agrees to do an intimate scene. For the movie, London, Paris, New York, a body double was used to create the kissing scene. For Ali, his family is the most important thing in the world. 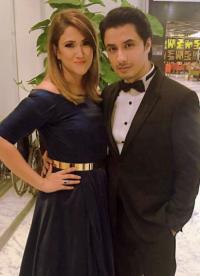 Not everyone gets to marry their teenage crush but, those who do can vouch how wonderful it is to grow-up with a person who becomes your life partner. Ali and Ayesha are amongst the lucky few who found true love early in their lives which grows deeper every day.