We found a video of baby Tara on her official IG handle, wherein, she can be seen trying her new tricycle. Scroll down to check it out!

Nothing makes parents happy than watching their kids touch new milestones in their life. And all the newbie parents are blissfully enjoying this phase of parenthood as their kids grow up into wonderful adults in the blink of an eye! One of such loving new parents is television couple, Jay Bhanushali and Mahhi Vij, who keep sharing little sneak-peeks of their little daughter, Tara's precious moments! (Recommended Read: Ankita Konwar Shares Her Thoughts On Repeating Her Outfits, Posts A Cute Pic With Hubby Milind Soman)

Just to make your Monday a little better and cheerful, here's a picture of little Tara, all dressed up in a suit, which we had found some days ago! And we promise, just like us, even you would not be able to stop gushing over it. Baby girl, Tara had rocked the desi-princess vibes in a white suit with pink flowers on it. A pink bow-shaped headband on her head had acted as the cherry on the cake. A few moments ago, we found a video of baby Tara on her official IG handle, wherein, she can be seen trying her new tricycle, while her dad, Jay Bhanushali can be seen standing beside her, busy on his phone. Dressed in a pink ensemble, with a big bow-shaped headband, Tara looked cute as a button. Check out the adorable video below:

On October 4, 2020, Mahhi Vij revealed in a long note that she had shown symptoms of COVID-19, but by god's grace, she tested negative. Her note can be read as "I recently got myself a COVID test done due to slight flu symptoms, and even though I tested negative I had to spend an entire day and night without my baby Tara, which was the hardest time I have ever gone through! I couldn't hold her in my arms and nor could I feed or bathe her like I usually do, so I was tutoring Jay and my mom on how to do the same, but it just felt incomplete without me personally taking care of her needs." 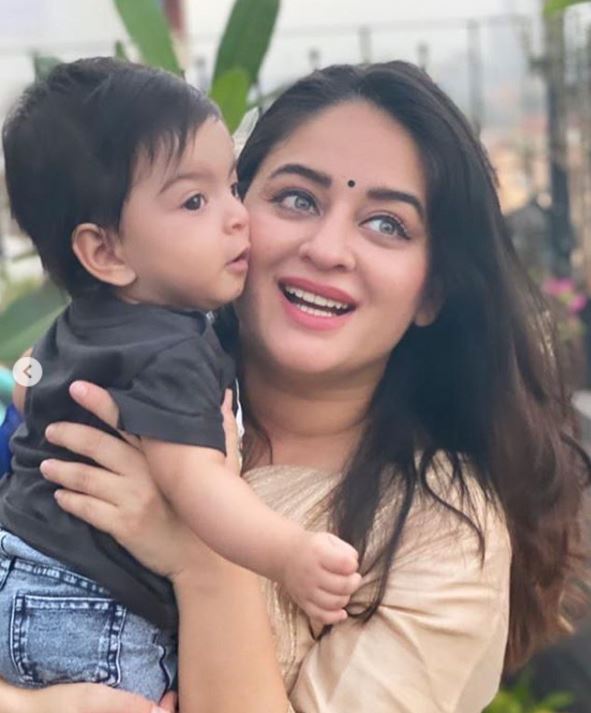 Expressing her agony of being away from her daughter for 24 hours, Mahhi further wrote, "Somehow Tara was also awake the whole of last night calling out to me, but I couldn't go to her for her own health concern. It was difficult being away from my child for that period of time and it made me realize how days like these are ones where we should be around our children at all times, so that is what I am going to be doing from now on! I may seem like an overly protective mother, but Tara's entry into my life has brought in love, light and so much more that there is not a second I can ever do without her! #DontHaveCovid #HappyToBeCovidNegative." (Also Read: Ravi Dubey Wishes His 'Bhabhi', Charu Mehta On Her Wedding Anniversary And It's Pure 'Family Goals') 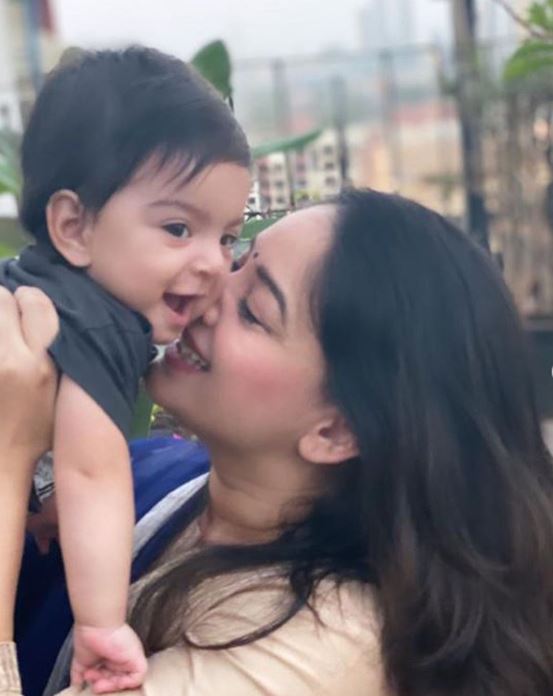 On her post, her doting husband, Jay Bhanushali commented, "First time I would be happy to see someone's report...you negative automatically makes me negative. Bach gaya..till last night I was scared but this morning after your result nawazudin dialouge came in my thoughts "mauth ko chu ke sattt se wapas ahh gaya" Televison actress, Ankita Bhargava also expressed her concerns and commented, "I can relate to this Mahhi! Love and luck and happiness to you both!" 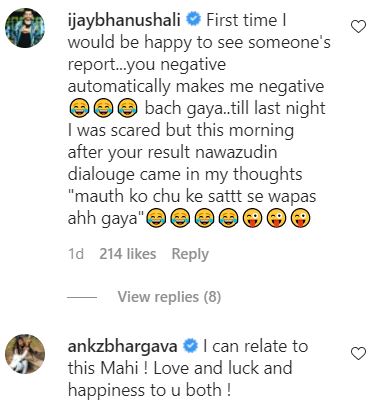 Some days ago, in an interview with the Hindustan Times, Mahhi Vij had talked about the possibilities of her daughter, Tara Jay Bhanushali becoming an actress and working in Bollywood. She had said, "I come from a middle class, non-film background but had my father been in the industry, and it would have helped. If Tara (her daughter) joins the industry tomorrow, she would be at an advantage. But then everything depends on the audiences' acceptance. There are many star kids who are sitting at home. If having an advantage was enough, the industry would only have star kids." (Don't Miss: Twinkle Khanna And Aarav's Cook-Off Makes Him A Clear Winner As He Bakes A Cake And She Makes Coffee)