Lisa Ray Revealed The Reason Why She Kept Her Cancer Relapse A Secret From Hubby, Jason Dehni

Lisa Ray Revealed The Reason Why She Kept Her Cancer Relapse A Secret From Hubby, Jason Dehni

Cancer survivor, Lisa Ray talked about her decision of hiding the news of her cancer relapse from husband, Jason Dehni. Find out! We have already lost a lot of people to this dangerous disease, cancer over the decades. While some had given cancer a tough time, some had lost to it sadly. But there’s always a ton of things to learn from a cancer survivor because they’ve experienced something that a normal person will never be able to do. That one-on-one fight with death is something scary but also inspirational at the same time. To understand it better, let’s talk about the popular model-turned-actress and cancer survivor, Lisa Ray. (Recommended Read: Debina Bonnerjee In A Throwback Interview Reveals That She Swore To Never Work With Hubby, Gurmeet)

The actress was hitting new heights in her modelling career and was running high on success when one report damaged it all in split seconds. In 2009, Lisa Ray was diagnosed with a type of cancer named, multiple myeloma and it was the most depressing time of her life. In her recently-aired interview, the model revealed a huge secret about that phase of her life, as she opened up about her decision of hiding the news of cancer relapse from her hubby, Jason Dehni. 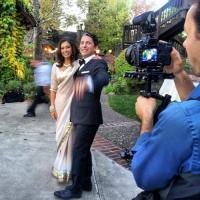 Recently, another episode of Kareena Kapoor Khan’s popular radio show, What Women Want had aired and the inspirational guest was none other than cancer survivor, Lisa Ray. The actress recalled the first time she came to know about the dangerous disease and why she didn’t tell about it to her husband. She said, “I relapsed once. This is something that I have not spoken about extensively. It happened just a month after getting married. That was a really difficult time. I was hiding that secret from my husband. I thought I just have to get through the shaadi and then I will figure out what to do. So, that was a real low, because the first time I was dealing with cancer, I was single.” (Don’t Miss: Sunny Leone's Husband, Daniel Weber Promises A Romantic Date On Their 9th Wedding Anniversary) Going further in the interview, Lisa explained that she didn't want to keep her hubby in dark and feel helpless. She explained, “I had this beautiful man who had just become my husband and consented to get married to this woman with this fatal disease, and the first piece of news that I had to share with him was, ‘Baby, thanks for marrying me. By the way, I probably have to go back on treatment.” No wonder, it was a hard time for the actress but all credit goes to her courage, family’s support, and her hubby, Jason Dehni for supporting her at every single moment. 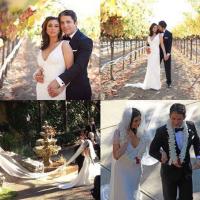 Well, both Lisa and Jason had welcomed their twin daughters, Sufi and Soleil, on June 22, 2018. Since then, their respective Instagram handles are hijacked by the adorable pictures of their little munchkins. In an interview with Bombay Times, Lisa had spoken about embracing parenthood for the first time, “At the moment, my life is full of cascading emotions, attempting to coordinate feeding, napping and play schedules while juggling work, self-care, travel and time with friends, family and my hubby. My life has been full of crazy adventures, but right now, I’m experiencing a new level of anarchy and love. I can’t wait to bring our daughters to our home in Mumbai." 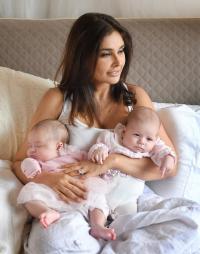 In the same interview, she went on to talk about the hard part of being a parent for the first time. She had revealed, “I wanted to share our struggles and triumph. Having been open about my cancer journey and receiving so much unconditional support, sharing this moment of happiness feels right. Hopefully, our story can give hope to others who are struggling to have kids. Life throws you both challenges and miracles, and I’m unspeakably grateful for my miracle daughters.” (Also Read: Kangana Ranaut Is Working Out With Her Cute Nephew, Prithvi Raj During Quarantine, Video Inside) Thank you, Lisa Ray, for inspiring us all with your courage! 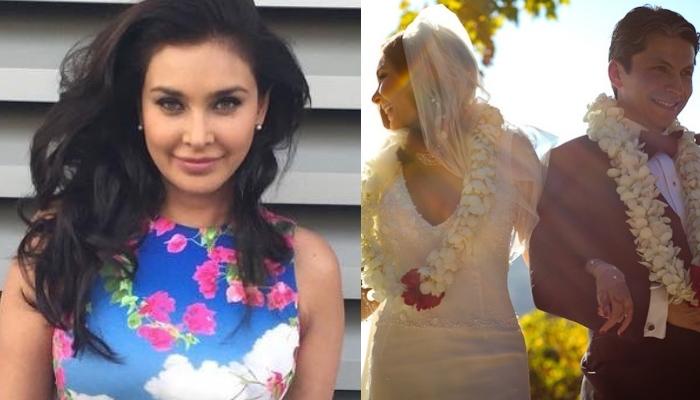 Every girl dreams of becoming a bride, since the day, she understands that girls have to leave their paternal home in order to make their own home. However, over the years, weddings have become a reason to get famous by creating trends and couples have forgotten to enjoy the big day.