Bollywood actress, Esha Deol Takhtani shared an adorable throwback picture in which she twinned with her mother, Hema Malini in a chic style. Check out!

Five decades and the 'Dream Girl' of Bollywood, Hema Malini’s charm and enduring beauty continue to cease hearts. A superstar, who had given superhit blockbuster movies, won hearts with her smooth dance moves, and then became an equally commanding politician, is a woman of grace in all ways. But to her daughter, Esha Deol Takhtani and Ahana Deol Vohra, Hema is simply their doting mother. To her grandchildren, Radhya, Miraya, Darian, Astraia and Adea, she is a beloved granny, who showers them with love and gifts.

Now, the loving daughters, Esha Deol has surprised her millions of fans by sharing an unseen picture with her mother in a chic avatar. For the unversed, Esha Deol had tied the knot with the love of her life, Bharat Takhtani, on June 29, 2012, in a low-key ceremony at the ISKCON temple in Mumbai. The much-in-love couple is blessed with two beautiful daughters, Miraya and Radhya.

A few hours ago, Esha Deol Takhtani took to her IG handle and posted an unseen glimpse with her mom, Hema Malini from their turkey vacation in 2010. The mother-daughter duo is seen posing in style amidst the hills in the picture. Clad in a cool ‘bickerchic’ avatar, both of them looked stunning. Esha also revealed in the caption that it was she, who had dressed her mother in that way. Hema Malini is seen donning a full-sleeved printed T-shirt paired with a black-hued scarf and denim jeans. She kept her tresses open and wore black sunnies. On the other hand, Esha looked equally dashing in a similar outfit layered with a black-hued leather jacket and boots. Alongside the pictures, Esha penned:

“Throwback to Turkey 2010 with my mum @dreamgirlhemamalini. Made her dress #bickerchic as well.” 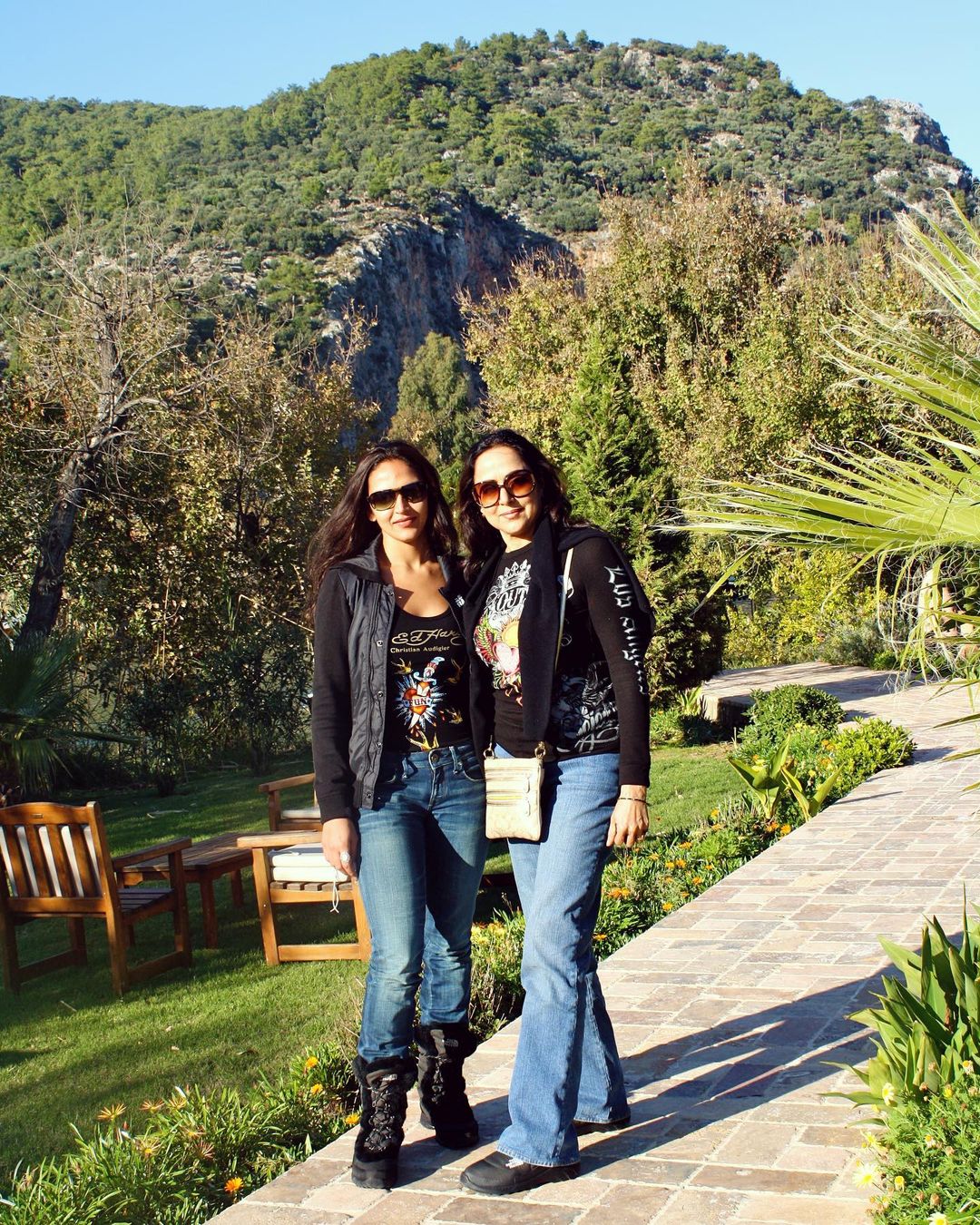 Esha Deol is very close to her parents, Hema Malini and Dharmendra. She never misses a chance to make her parents feel special. May 2, 2022, had marked the 42nd wedding anniversary of the evergreen couple, and wishes were pouring from all across the globe. On the big day, Hema and Dharmendra's daughter, Esha Deol had also shared a beautiful anniversary wish for her loving parents. She had taken to her IG handle and had posted a beautiful portrait of her superstar parents, and had penned a sweet wish. Esha’s caption could be read as:

Earlier, in an interview with the Etimes, Esha Deol was asked about the woman she had looked up to in her life. Answering this, Esha had mentioned that the one woman whom she had looked up to while growing up was none other than the ‘Dream Girl’ of Indian cinema, Hema Malini. The doting daughter had also praised her mother and had added that Hema Malini has always given her cues not only in life but also in her acting profession. Esha had stated:

"The one-woman I look up with immense respect and admiration is my mother Hema Malini. She is also one of the most powerful women in our country. Many young women look up to and take cues from her. The way in which she conducts herself, no matter what profession she takes up, is just so dignified, graceful and strong at the same time." 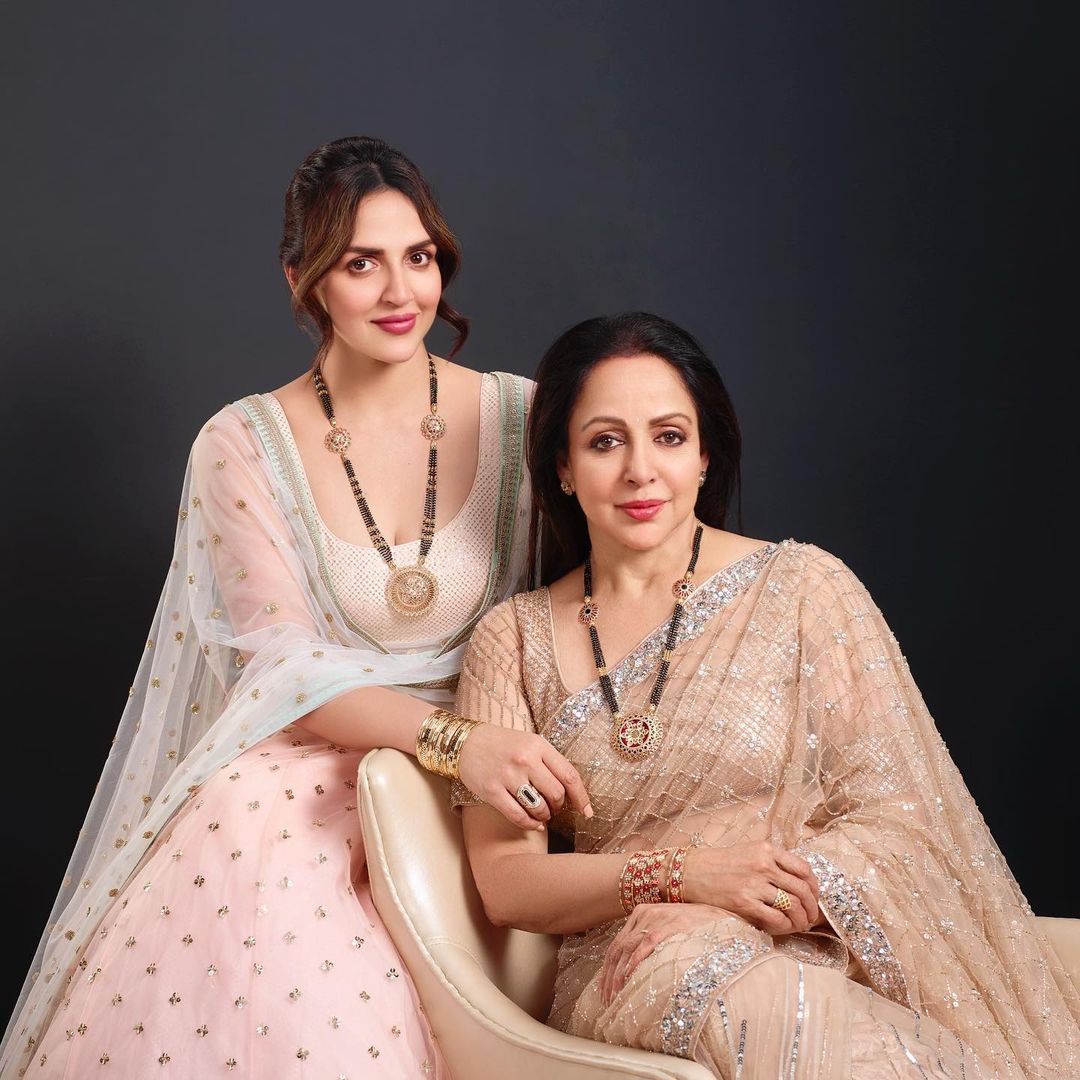 We cannot stop drooling over Esha and Hema’s chic look. What about you?