Meghana Raj Sarja is a doting mommy to Rayaan. She took to her IG handle and shared an adorable video of her son, calling his late father, Chiranjeevi Sarja. Check it out!

South Indian megastar, Chiranjeevi Sarja was everyone's favourite. However, his untimely death had shooked his fans and family members. Late Chiranjeevi's wife, actress, Meghana is an active social media user and every now and then she treats her fans with adorable pictures and videos of her son.

Late Chiranjeevi's wife, Meghana had embraced motherhood by welcoming their first child on October 22, 2020, whom she has lovingly named, Rayaan. Unfortunately, for those who don't know, Chiranjeevi Sarja had passed away 5 months before his son could see the light of this world. He had suffered from a massive cardiac arrest.

Also Read: Jasmin Bhasin Pens A Heartfelt Note For Her Beau, Aly Goni On His Birthday, Calls Him Her 'Miracle' 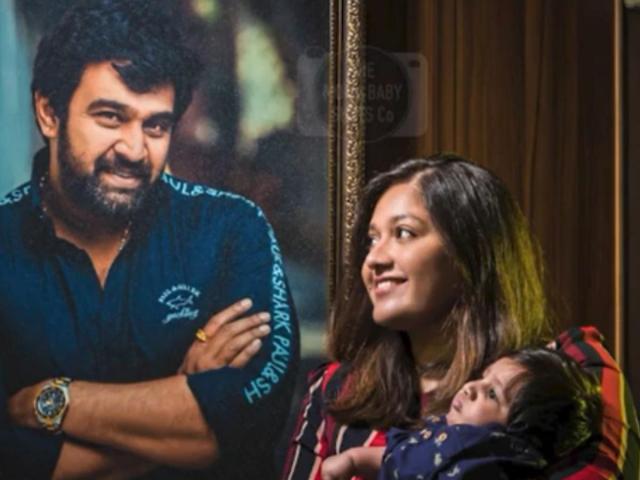 A few hours ago, Meghana Raj Sarja took to her Instagram handle and shared an adorable video with her son, Rayaan. In the video, he can be seen calling his late father, 'papa', 'dada', 'appa' in the cutest way. Sharing the Reel, the doting mother wrote in the caption:

On October 22, 2021, Rayaan, had turned one year old, and the mother couldn't stop smothering her 'prince' with kisses and hugs and had lauded him with heaps of love. She had taken to her IG handle and had shared a few pictures with her son. And, in the photos, the mother-son duo could be seen in coordinated night suits posing with each other. Sharing the photos, she had penned a heartfelt birthday note for her son. Meghana had written:

"Our baby…. Our world… our universe… our EVERYTHING! CHIRU… our lil prince is ONE YEAR OLD! I will squish him till he says ‘amma stop!’ And continue squishing him till he turns red wid embarrassment! Will smother him wid kisses til he rolls his eyes and says, ‘amma!’ And will continue smothering him witb more kisses! I love u my baby child… ur growing up so so fast!! I wish we cld just lay cuddled in each others arms for all eternity! HAPPY BIRTHDAY RAAYAN! Appa and amma love you!"

Chiranjeevi Sarja had passed away on June 7, 2020. After a month of his demise, Meghana had penned an emotional note remembering him. She had taken to her IG handle and had shared a picture of her late husband from the remembrance ceremony and had written:

“My Dearest Chiru .... Chiru is a CELEBRATION... has always been, is and will always be... I know u wouldn’t have liked it any other way! Chiru, the reason i smile... what he has given me is most precious... MY FAMILY.. the JUST US... together we will always be for all eternity baby ma and each day will be just the way u like it! Filled with Love, laughter, pranks, honesty and most importantly Togetherness. WE LOVE YOU BABY MA!” 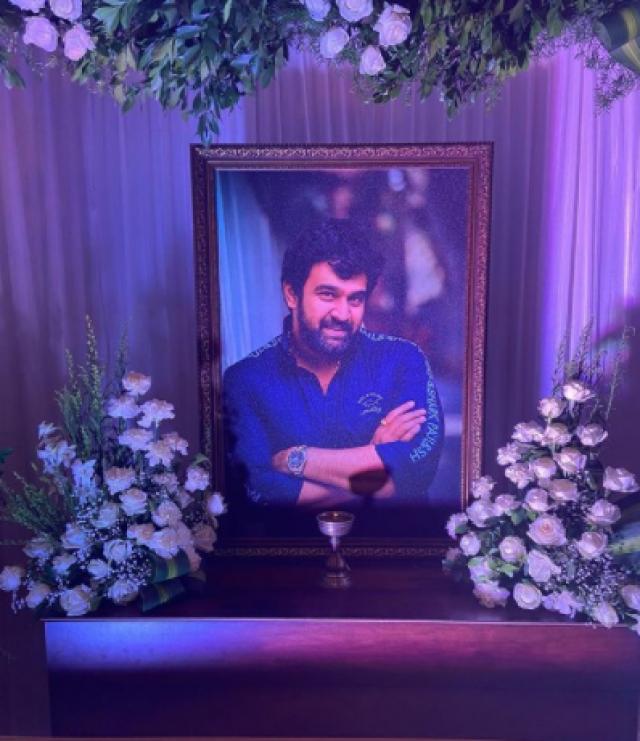 Isn't the video too cute? What do you think? One of the most beloved South Indian actors, late Chiranjeevi Sarja, was admired by millions of people across the nation for his grounded and lovely nature in real-life. The actor had acted in 22 films since 2009 and has earned tons of accolades and plaudits to his name. But unfortunately,