Has 'Kundali Bhagya' actress, Shraddha Arya called it off with her 'Nach Baliye 9' beau, Alam Makkar after dating him for 8-9 months? Here's what Alam has to say about the reports. 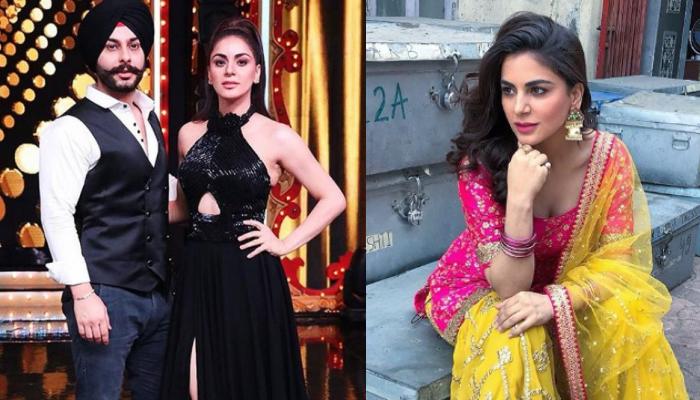 Television and Bollywood always rival each other in terms of glamour and talent. On one side, where we have a long list of talented actors, television industry also has tons of talented and stunning stars with them. One such talented and beautiful actress is our beloved Shraddha Arya. The actress impressed us all with her tremendous acting in popular shows like Main Lakshmi Tere Aangan Ki, Tumhari Paakhi, and Dream Girl. Not just television shows but Shraddha has also been a part of two Bollywood movies, Nishabd and Paathshaala. However, she’s also extremely popular for her character ‘Dr. Preeta Arora’ in Zee TV’s famous show Kundali Bhagya. (Recommended Read: Amitabh Bachchan Shares An Unseen Picture Of Abhishek Bachchan Minutes After His Birth)

While she’s going strong in her acting career, Sharradha’s personal life has always been a contrast to her professional life. Back in 2015, the actress got engaged to an NRI in a private ceremony with only close friends and family in attendance. But, after some months when everyone was planning to hear something from their side about their marriage, the news broke out that the two have decided to part their ways mutually. However, it was Shraddha herself who had revealed that the talks of their break-up are real while being on the show, JuzzBaatt hosted by the famous actor, Rajeev Khandelwal. She had revealed, “I had got engaged to a guy through an arranged marriage set up but it didn’t seem to materialise. Though we gave our 100 per cent to the relationship, we eventually decided to part ways.” 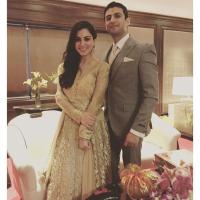 Well, now similar rumours are again surfacing on the internet about Shraddha’s break-up with her beau, Alam Makkar. The two had made their relationship official last year when both of them participated in the dance reality show, Nach Baliye 9. Both Shraddha and Alam got engaged too on the show and in various interviews, both of them had revealed that they’re dating each other for 8-9 months. Now, according to a report from Bollywood Life, a close source to the couple has revealed that both of them have decided to end their relationship mutually. The source revealed, “They didn't feel to take the relationship ahead. They just split a month or two ago and everything happened sans drama.” However, when Bollywood Life contact him to confirm the rumours, this is how he reacted. He said, “It’s just a rumour. Nothing like that has happened.” (Don't Miss: Anushka Sharma Praises Hubby, Virat Kohli And Men In Blue After India Beats New Zealand) 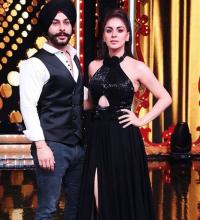 Although Alam had denied the reports, we are still waiting to wait to hear what Shraddha wants to say about these rumours. If she is going to confirm these rumours then without a shadow of a doubt, it is sad news for her fans. Because a lot of people were rooting to hear something regarding the couple’s marriage and this news has come like a shocker for them. Since the news has broken out on the internet, a lot of fans are talking about the engagement of Shraddha and Alam that happened on the sets of Nach Baliye 9. Well, Shraddha had already clarified last year in an interview that, the engagement was just a small part of the segment. However, everyone knew the fact that the two were in love with each other and were thinking about leading their relationship to marriage. 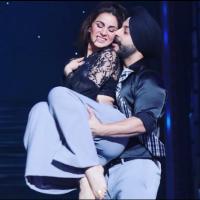 In the past, Shraddha Arya had opened up about her relationship on national television. Talking about the same in an interview with The Indian Express, the Kumkum Bhagya actress had stated, “When I was first offered the show three months back, I outrightly rejected it. Never in my remotest thoughts did I plan this. But when they did not give up on me, I asked myself what was stopping me from doing the show? I was getting to learn different dance forms on such a big platform. I wondered why it is a taboo to talk about who you are dating publicly. It is so natural. I wanted to break that taboo that celebs have to keep their love life under wraps. I don’t know how the relationship will shape up in the future but I am in a happy phase right now. And I have no qualms in sharing that with the world.” Well, we have to wait for an official statement from Shraddha Arya about these heated reports before finalising a conclusion. (Also Read: Trishala Dutt Posts A Gorgeous Picture, Step-Mom, Maanyata Dutt Showers Her With A Compliment)

Guys, do you like Shraddha and Alam’s jodi? Keep us posted!