'Rockstar' fame, Kumud Mishra had convinced his parents for his inter-religious marriage with his ladylove, Ayesha Raza, in just 2-3 hours with a hilarious but impactful statement. Details inside!

It is often stated that if you're a great actor, you don't need hours to engrave your mark in a film; instead, all you need is one dialogue to drop the audience's jaws on the floor. Over the decades, we have seen tons of actors with this excellence in their traits in Indian cinema. Right from the legendary generation of Dilip Kumar, Nargis, Dev Anand, Meena Kumari and iconic actors like Amitabh Bachchan, Irrfan Khan, Shah Rukh Khan, to the golden generation of Raj Kummar Rao, Nawazuddin Siddiqui, Ayushmann Khurrana, and many more, we are simply blessed to witness all these tremendous talents in our lifetime.

One such exceptional actor, who fits right in this list is the modern generation's favourite, Khatana Bhai (Rockstar), a.k.a., Kumud Mishra. The actor had starred in films like Filmistaan, Airlift, M.S. Dhoni: The Untold Story, Jolly LLB 2, Mulk, Article 15, Thappad, and many others. 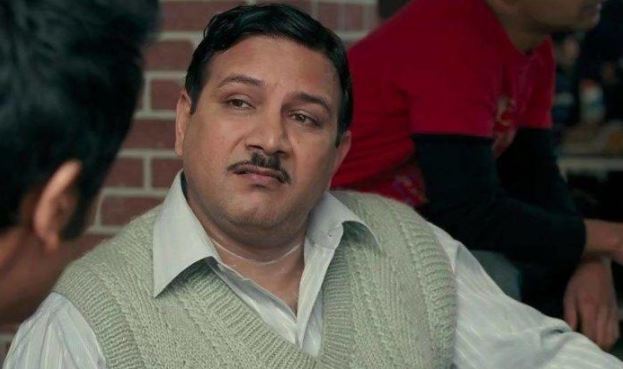 There's no denying that Kumud Mishra is an incredible actor as his art of using pauses while delivering dialogues is fantastic and is why he has become that much-needed ingredient in every Bollywood movie. Besides his professional career, it is his love story and marriage with his wife and popular actress, Ayesha Raza, for which he is admired and loved by everyone. The inter-religious marriage of Kumud ji and Ayesha ji is one of the most beautiful celebrity real-life love stories of all-time.

Once in an interview with the DNA, Kumud Mishra was asked about his decision of marrying Ayesha ji and the constant accusations of 'love jihad' on their marriage. He had said, "Forget this term love-jihad. Love itself is a jihad of sorts. Once your hearts meet, that is not the end. It is the beginning of a series of adjustments to each other." Kumud Mishra had fallen in love with Ayesha Raza during his late 30s and had proposed to her for marriage at 40, which tells everything about their Bollywood-esque love story. The actress was already head-over-heels in love with Kumud and had said 'yes' to his proposal. After which, the duo had faced the daunting task of informing their parents about their choice to get married. While on one side, Ayesha's family had seen a lot of inter-religious marriage, that is why her choice to follow the same path wasn't a big surprise for her family. On the other side, there was complete silence in Kumud's house, as his mother had refused his idea of inter-faith marriage, and his father had remained silent. But it was Kumud's hilarious statement, hearing which his parents had agreed to his and Ayesha's marriage within two hours of their discussion. The actor had played his age card and had said to his parents that he's already 40 and if they're not going to accept his girlfriend, Ayesha, then the dream of seeing him getting marriage looks quite impossible as no girl will marry a 40 plus person for sure. He had said, “Meri maa ko maine kaha toh meri maa ne saaf mana kardia. Pitaji ne thoda doubt dikhaya, aur toh maine kaha theek hai toh phir intezaar karte hai, Jab tak mujhe sahi ladki nahi miljati intazaar karenge hum. Toh mere hisaab se 2-3 ghante baad maa ne ha boldia.” After getting approval from his parents, Kumud and Ayesha had gotten married on February 9, 2008. Kumud's parents were impressed by Ayesha's knowledge about Hindu customs and rituals during their wedding ceremonies, which had developed a place for Ayesha in their hearts.

(Don't Miss: When Shakti Kapoor Made Shraddha Kapoor Proud By Quitting Alcohol While Being On 'Bigg Boss') 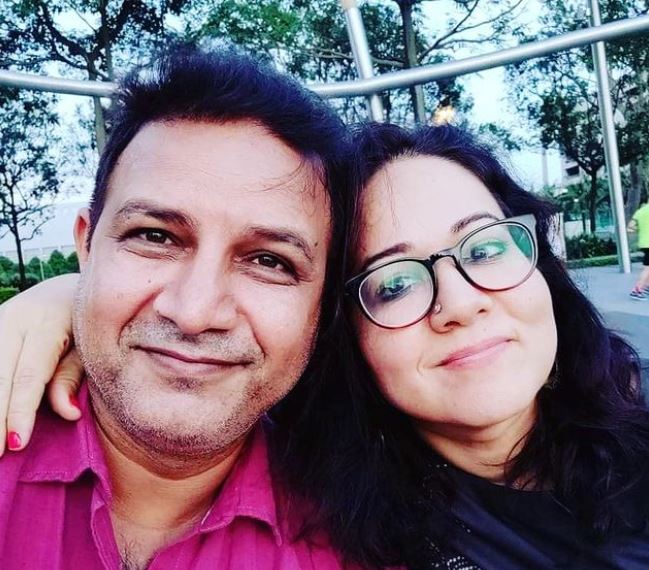 Once in a joint-interview with the DNA, Ayesha Raza had praised her mother-in-law for respecting her son, Kumud Mishra's feelings and accepting their relationship and helping her to adjust in their family. Ayesha had said, "When she realised Kumud's heart was set, she did the unthinkable. You have to understand that this was a traditional woman, who has never stepped out of her house and can't even read or write." Going further in her interview, Ayesha had also praised her son, Kabir, for respecting his dadi's values and faith as he never relishes non-vegetarian delicacies while she's around. She had said, "We haven't taught him this, but he knows that this is something he can only ask his naani. Though his daadi too is now okay with allowing him to have boiled eggs occasionally." 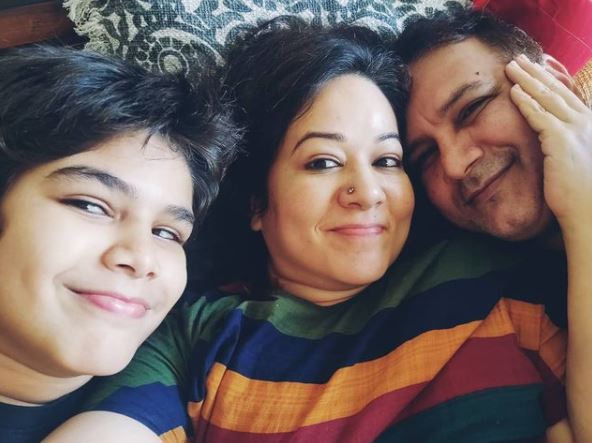 After Ayesha Raza's heartfelt revelations about her married life in a Hindu family and her bond with her mother-in-law, it was her husband, Kumud Mishra, who had accepted that his inter-religious marriage had helped him understand the insights of sensitivity. He had said, "You know you crack a joke on religious stereotypes or wear a T-shirt, which says something nasty and have a good laugh. While this may not make you a bigot right away, it is better to be sensitive to the fact that someone's nose begins where your finger ends." No doubt Kumud ji and Ayesha ji are a match made-in-heaven and together, they have broken a lot of myths about getting married after 40s, inter-faith marriage, having that teenage love spark even after marriage, and many others with their concrete camaraderie.

(Also Read: When Jackie Shroff Received An Award On Stage Holding His Sleeping Son, Tiger Shroff In His Arms)