Remember how we all dreamed off meeting our favourite heroes in real life when we were kids? And while our this dream never got true, Krushna Abhishek's twins got their wish come true. 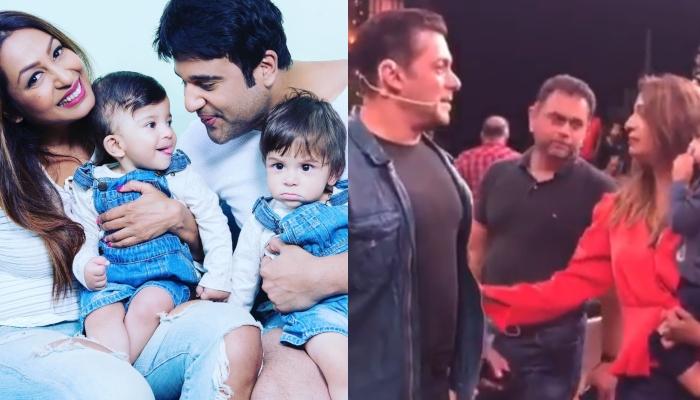 Bollywood superstar, Salman Khan has been ruling the film industry for many decades! And while we totally love his every film, it is the kids that get attracted to his every song to every new release. And after the fame of Bajrangi Bhaijaan, the actor turned into every kid's favourite hero. But, the biggest fans of Salman Khan are comedian, Krushna Abhishek's two-year-old twins. (Recommend Read: Deepika Singh Goyal's 2-Year-Old Son, Soham Asks Fans To Watch His Mother's Show, 'Kavach 2')

Before we take you further into the story, let us take a recap of how Krunsha and his wife, Kashmera Shah were blessed with God's miracle in a pair. And in an interview, Krushna had gone on record to confirm that it was Salman Khan, who knew about his twins before anyone else in the industry got a hint. The couple opted for surrogacy after 14 failed attempts at pregnancy.

And judging by the bond, Krushna and Kashmera shares with Salman, it is obvious for their kids to gaga over Salman. Recently, Kashmera took her twins, Krishaang and Rayaan to meet their favourite star. Yes, when Salman made a special appearance on the sets of Kapil Sharma's comedy show, The Kapil Sharma Show, Kashmera took her kids especially to meet him. She also shared a video of their meeting on her Instagram handle, and wrote, "Finally my kids met my favourite @beingsalmankhan Thank you for this video guys love you all. My kids have been dancing to Swag Se Karenge Swaagat and now Slow Motion song and they recognised the one and only #salmankhan. Thank you for so much love and adulation and all the best for #bharat @krushna30 @rishaabchauhaan @raginikhanna @mbdythefilm @boofilmz."  Take a look at the video below:

Well, Kashmera and Krushna are doting parents, who put their kids before themselves. In a 2018 interview, Kashmera for the first time had opened up about embracing motherhood, and had shared, "We had our baby boys 11 months ago. We couldn't stop beaming with joy when we had them. Being a mother is a completely different feeling and my life has changed completely. Plus I have a new found respect for mothers." (Also Read: Arjun Kapoor Draws A Surprising Comparison Between Taimur Ali Khan And His Marriage Speculations)

She had further added, "It's a great feeling. It's probably the first time that my house is a complete mess and I am completely fine with it. In fact, I have fallen over toy cars at home so many times. All I get to hear in the mornings are loud screams of my babies. It's such chaos but a new joy of life.” 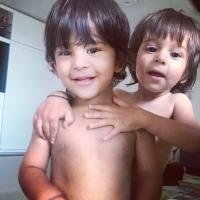 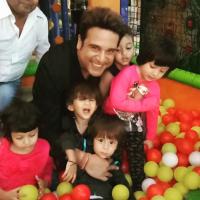 In the same interview, Kashmera had shared how Krushna is taking on the role of a father, and had stated "Krushna as a father is really good. Earlier, we used to be really paranoid about everything related to the kids right from their food to their breathing pattern. Krushna makes sure of playing hide and seek every morning with the boys. He is well updated with the happenings of the kids and every minute detail. He asks me how their day was and what all did the kids do in his absence. Krushna and I are still in the learning phase of parenthood." (Don't Miss: Hina Khan And Rocky Jaiswal's Cosy Pictures And Videos Straight From Their Milan Trip, Check Inside)

Well, we cannot wait to see the episode! What about you? 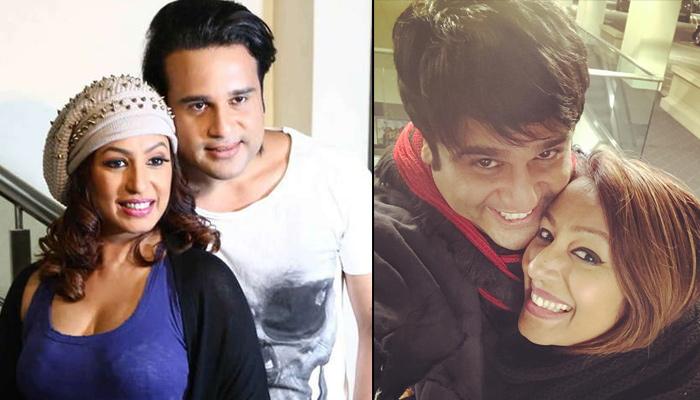 One love story which started with a one-night stand and ended up in marriage. With their own roller coaster journey of love, Kashmera Shah and Krushna Abhishek make us believe in the power of love. After dating for nine years, they tied the knot secretly in Las Vegas in June