Famous B-town diva, Nupur Sanon and Kriti Sanon have a "sisters before misters" kind of a relationship. Checkout as the two enjoy their first-ever 'sisterly trip' together!

“Sisters before misters”- heard this phrase ever? To make it easy for the ones who don’t know, it is a slang used between female friends and/or sisters as a reminder that their relationship is more important than their respective male partners. Those late night gossips on your bed, the act of stealing clothes from each other’s wardrobe, the top-secrets you both share about your boyfriend or exes, and what not, a relationship between sisters is like no other in this whole wide world! Agree, right? Such is the chord between celebrity sister duo, Kriti Sanon and her baby sister, Nupur Sanon.

Quite often these two have come in front of the camera to talk about each other and the kind of relationship that they share. From revealing their dating scoops to sharing what kind of men they are looking forward to as their life partners, Kriti and Nupur had bared their hearts, many a time. Sometimes we are so locked up with the professional commitments that we hardly get time to relive our childhood moments with our first best friend- our sister. (Also Read: Sonam Kapoor Ahuja Reveals Who Is Her Lucky Mascot At The Special Screening Of 'The Zoya Factor') 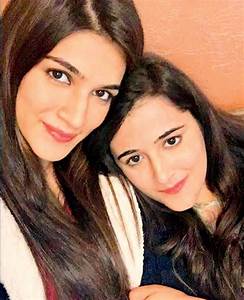 Kicking aside those barriers, Kriti and Nupur are currently on their ‘us’ time, or should we say, sisterly vacay spree! Well, yesterday, on September 17, 2019, Kriti took to her official Instagram handle and shared a couple of pretty pictures with her baby sister, Nupur from their Canada vacation. Along with the same, she wrote, “Our first just-us kinda trip together!! @nupursanon #SistaTrip #girlsjustwannahavefun.” Take a look at the pictures right here:

In a 2016 interview with a leading online portal, Kriti had talked about her last fight with Nupur and was quoted as saying, “We don’t beat each other now like in childhood. We’ve grown out of that. But we do argue a lot. We’re more like friends. We go out for lunch, dinner and movies. Otherwise, we enjoy playing Ludo at home when we have time.” (Checkout: Chhavi Mittal Talking About Time Management For Newbie Mommies Is Something That Everyone Can Relate) 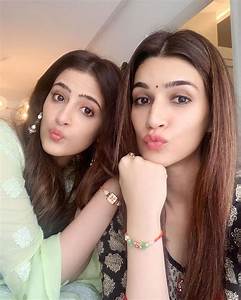 In another interview with the Hindustan Times lately, on the similar question, Nupur had remarked, “I went into my room because I was in that zone when I wanted peace and did not want anyone around. This woman (Kriti) followed me into the room and she was standing on top of my head.” Instantly, Kriti had chipped in to say, “Something happened and she snapped (enacts a slap) and my instant reaction was (enacts another slap).” 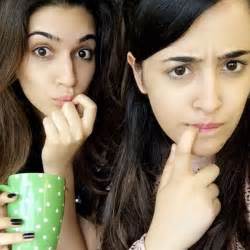 During the course of the interaction to tease Kriti, Nupur had gone on to reveal that the former takes one hour in the washroom. To this, Kriti had elaborated and retorted, “I check my messages, WhatsApp, Insta.. I reply to all my messages, all on the pot.” (Also Check: Katrina Kaif Reacts On Rumours Of Her And Ranbir Kapoor Shooting Separately For The Latest Ad) 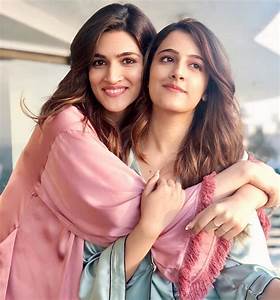 Meanwhile, on the work front, Kriti was last seen in Luka Chuppi and will be seen next in Ashutosh Gowariker's upcoming movie, Panipat, which also stars, Arjun Kapoor. While Nupur bout acting and singing is just her hobby, the lady is all set to step into Bollywood anytime soon. 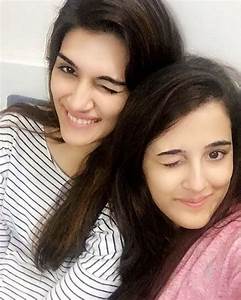 Kriti and Nupur motivated us to pack our bags with our sisters and head out for a fun-filled vacay. Raise your hands if you too feel so!

Kriti Sanon Grooving With Her Sister And Budding Actress, Nupur At A Wedding, Its Pure Sister Goals 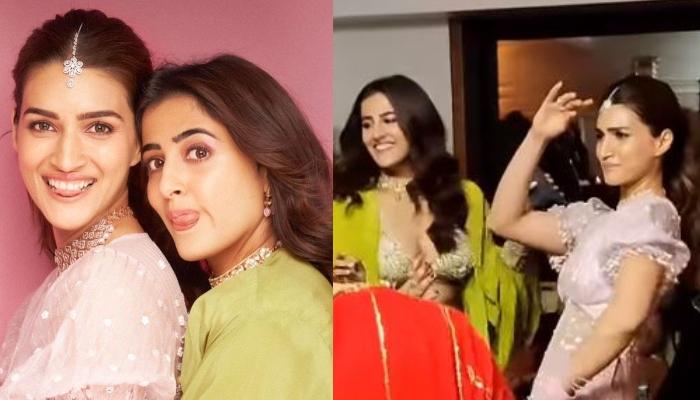 Bollywood actress, Kriti Sanon has already shown her stellar acting in numerous films such as Heropanti, Raabta, Dilwale, Mimi and many more. Apart from her acting, she is also loved for her sartorial fashion choices, humble nature and cute smile. Recently, one video surfaced on social media wherein we can see the actress grooving