Television actress, Kishwer Merchantt and her singer-husband, Suyyash Rai, are ready to welcome their first baby, as they shared pictures of the decorated nursery on their social media handles.

Television actress, Kishwer Merchantt and her husband, Suyyash Rai, will embrace parenthood for the first time in August 2021. The expectant mother, Kishwer, is surely going through many mental and physical changes, but the actress is beating them with a bright smile and excitement.

For instance, on August 14, 2021, Kishwer Merchantt had taken to her Instagram Reels and dropped a cutesy video in which she could be seen dancing to the tunes of hit chartbuster, Akhiyan Da Surma. The actress looked gorgeous in her red and white floral-printed kaftan. Along with the video, Kishwer had written, this kaftan and this song #reelitfeelit #iloveyousomuch #sukishkababy" in the caption.

On August 15, 2021, Kishwer Merchantt took to her Instagram stories and shared some breathtaking glimpses of her first baby's nursery that also featured her husband, Suyyash Rai and their pooch, Batuk Nath Rai. Talking about Kishwer and Suyyash's first baby's room, then it is coloured in earthy tones for a pleasant and soothing vibe for the newborn. We also found a beautiful macrame tapestry on the wall adjacent to the nursery. However, the best thing about the whole decoration is the rattan and fairy lights that simply makes the whole place a dreamy one for any kid in the world. We also spotted Kishwer's pooch checking on a baby doll placed inside the nursery. 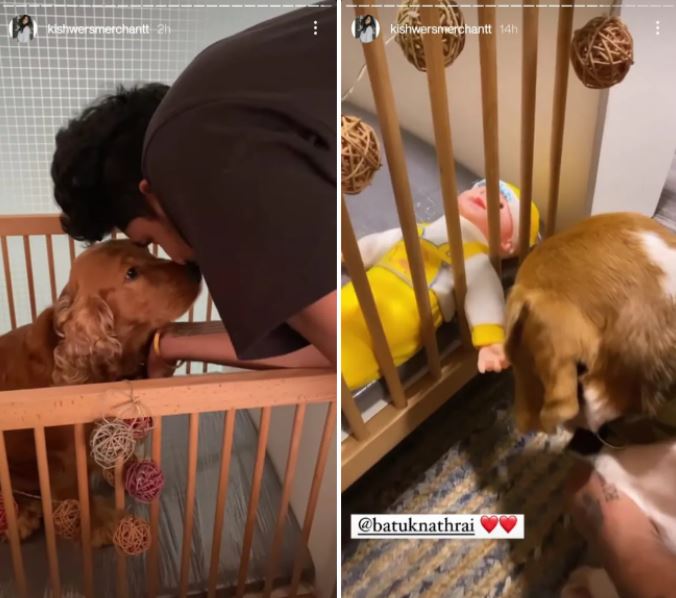 On June 24, 2021, Kishwer Merchantt had a lavish baby shower, and her nanad, Shruti Rai had shared beautiful glimpses from the same. From her 'bua-to-be’­ mode to showering love on Kishwer or capturing the moment between Kishwer, Suyyashh and their furball, Shruti had made everyone a part of her bhabhi's godh bharai rasam. 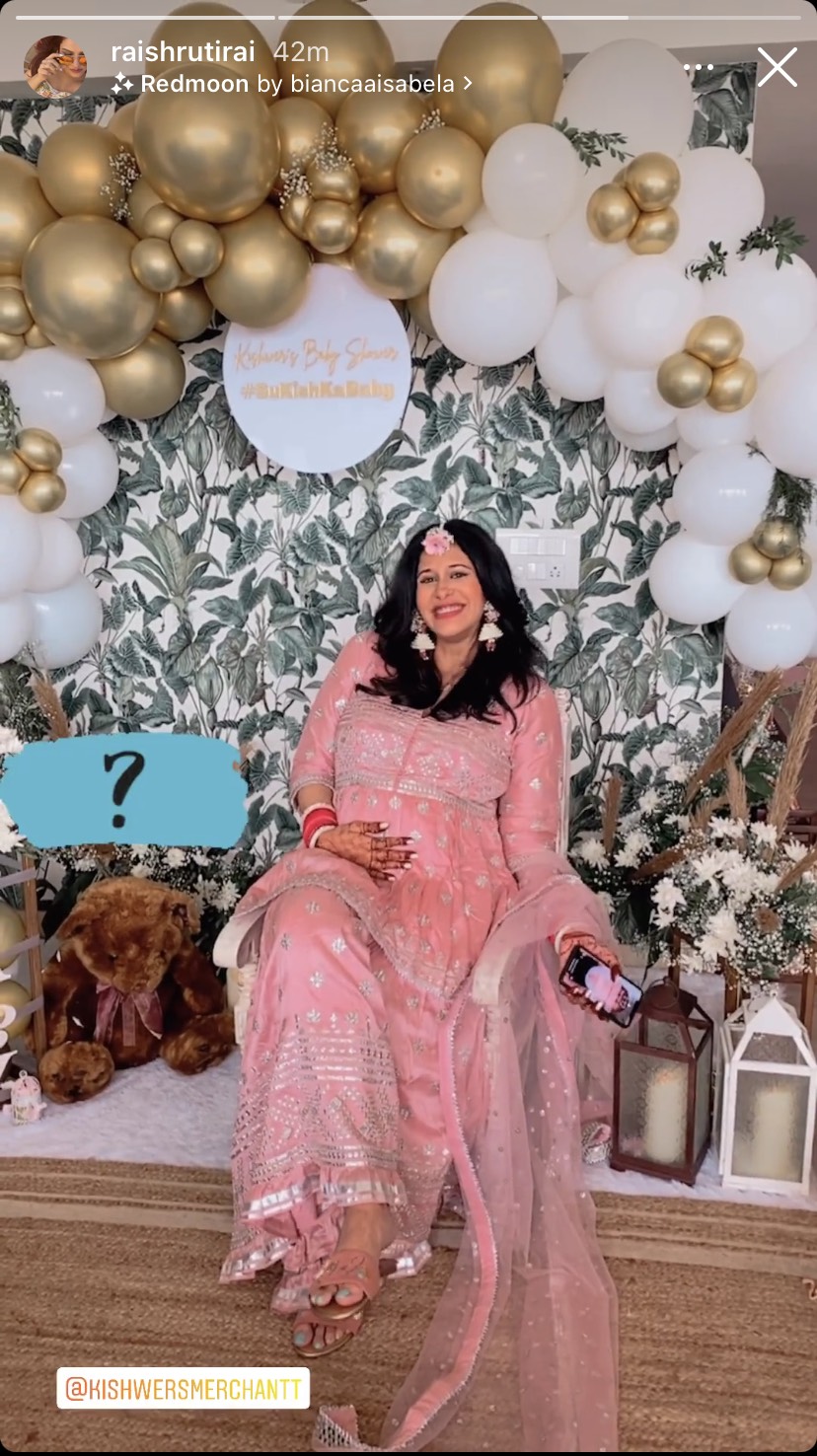 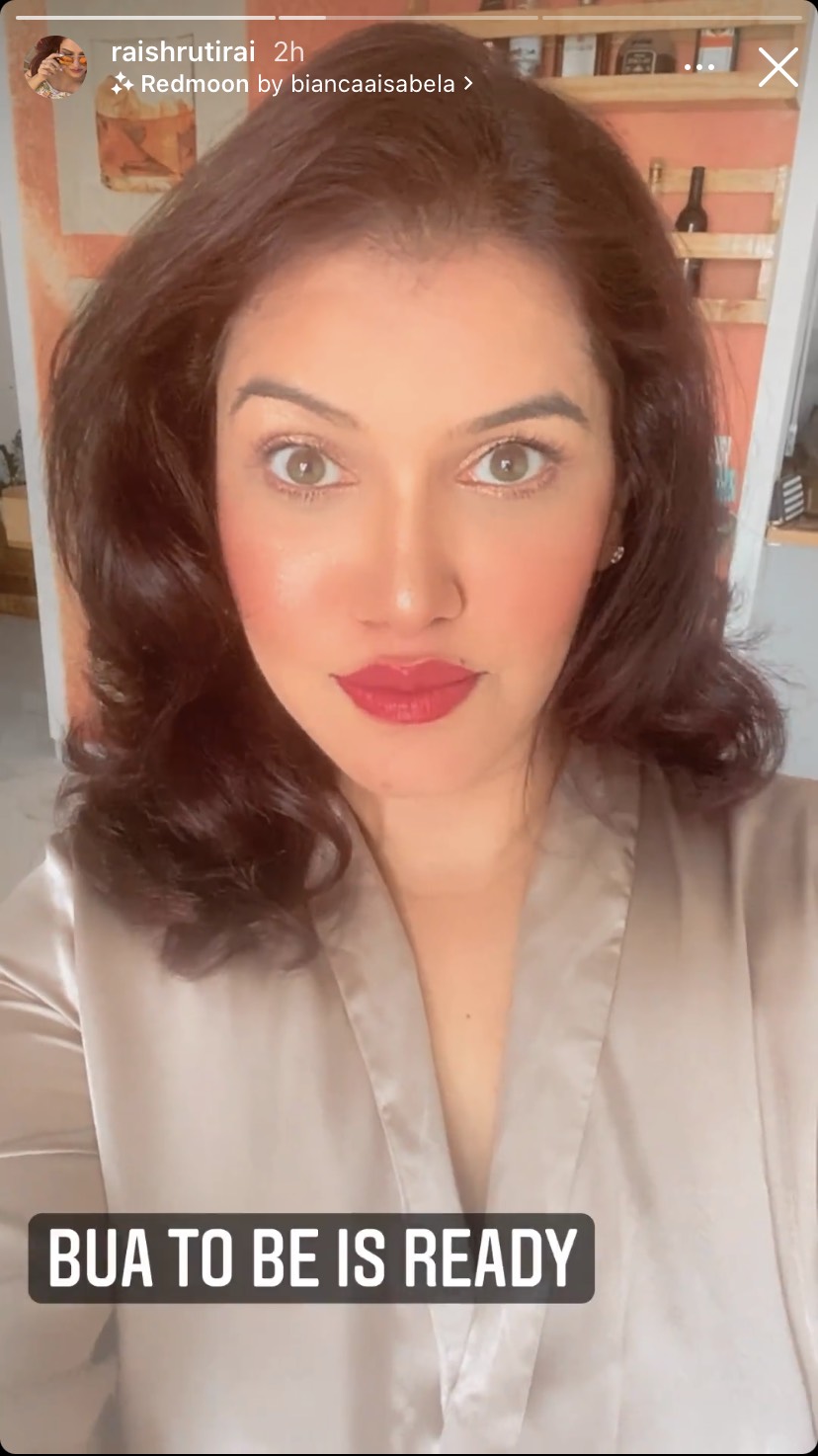 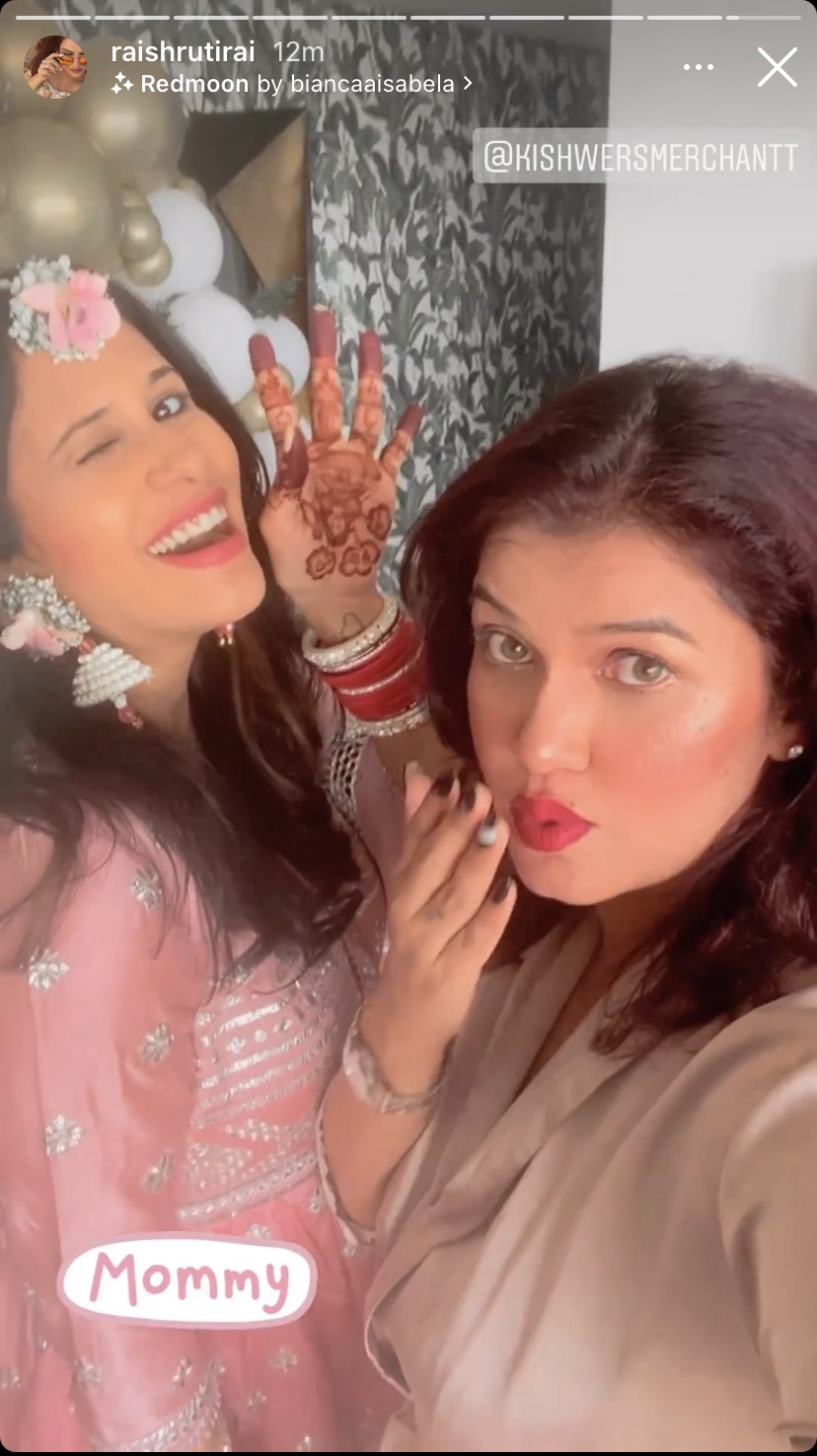 During the 8th month of her pregnancy, on July 17, 2021, Kishwer Merchantt and her nanad, Shruti Rai and her trainer, Wilson, had tried the viral dance trend. In the video, Kishwer could be seen wearing a black shirt dress and red sunglasses as she had followed the dance steps of her trainer. Her nanad, Shruti, then copied Kishwer's dance steps. However, it was the mommy-to-be's goofed-up steps that had made the video quite fun to watch. She had captioned it as "Mera dance jaisa bhi ho, had too much fun shooting this reel with the pro's @raishrutirai, @wilson_theleanmachine and #sukishkababy."

In June 2021, Kishwer Merchantt was 7 months pregnant. Her nanad, Shruti Rai had pampered her with delicious food as she had sent her chicken biryani. Kishwer had shared a Boomerang of the biryani with some dip on her IG stories and had written, "Thank u @raishrutirai", followed by a heart and kiss emoticon atop it. 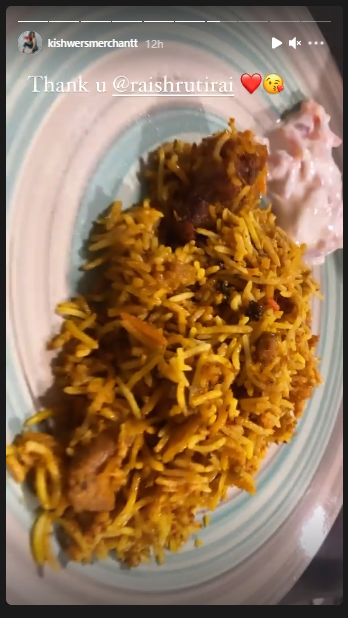 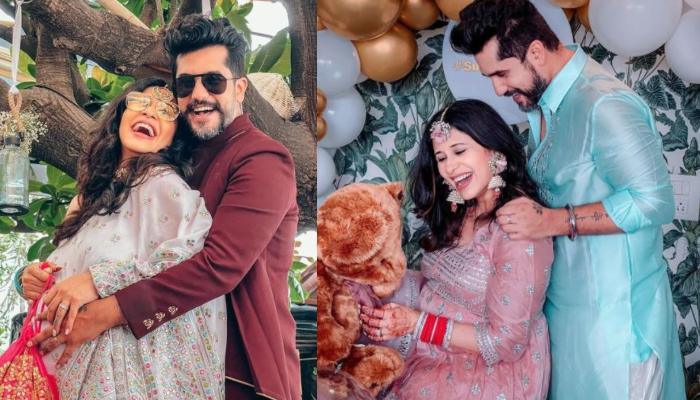 'Kishwer Merchantt And Suyyash Rai Welcome Their First Baby' is the headline of almost every news article or social media post on the internet. Television actress, Kishwer Merchantt had already revealed that she is due for delivery in August 2021. Well, not just her husband, Suyyash Rai or their family members, but