Kishwer Merchantt and Suyyash Rai's son, Nirvair Rai spends quality time with his 'dadu' as the two chill out together, watching TV.

Kishwer Merchantt and Suyyash Rai had welcomed their first baby on August 27, 2021, and since then, their baby boy has become their family’s jaan. From being pampered by bua, Shruti Rai to being loved by his dada, dadi and nani, Kishwer and Suyyash’s son, Nirvair is having the best time of his life.

A few days after Nirvair’s birth, Suyyash Rai had shared a picture on his IG handle, where his parents could be seen pampering their grandson. With Nirvair in the arms of his dadi, and his dadu looking at him with utmost love, it was indeed a sight to behold. Sharing the picture, Suyyash had written, ““TERI HARR ZIDD KA MATLAB PUCHUNGA… TU BAAP BANEGA JIS DIN, TUJHSE TAB PUCHUNGA…” Dadi-Dadu ka woh kehna sach ho gaya” 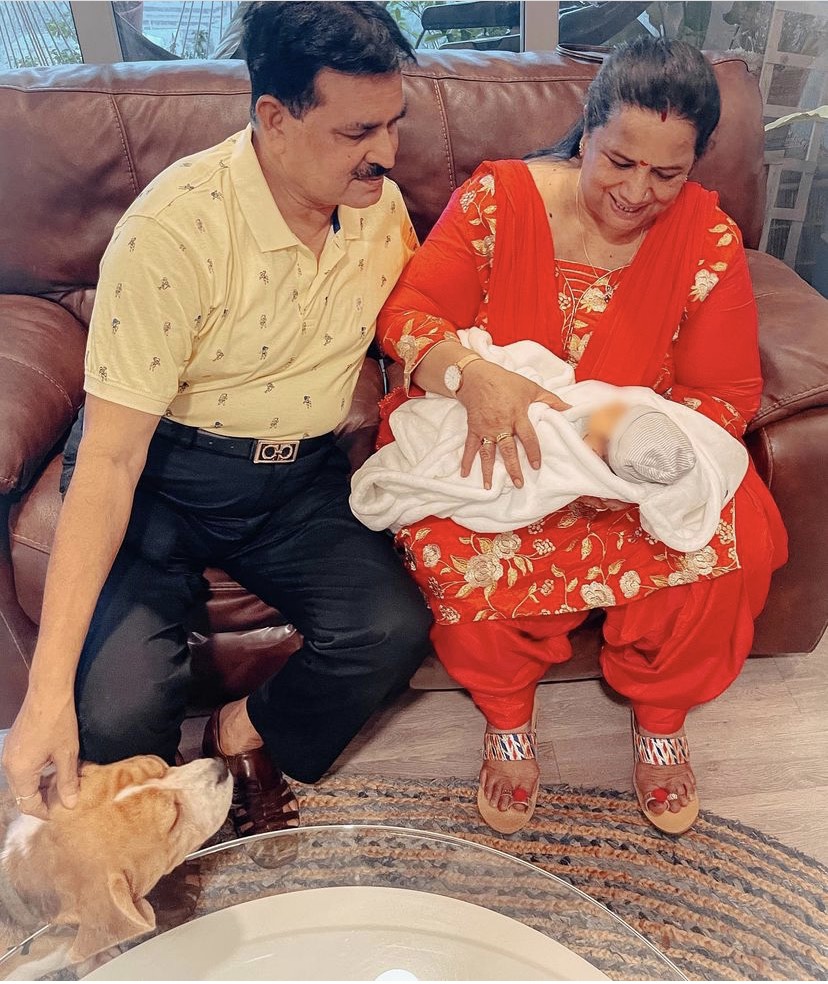 A few hours back, on Nirvair’s official IG handle, which is managed by his star parents, we got a glimpse of some dada-pota time. In the picture shared on his IG stories, Nirvair can be seen sitting on his dadu’s lap wearing a red onesie, while his dadu can be seen wearing a red and black t-shirt. The two can be seen enjoying having TV time. The caption atop the picture can be read as “Watching TV with Daadu”, followed by a red heart emoticon. Kishwer and Suyyash are often seen twinning with their little one. On October 15, 2021, Suyyash Rai had taken to his Instagram handle, to share a cute picture collage featuring him and his son, Nirvair Rai. Alongside it, he had written, “Pyo putt same same Burrraaaahhhh !!! @nirvair.rai #Punjabi.” In one picture, Suyyash was seen wearing a royal blue sherwani with a cream coloured dhoti, whereas in the other picture, Nirvair was wearing a cute buttoned shirt and shorts. Also, both father and son duo had worn a turban. 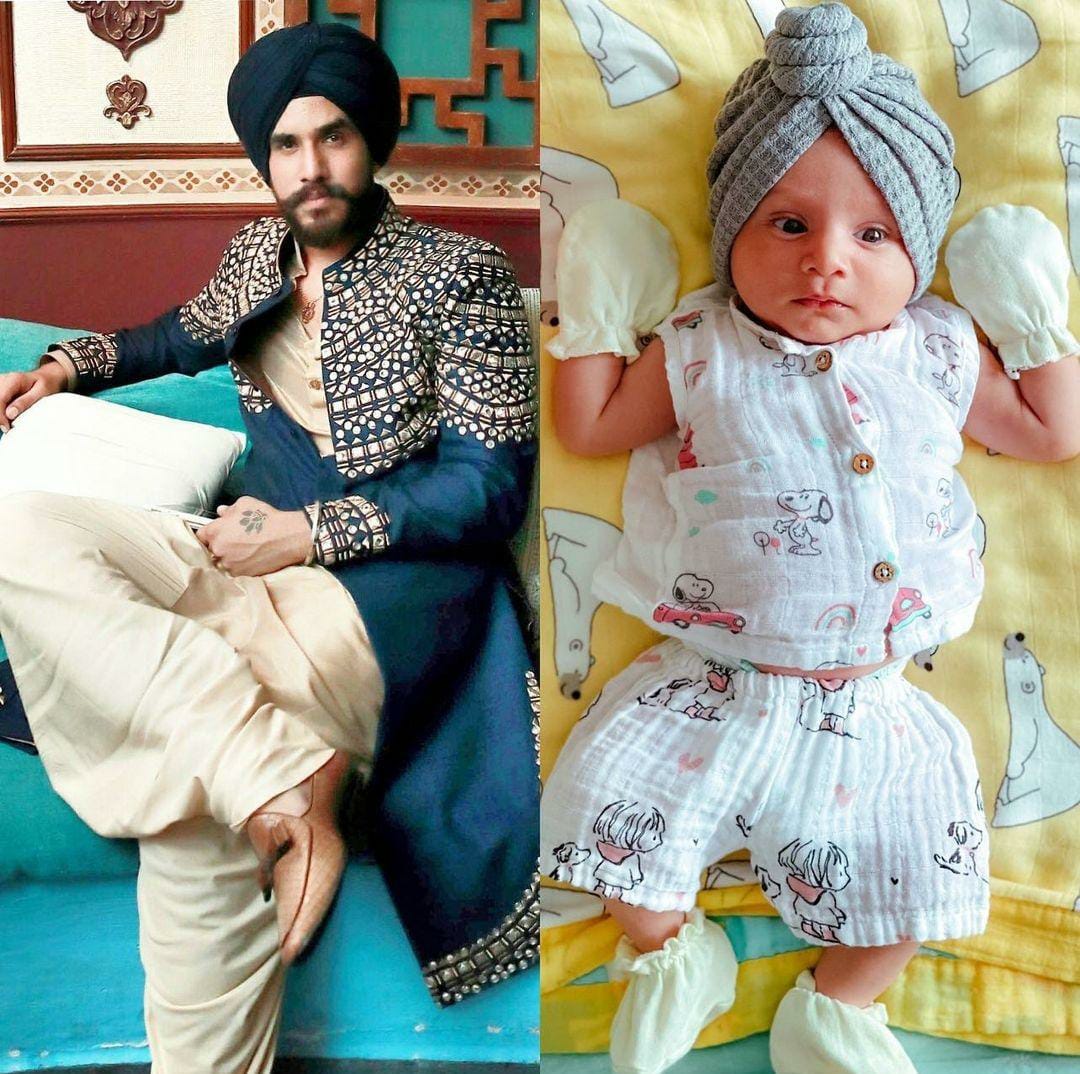 On October 6, 2021, Kishwer had taken to her Instagram handle and had shared a cute glimpse of her munchkin. In the video, we could see Kishwer and Nirvair twinning in yellow. The doting mommy, Kishwer had said, 'Hi', and Nirvair was trying to copy her in the video. Alongside it, Kishwer had written, "Bunnnnsyyy your last expression. I love."

A few days after the birth of their baby, Kishwer Merchantt and Suyyash Rai had announced their son's name. Sharing a lovely video, Kishwer had written, "NIRBHAU Maa ka "NIRVAIR" Beta. Hello World .. Meet "Nirvair Rai." On the other hand, Suyyash had penned a cute note that could be read as:

"Hello WORLD… meet NIRVAIR RAI. I've been repeatedly saying that this is the most beautiful feeling we’ve ever experienced. I wanna thank our families for making it even more special and the almighty for blessing us with this lil angel."

On September 15, 2021, Kishwer had taken to her Instagram handle to share a video wherein she was seen getting a matching tattoo with her husband, Suyyash, of their son, Nirvair's name. The video had recorded the process of getting inked as they had got their baby’s name tattooed on their necks. Alongside it, Kishwer had written, "issa vibe issa vibe ... #nirvairrai #sukishkababy @suyyashrai."

Don't Miss: Arjun Kapoor Wishes His Girlfriend Malaika Arora On Her Birthday With A Picture From Their Wine Date 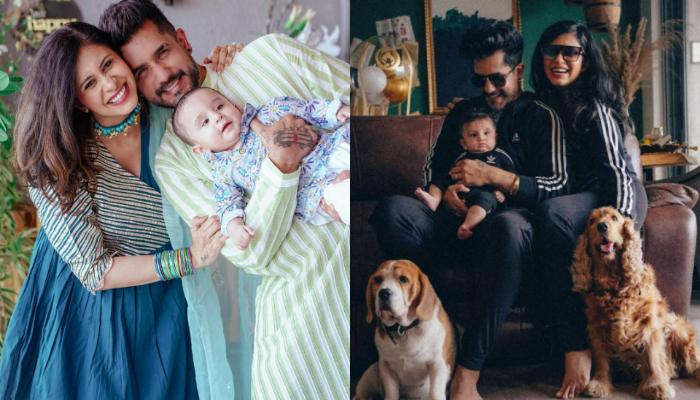